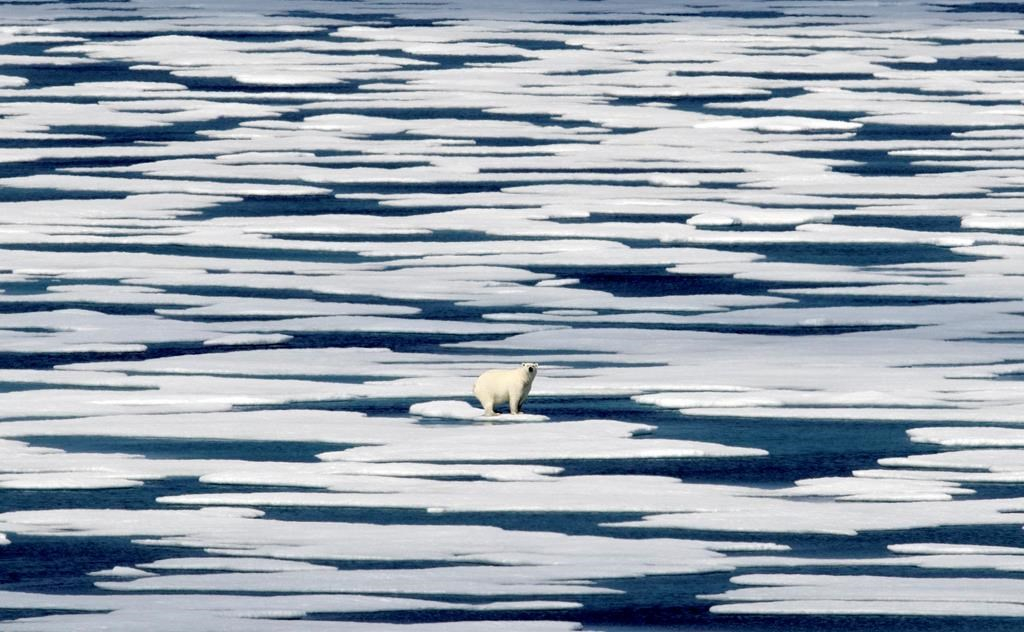 A polar bear stands on the ice in the Franklin Strait in the Canadian Arctic Archipelag on July 22, 2017. Three people are in hospital after a polar bear attack in Sanirajak, in Nunavut's Baffin region. File photo by The Associated Press/David Goldman
Previous story
Next story

Three people are in hospital after they were attacked by a polar bear in Nunavut's Baffin region.

RCMP said the three were badly injured but were expected to recover.

Officers were dispatched to a report of the attack near some cabins Tuesday afternoon outside Sanirajak, formerly known as Hall Beach, a community of about 850 people.

They were told three people had been taken to the local health centre.

Two women were later airlifted to the hospital in Iqaluit and a man was flown to a hospital in Ottawa.

RCMP said the polar bear was found dead at the site of the attack and transported to a wildlife office.

Although polar bear attacks are rare in Nunavut, there have been cases of fatal encounters with bears in recent years.

In 2018, 31-year-old Aaron Gibbons was killed by a polar bear outside Arviat, Nvt., while protecting his children.

That same summer, 33-year-old Darryl Kaunak was killed outside Naujaat while out hunting with two others.

Nunavut's environment ministry did not respond for comment on the latest attack.

Attack by grizzly in Montana kills woman sleeping in a tent