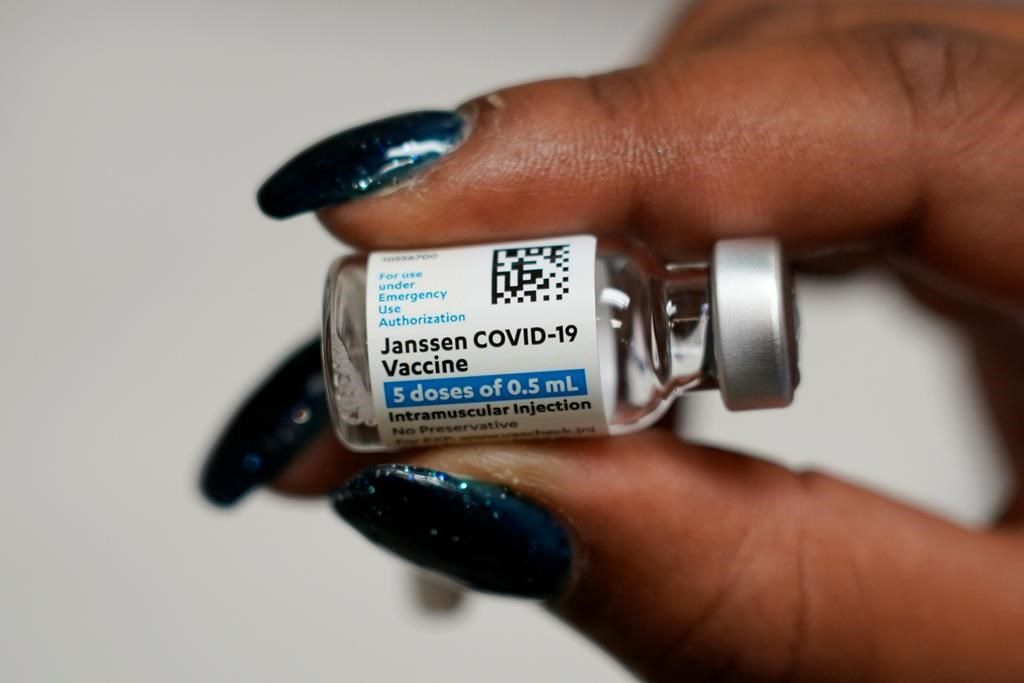 A nurse in Clarksdale, Miss., holds a vial of the Johnson & Johnson COVID-19 vaccine that was administered to seniors, on Wednesday, April 7, 2021. File photo by The Associated Pres/Rogelio V. Solis
Previous story
Next story

Canada is donating all 10 million doses of the single-dose Johnson & Johnson vaccine that it purchased but won't use, to low and middle-income countries.

International Development Minister Karina Gould announced the donation through the COVAX vaccine-sharing alliance on Thursday, as many developing nations continue to struggle with a shortage of shots.

Health Canada authorized the J&J vaccine in early March but is has never been used here.

The only shipment delivered — 330,000 doses that arrived in late April — was held in quarantine for months because of concerns of possible tainting at a production facility in Baltimore.

Health Canada ultimately determined the doses could not be verified and returned them to the company.

As with the other vaccines that Canada purchased, the government has not revealed how much it agreed to pay for the J&J shots.

The federal government announced last month that it would donate nearly 18 million doses of the AstraZeneca-Oxford vaccine to poorer countries.

At the time, Procurement Minister Anita Anand said after talking to the provinces, the federal government determined these vaccine doses were excess supply, as demand for the AstraZeneca vaccine had been met.

At the G7 meeting in June, Prime Minister Justin Trudeau pledged that Canada would give back at least 13 million doses it was set to receive through a contract with COVAX, on top of millions of dollars already set aside for the global vaccine effort.

The government also announced earlier this week that Canada would be sending 82,000 shots through a country-to-country agreement to Trinidad and Tobago.

Canada has now committed to donate a total of 40 million doses, Gould said.

Anand said the federal government plans to keep four million doses in reserve at all times to ensure Canada has enough of a supply for itself.

“The purpose of the reserves is to ensure that vaccines are on hand for Canadians when they are needed, while at the same time ensuring that doses are available for other countries,” Anand said.

“Canadian doses that are identified as surplus will be donated to international partners on an ongoing basis.”

Some critics have accused rich countries of hoarding extra doses while most of their populations are already vaccinated while those that are worse off are unable to get shots.

Canada to donate 17.7M doses of AstraZeneca and raise money for global vaccination