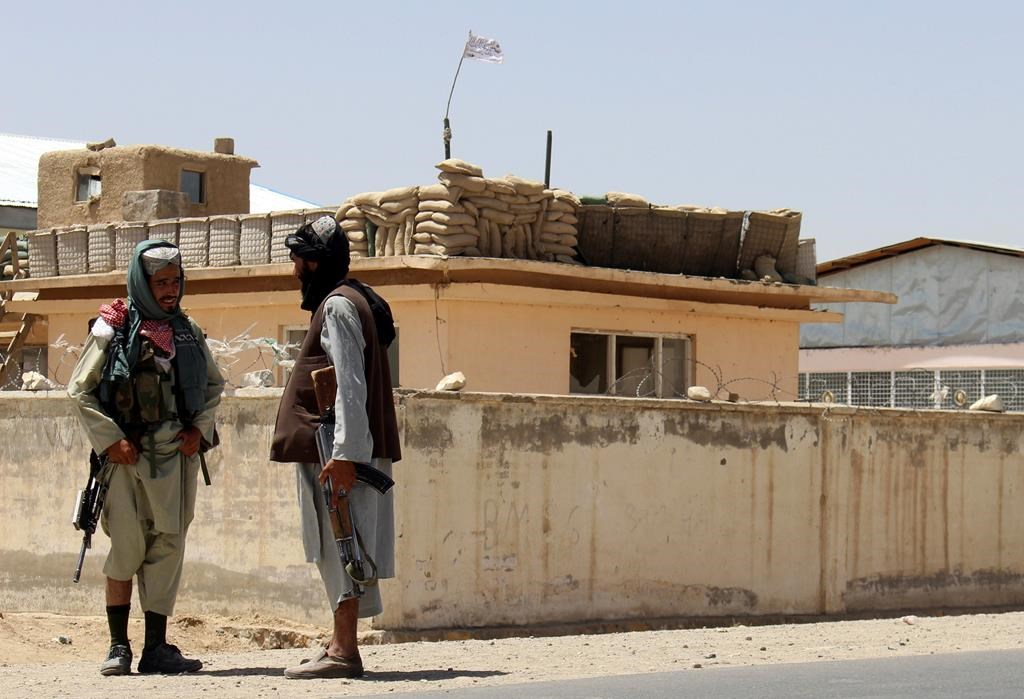 The Trudeau government is promising to resettle 20,000 refugees who have already fled Afghanistan even as months of frustration turn to outright fear over the fate of hundreds of former interpreters and their families still stuck in the country.

The deployment of those troops coincides with growing indications Canada and other Western countries are preparing to leave Afghanistan as the Taliban have captured a growing number of provincial capitals with lightning speed.

Those revelations and the speed of the Taliban advances have sparked alarm and confusion among already frustrated and desperate Canadian veterans who have been working tirelessly to help hundreds of Afghans who supported Canada over the years.

They have also prompted calls for the government to act with more urgency after announcing three weeks ago that immigration officials would expedite the resettlement of potentially thousands of former interpreters and their families.

Yet rather than announcing new measures to help those who helped Canada in Afghanistan over the past 20 years, Mendicino and the other ministers announced the government would also be helping Afghans who have already fled the country.

“Those refugees face an uncertain and volatile future in neighbouring countries, and Canada is here to help them as well,” Mendicino said during the news conference with Foreign Affairs Minister Marc Garneau, Defence Minister Harjit Sajjan and Minister of Women Maryam Monsef.

“In an initial effort to alleviate the emerging humanitarian crisis in the region, Canada will build on our earlier special immigration program to welcome over 20,000 vulnerable Afghan refugees in total.”

Those refugees will include women leaders, human rights activists, journalists, persecuted minorities and members of the LGBT community, Mendicino added, as well as the family members of former interpreters who have previously fled to Canada.

The refugees will come through the United Nations as well as family and private sponsorships, with Sajjan saying one Sikh group in Canada had already signed an agreement with the government sponsoring several hundred Sikh and Hindu families that have fled Afghanistan.

#Canada commits to help #Afghans who have fled as fears mount for those stuck inside. #CDNPoli

Mendicino and the other ministers meanwhile insisted immigration officials were continuing to process the applications of what Canadian veterans say are hundreds of former interpreters, cultural advisers, drivers, cleaners and others who helped Canada and are now in danger.

A military plane carrying Afghans to Canada had arrived in Toronto only hours earlier, Sajjan said, the fourth such flight to arrive since the government announced three weeks ago that immigration officials would expedite the resettlement of former interpreters.

“The defence team remains ready to support the whole-of-government effort to get these Afghan nationals out of harm's way,” Sajjan said.

“The Canadian Armed Forces will provide additional flights as required, and DND will continue to support the vetting process and advise on contingency plans for a range of scenarios as our government monitor the evolving security situation in Afghanistan.”

Yet the ministers would not provide much in the way of details about the state of the Canadian Embassy in Kabul, including whether it remains open or closed, citing operational security reasons.

Garneau did say Canada is working with Afghan officials to find a way around a requirement that anyone leaving the country have a passport, a requirement that veterans and grassroots groups say is a major obstacle to getting many of the interpreters and their families out of Afghanistan.

But the ministers also sidestepped criticisms that the government has largely sidelined those same groups despite their role in pressuring Ottawa to act in the first place, and have been working for months and years to identify and vet people who need help.

Andrew Rusk, the co-founder of advocacy group Not Left Behind, said hundreds of interpreters and other workers are now stuck in Taliban-controlled territory and are being hunted due to their service to Canada.

“Today’s announcement doesn’t address the imminent danger facing this group, which has worsened over the past weeks due to Canada’s delays and inaction,” said Rusk, whose sister-in-law Nicola Goddard was killed in combat with the Taliban in May 2006.

Another one of those calling for more urgency for the interpreters is retired major-general Denis Thompson, who commanded Canadian troops in Afghanistan in 2008-2009 and was one of three former two-star generals who wrote a letter last month urging Ottawa to act.

Prior to Friday’s news conference, Thompson told The Canadian Press that while he is grateful the government agreed last month to expedite the resettlement of Afghans who helped Canada, he was frustrated by the pace of the effort and the lack of information from officials.

“Yes, I'm a bit frustrated,” he said. “I'm happy that they actually acted, and that there's a process in place. But that process needs to be considerably accelerated or we're really going to be faced with a disaster, which I don't think any Canadian would be willing to accept.”

Thompson questioned not only the government’s refusal to say how many people have been rescued so far, which stands in contrast to the more open approach in the United States and elsewhere, but its refusal to provide any information about what is going on now.

“There needs to be more communication with these legitimate Canadian organizations that are connected to the Afghans who supported us in Kandahar, Kabul and across the country so that we can communicate the plan to them and speed the process,” he said.

Retired corporal Dave Morrow of the Canadian-Afghan Interpreters group also called for urgent action, including the deployment of military aircraft, but expressed fears time had all but run out for those still stuck in the country because of government foot-dragging.

“We could have done so much more,” Morrow said. “It's hard for me just to think about those that I know that are still there. What do I say to them now? … What are all the other veterans going say to their interpreters? Sorry? Good luck?”

Liberals' feminist aid approach in Afghanistan has had successes and failures, review shows