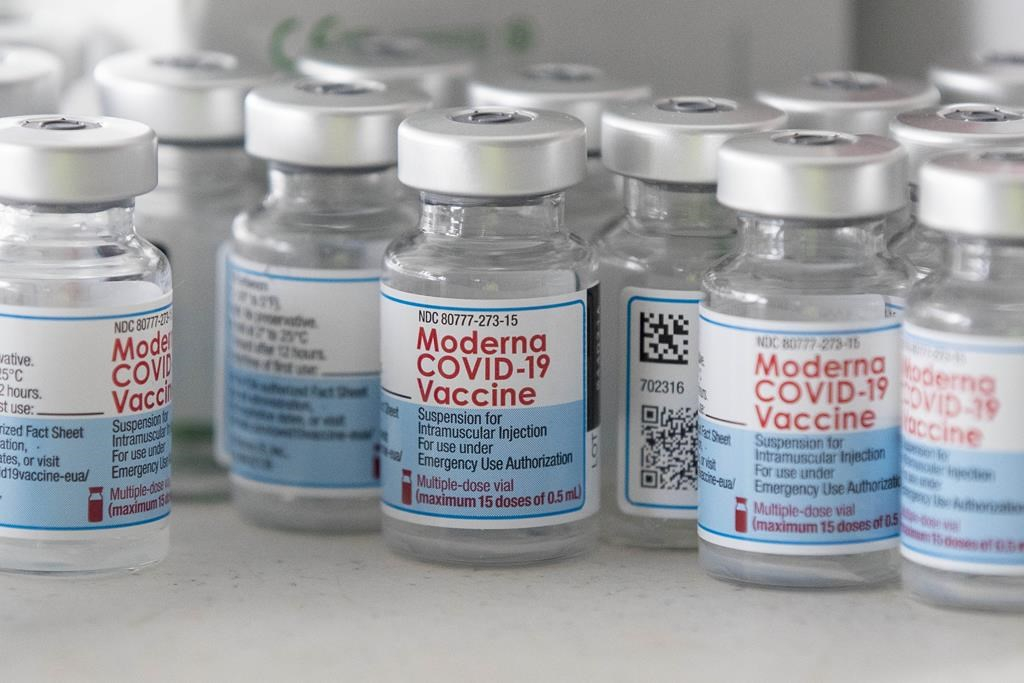 Prime Minister Justin Trudeau says Canada will buy another 40 million doses of Moderna's COVID-19 vaccine over the next two years.

Trudeau tweeted about the agreement with the Massachusetts-based drugmaker, saying the deal could be extended into 2024.

Update: We’ve reached an agreement with Moderna for additional supply of its COVID-19 vaccine for 2022 and 2023, with an option to extend into 2024. This agreement guarantees access to 40 million doses - and has options that provide access to up to 65 million more.

He says there are also options baked into the deal that would grant Ottawa access to as many as 65 million doses if needed.

Earlier in the week, the company signed a memorandum of understanding with the federal government that will see Canada host Moderna's first foreign operation.

It's not yet clear how much money Canada has offered to Moderna for the project.

Canada already has enough vaccines to fully inoculate all those currently eligible, but uptake on the shots has slowed in recent weeks.

The government is urging everyone to get vaccinated, as the country's top doctor says the fourth wave of the pandemic has begun.

The new wave is being driven by the much more infectious Delta variant, and Dr. Theresa Tam says the vast majority of new cases are among unvaccinated segments of the population.

"Nationally, there are now over 13,000 active cases — more than double from two weeks ago," she said.

Data on vaccine deliveries, distribution and injections provided by Health Canada and the provinces show almost 22 million doses have been delivered to Canada but not yet used.

That includes a national "reserve" of nearly 10 million doses, and more than 11.7 million doses delivered to provincial and territorial governments that have yet to be administered.

Almost 23.6 million Canadians are now fully vaccinated, or 71.3 per cent of all people at least 12 years old.

Ottawa will make vaccines mandatory for federal employees, many travellers