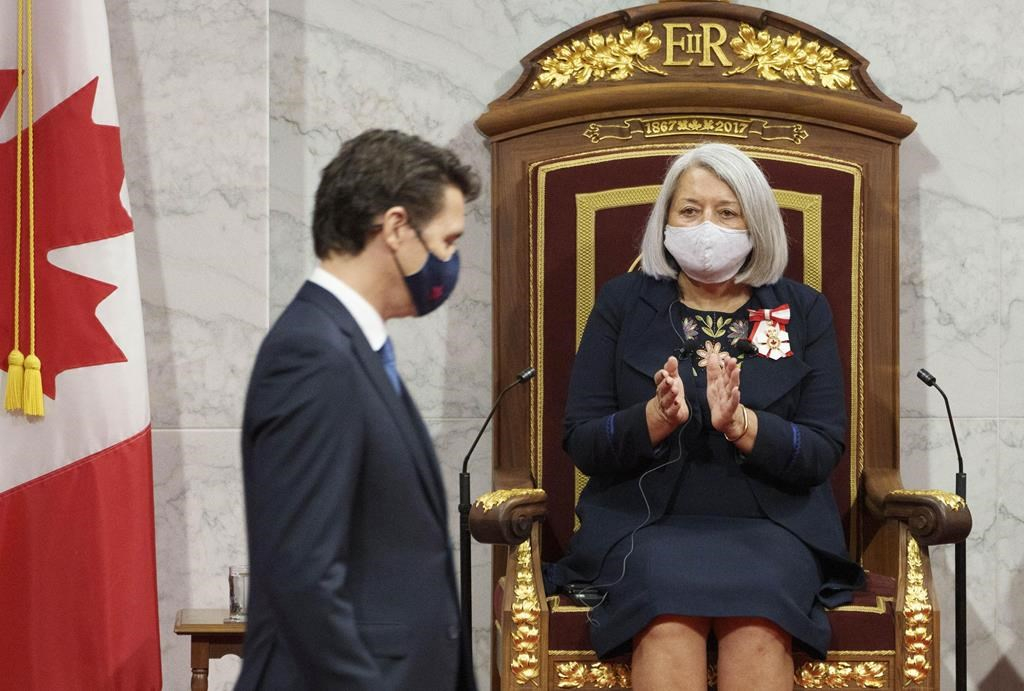 A federal election campaign became all but imminent on Saturday as the office of Prime Minister Justin Trudeau confirmed plans to visit the Governor General in hopes of triggering a national vote.

He's expected to arrive at Rideau Hall at 10 a.m. on Sunday morning, according to his official itinerary, which indicates he'll be accompanied by his wife, Sophie Gregoire Trudeau.

Once there, he's expected to meet with newly minted Gov. Gen. Mary Simon to request that she dissolve Parliament, a precursor to the official start of a federal election. A formal call is expected at a news conference to be held shortly after their meeting.

An election date has not formally been set, though it is expected that Canadians will head to the polls on Sept. 20, which would be the minimum length of time allowed for a federal campaign.

The election call, if given the green light by Simon, will unfold as a fourth wave of the COVID-19 pandemic begins to sweep across the country and amid opposition accusations it is reckless and unnecessary.

Trudeau's Liberals, however, argue Canadians deserve a chance to rate the government's handling of the crisis and to decide whether they agree with its ambitious and costly plan to rebuild the economy once the pandemic recedes.

The Liberals have also maintained that a minority Parliament had become toxic and dysfunctional and that they need a strong majority mandate in order to implement the recovery plan.

Opposition parties dismiss these claims, pointing out that the government has not lost any confidence votes, including on its spring budget. The contend that holding an election during a pandemic is irresponsible and dangerous, but have nonetheless been crisscrossing the country on campaign-style stops in recent weeks.

Trudeau is launching a campaign just short of two years after the last vote, when the Liberals were reduced to a minority government, and polls suggest it's far from certain the party can snag a majority this time.

But the Liberal leader is gambling that general satisfaction with his handling of the pandemic — and the unprecedented billions doled out in emergency aid — will propel them past the 170 seats needed for a majority in the 338-seat House of Commons.

Conservative Leader Erin O'Toole, for his part, will likely seek to seize on his party's reputation for fiscal restraint as anxieties grow over inflation and rising debt levels following a massive $354-billion deficit for 2020-21, which pushed Canada's net debt past $1 trillion for the first time ever.

NDP Leader Jagmeet Singh, adopting a tax-the-rich populism and an upbeat tone, is set to argue he pried pandemic relief out of a reluctant minority government, including beefed-up wage subsidies, emergency benefits and sick-leave payments.

Meanwhile, the Bloc Québécois' Yves-François Blanchet is targeting Conservative seats in and around Quebec City where he hopes his message of nationalism — though not outright sovereignty — will resonate.

The Liberals currently have 155 seats, the Conservatives 119, the Bloc Quebecois 32, the NDP 24 and the Greens two. There are also four Independents and one vacancy.