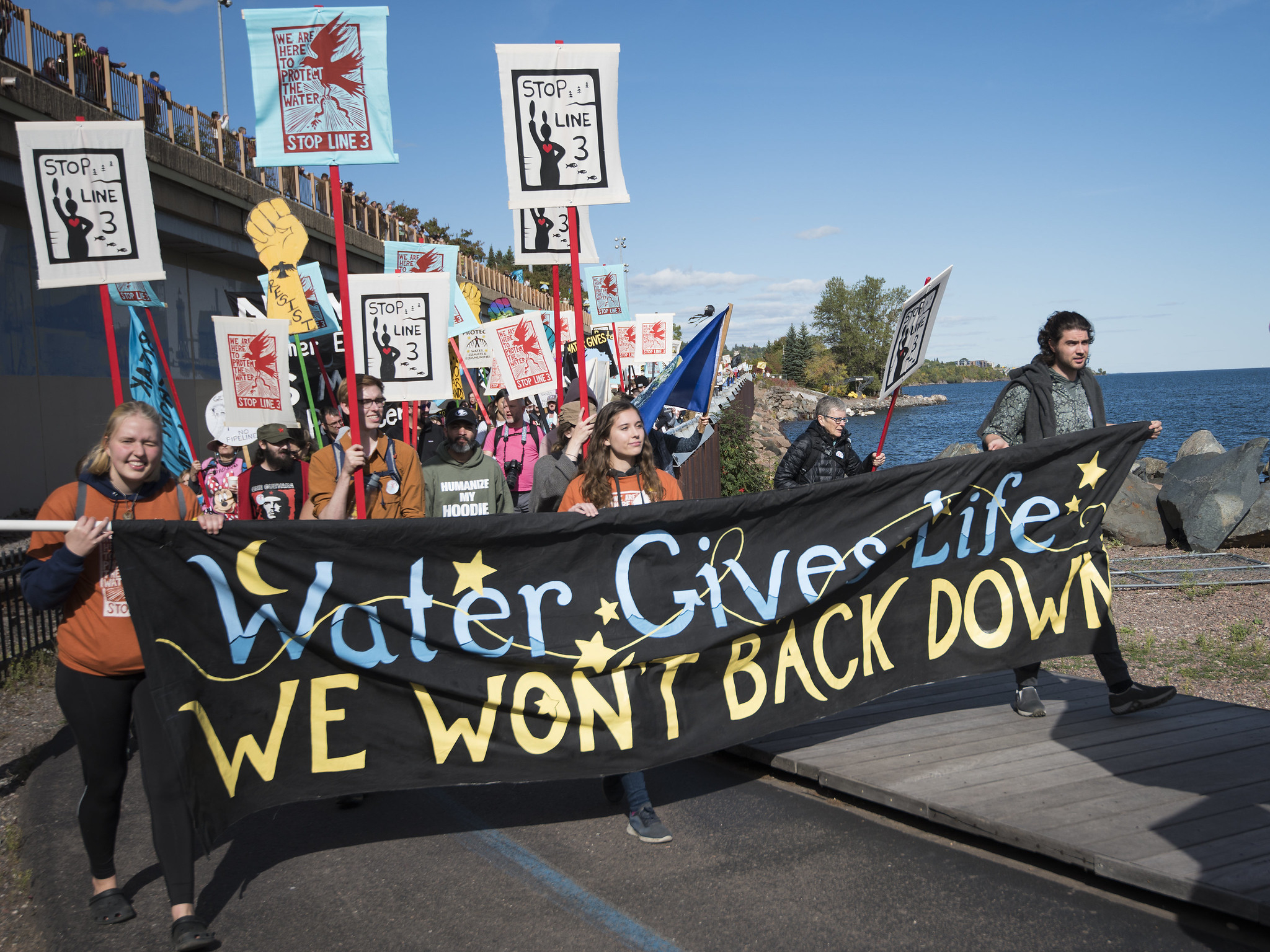 The tribal lawsuit, among other things, accuses the Minnesota Department of Natural Resources of failing to protect the state’s water. Photo by Fibonacci Blue / Flickr (CC BY 2.0)
Previous story
Next story

MINNEAPOLIS — The state of Minnesota has gone to federal court to block a lawsuit over Enbridge Energy's Line 3 oil pipeline project from proceeding in tribal court.

The novel case names Manoomin — the Ojibwe word for wild rice — as the lead plaintiff. Wild rice is sacred in Ojibwe culture and a traditional source of food. The lawsuit, which was filed two weeks ago in the White Earth Band's tribal court, is the first “rights of nature” enforcement case brought in a U.S. tribal court and the second such case to be filed in any U.S. court. The first was a Florida waterways case filed in April, according to the Center for Democratic and Environmental Rights.

The Minnesota Department of Natural Resources (DNR) filed for an injunction in U.S. District Court on Thursday to quash the wild rice lawsuit, the Star Tribune reported Friday. The state agency said the tribal court doesn't have jurisdiction to hear the case because the DNR and its employees named in the lawsuit are not members of the White Earth Band, and it argues that the tribe lacks jurisdiction over non-members for actions occurring off the reservation.

The lawsuit, filed by the tribe, advances a legal theory that nature itself has the right to exist and flourish. The plaintiffs also include several White Earth tribal members and people who have protested along the Line 3 construction route across northern Minnesota. More than 700 people have been arrested in the protests.

Project opponents have argued that Line 3 would risk oil spills into waters where wild rice grows, and aggravate climate change. The tribal lawsuit, among other things, accuses the DNR of failing to protect the state’s water by allowing Enbridge to pump up to five billion gallons of groundwater from construction trenches despite the current drought. The agency says allowing the pumping won't significantly impact nearby wetlands or surface waters.

The tribal court ruled Wednesday that the lawsuit can proceed. The next hearing is scheduled for Aug. 25.

Construction on the Minnesota segment is nearly 90 per cent complete, Juli Kellner, a spokeswoman for Calgary-based Enbridge, said Friday.

Line 3 carries crude oil from Alberta to Enbridge’s terminal in Superior, Wis. The sections in Canada, North Dakota, and Wisconsin are complete.

Enbridge said the project is needed because the current Line 3, which was built in the 1960s, is deteriorating and can run at only half its original capacity.