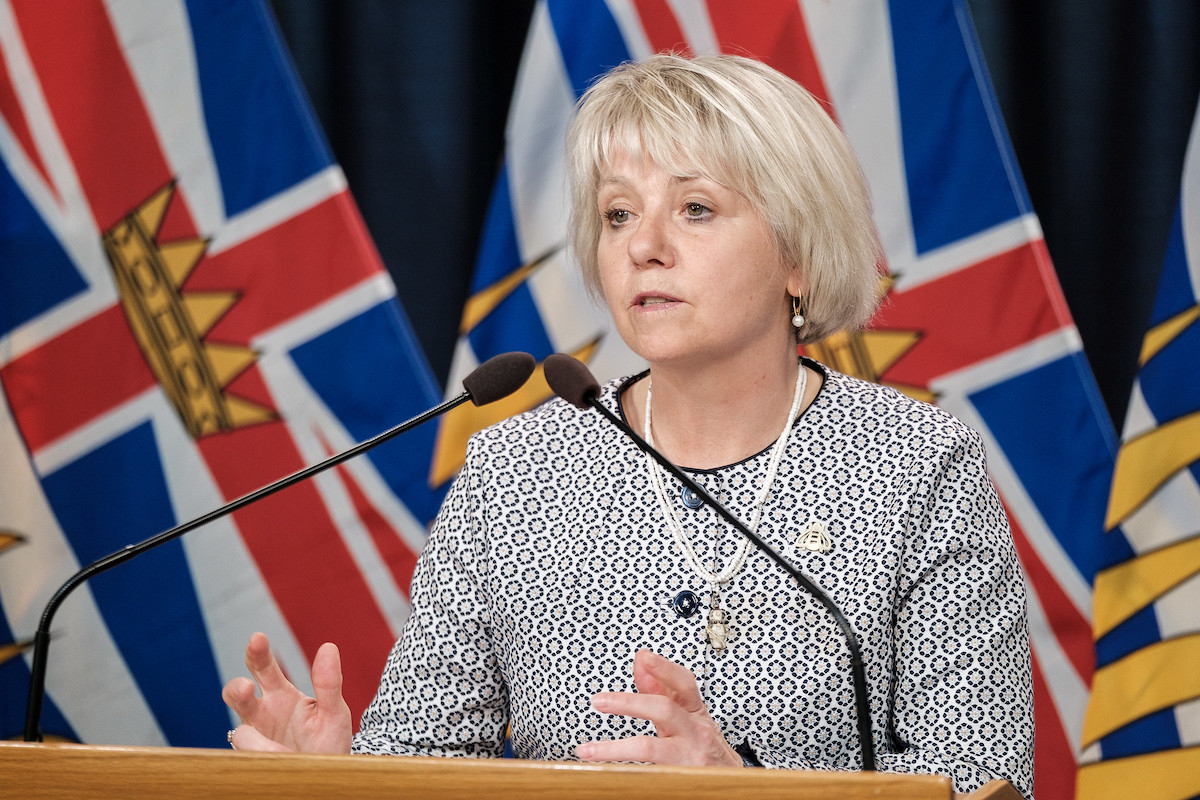 VICTORIA — British Columbia residents will need a vaccine card to get into restaurants, clubs, ticketed sporting events and organized affairs like weddings as the risk of infection is currently 10 times higher among those who are unimmunized.

Premier John Horgan said Monday the card will give people the confidence to attend non-discretionary activities and businesses, especially as the province is unlikely to move into the last step of its restart plan on Sept. 7 as the Delta variant leads to a sharp uptick in cases.

Over 83 per cent of those who are eligible for a vaccine have received one dose and nearly 75 per cent have been fully vaccinated, suggesting the majority of residents support proof of vaccination, he said.

Horgan said the province is working with the federal government and he has spoken with Quebec Premier François Legault about that province's requirement for proof of both doses starting Sept. 1 for people wanting to participate in social and recreational activities.

The government has been working with the privacy commissioner to ensure data on the B.C. Vaccine Card, which can be downloaded onto phones, is kept secure, the premier said.

Provincial health officer Dr. Bonnie Henry said starting Sept. 13, B.C. residents will have to show proof of having had a single dose of a vaccine to enter gyms, fitness centres and casinos.

After Oct. 24, those aged 12 and up will need to be fully vaccinated at least seven days earlier and only children below that age will be exempt from entering establishments if they are with adults who have been fully vaccinated.

Henry said the new measures will help reduce transmission of the virus and allow businesses to remain open for those who are protected by vaccines.

"Over the past month, up until the end of last week, people who've not been fully vaccinated account for almost 90 per cent of all of our cases and over 93 per cent of hospitalizations," Henry said.

"To put it in context, we have a rate of 28 per 100,000 cases in people who are unvaccinated, compared to two per 100,000 for people who are fully vaccinated. What that tells us is that your risk is 10 times higher if you've not been protected through vaccine."

Businesses will be required to look for proof of vaccination at least until January, but that may change depending on the number of cases as people spend more time at indoor social settings during the respiratory season, Henry said.

British Columbia is bringing in a vaccine card for residents to get access to restaurants, clubs, sporting events and other activities. #BCpoli #COVID

There won't be any exemptions for those who haven't had two shots because it's a temporary measure, likely until January, to get the province through a risky period, and the events are not essential, Henry said.

"It is really important that what we're trying to do is be able to allow these discretionary events to be able to continue in a way that is safe for the vast majority of people who have been immunized."

Provisions for those without a phone include access to a call centre, but further details will be provided after the Labour Day weekend and there will be a process for fully vaccinated visitors from outside the province to access the same services.

Both Horgan and Henry had previously suggested proof of vaccination would not be required, but that was before the seven-day moving average of COVID-19 cases jumped to 557 last week, up from 36 in early July.

Stephen Hoption Cann, an epidemiologist at the University of British Columbia's school of population and public health, said the proof of vaccination requirement was only a matter of time in keeping up with other jurisdictions trying to kick-start their economies.

"I think we're realizing that we can only go on so long economically before we run into a huge amount of debt," he said.

However, he said it makes sense to also require health-care workers in all settings to be vaccinated, after B.C. made it mandatory for those employed in long-term care and assisted living facilities to have both doses by Oct. 12.

Health Minister Adrian Dix said the province is looking at mandatory vaccination in other areas in health care.

The Greater Vancouver Board of Trade welcomed the announcement of the vaccine card, saying it provides clarity for businesses making decisions around protecting the health and safety of staff and customers as many establishments struggle to manage labour and supply shortages.

“It’s imperative that the provincial government works closely with business owners to ensure a seamless transition to the B.C. Vaccine Card, one that protects front-line staff, ensures the technology is widely accessible and available, and is compatible with similar efforts across the country.”

This report by The Canadian Press first published Aug. 23, 2021.