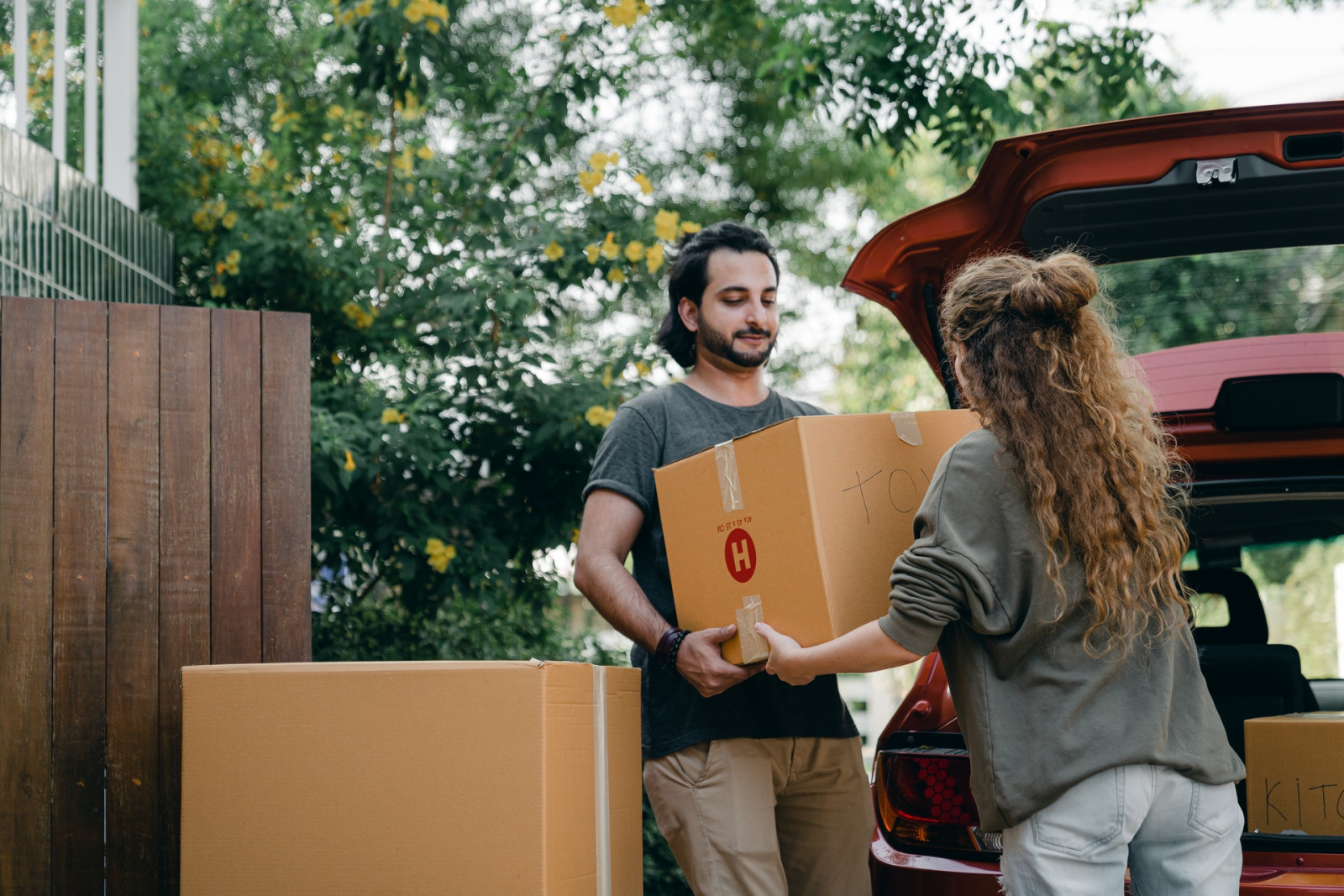 In an election that looks increasingly like it will be defined by growing concerns about affordability, housing is beginning to take its rightful place at centre stage. But while there’s rare consensus among all major party leaders on this issue, their actual proposals still leave much to be desired. Some of them, in fact, stand to do more harm than good.

Case in point: Over the weekend, NDP Leader Jagmeet Singh suggested that rising rents across the country are the prime minister’s fault and that he would throw money at renters in order to help fix the problem. “We will give $5,000 to people who rent, and close loopholes that protect and allow rich developers to build unaffordable apartment buildings,” Singh wrote on Twitter.

Never mind, for the moment, that rising rents are almost entirely a function of municipal and provincial policies. The real problem here is Singh’s proposed solution would add demand to an already overheated rental market while simultaneously suppressing potential sources of additional supply. He may have diagnosed the problem correctly, and it’s good to see such explicit support for renters and renting, but Singh’s prescription here would only end up killing the patient.

Homeowners shouldn’t feel left out, though, because Singh has some bad medicine for them as well. His party’s platform includes a promise to reintroduce 30-year mortgages for first-time buyers, and doubling the Home Buyers’ Tax Credit rebate to $1,500. How this would help cool markets like the ones in Vancouver or the Greater Toronto Area is a mystery, but Singh is hardly the only New Democrat who seems to think the best way to make housing more affordable is by increasing demand. The Ontario NDP’s housing plan, after all, would give homebuyers an equity loan of up to 10 per cent of the price of their first home — a policy that would only add more fuel to the flames.

Singh and the NDP aren’t the only ones trying to fight a fire with gasoline, though. While Erin O’Toole’s housing plan makes a far bigger point of supporting the development of new housing supply, it also includes incentives aimed at expanding access to mortgage insurance and reducing the stringency of the mortgage stress test, both of which are clearly supportive of demand. It also, once again, makes a bogeyman of the idea of taxing excess capital gains on people’s homes — one that would actually do something to cool markets and help younger Canadians.

The Liberal plan, meanwhile, is still conspicuously light on details about how it would improve affordability. All the Liberals have to offer so far is a pledge to “undertake a review of escalating home prices in high-priced markets … to determine whether speculation is driving up the cost of housing,” and a promise to expand a GST rebate on residential rental properties, which would amount to an estimated $125 million per year. They may not be promising to douse the fire in more gasoline, and their recent changes to the mortgage stress test helped remove some of the fuel from Canada’s housing market, but when it comes to their firefighting efforts, they seem to be using an eyedropper rather than a bucket.

None of the major parties are acting with the sort of urgency that’s required, and none seem to understand what’s really necessary to deliver meaningful progress when it comes to housing affordability in Canada. As economist Mike Moffatt said on Twitter, “There’s only two real solutions to housing costs: Increasing housing supply (or) decreasing housing demand (vacancy tax, taxes on speculation, etc.) Yet every party wants to ‘solve’ the problem by *increasing* demand. It’s bananas.”

Even the demand-side solutions that have been proposed aren’t nearly strong or stringent enough to move the needle very far. Cracking down on foreign speculation is a useful way for governments to raise revenues and protect Canadians, but B.C.’s recent experience (where a speculation tax hasn’t exactly crashed prices) should be proof that it can’t do the job on its own.

As Moffatt says, the real solution here is supply. And if we’re going to build it without massively increasing urban sprawl and the environmental toll that incurs, we’re going to have to add density in Canada’s biggest cities. That won’t happen without a fight, especially from existing homeowners who don’t want to see it added to their neighbourhoods. Even Margaret Atwood, the patron saint of progressive politics in Canada, can fall prey to the lure of NIMBYism.

But if we want to see housing become more affordable for younger Canadians, this is the fight our federal politicians need to focus on. Millennials, for their part, need to make this a ballot issue — and force their elected officials to move past the more comfortable demand-side policies and get serious about supply.

Demonizing landlords and foreign buyers make for easy politics, and promising to help new homebuyers is an obvious winner. Actually solving Canada’s affordability crisis will require leadership and courage, and we’ve yet to see much of that from anyone so far.

Increasing supply has been

Increasing supply has been the mantra of successive municipal governments and their PR machines here in Vancouver, and we have many empty skyscrapers and many very rich developers to show for it, and little else. At the risk of understatement, cynicism might not be misplaced. I would like to hear from experts on how a supply-side intervention could actually work.

I would like to suggest that the people of B.C. take a deep interest in what has happened in the UK when the government introduced inducements for people to buy houses (that were not there to any degree) with extra money etc. It has failed and because of that social warefare comes very close in its response to this so called inducement.

IMO one of the major long

IMO one of the major long term triggers of this crisis was the exit of various layers of government from the direct government building of cheap housing. They should start doing it again, on a large scale. Trying to get the private sector to do it is a dead end because the private sector absolutely does not want to build housing that people can rent for cheap--where's the money in that? No matter what incentives governments try to put in place, private sector developers will always manage to find or lobby for some loopholes that will let them collect the incentive while building what they wanted to build instead.

Which brings us to the bit where this article is disingenuous: It entirely fails to mention the NDP commitment to build 500,000 homes in the next decade. Which is probably not enough, but it's already enough to be scary to the mainstream media, which will probably avoid reporting it or, if they do, will accompany it with the usual "But where will they get the MONEY?!" that never seems to come up when it's a matter of corporate welfare.

I think it's a bit unfair if your article's whole point is saying "The parties should be doing something about SUPPLY" to completely ignore a party's main plank on supply--especially when it seems to be a bigger part of their housing policy than the demand stuff.

Housing supply is the main

Housing supply is the main way to slow the increase and stabilize prices. This was correctly iterated by the author, but countered by his dig against the federal NDP (not the first one) which has new supply of affordable public housing clearly listed in its agenda. What are the author's motives in "missing" this important fact?

Condos and detached houses are apples and oranges. Vancouver's developers built lots of condos on the easy sites, namely in high-density areas and on former industrial lands. Even with the addition of tens of thousands of condos and the doubling of the downtown population, 80% of all residential land accommodates just 30% of all housing. The 80:30 geometry is very powerful and has never been countered by the critics of supply solutions.

Beyond downtown and the town centres, Vancouver suffers from low density sprawl as much as any other city but with one key difference: the land supply has run out. What happens to the price when supply is constrained? In Vancouver, detached homeowners know from their assessments that the land is worth more than the house.

In their zeal to slam foreign money and corruption, critics have forgotten all about the other major price boosters like the aforementioned lack of land supply, a decade of cheap money, ordinary local demand, local speculation, the early inheritance transfer of tens of billions from Boomers to their progeny, a stunning natural setting, a growing economy, etc. etc., all pushing and pulling both supply and demand.

Which critic will be the first to call a halt to the billions flowing from Hong Kong democrats (300,000 of them are Canadian) into Canadian banks, much of it destined for real estate, as a means to protect their liquid assets from the Communist Party crackdown on democracy?

Build more housing using less land. Despite the singular laser focus on foreigners replacing existing homes with larger homes at a 1:1 basis and the resulting hit on prices, Vancouver had a demographic growth rate of 13% over the last decade. That's 81,000 more people than we had in 2011. All neighbourhoods in the city absorbed their fair share with one exception: the large lot west side, which actually shrank in population.

It's time for some courage. There are two supply-oriented policies that need to be acted on, like yesterday.

One, build at least 50,000 units of government rental housing, make at least 10,000 of them subsidized for lower incomes, people with disabilities and homes for the homeless with attendant on-site social services. Make the rest non-profit, low and mid-rise market rentals and co-ops, all acting as a counterweight to market speculation.

Two, break the curse of Cremeland and finally, at long last, allow the subdivision of those huge 8,000 square foot McKenzie Heights lots into small houses on fractional lots, fee simple (freehold) rowhousing and low rise apartments. Allow at least half to have lock-off rental suites that increase a family's income. A politician doing this will take a hit in the next election from the local NIMBYists, but that's what courage is about.

In both cases public investment in transit, schools and energy retrofits is absolutely necessary. On the climate file, BC's Step Code and Vancouver's energy policies will ensure all new and renovated structures will be very energy efficient and free of most, if not all, fossil fuels like gas.

We are beyond ready.