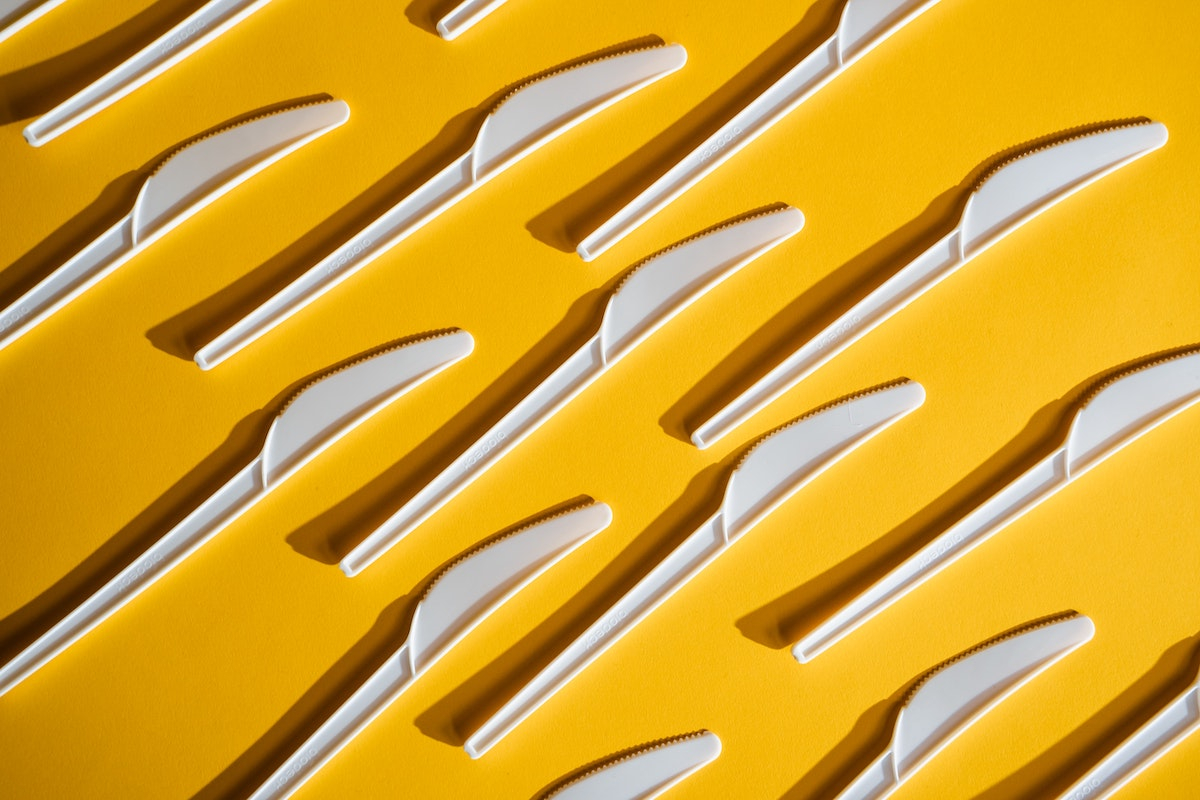 The average person uses 18 throwaway plates and 37 single-use knives, forks, and spoons each year, while plastic litter kills more than a million birds and 100,000 sea creatures every year around the world. Photo by MART PRODUCTION / Pexels
Previous story
Next story

Single-use plastic plates and cutlery, and polystyrene cups will be banned in England under government plans, as it seeks to reduce the plastic polluting the environment.

A public consultation will launch in the fall and the ban could be in place in a couple of years. The move was welcomed by campaigners, but they said overall progress on cutting plastic waste was “snail-paced,” with the EU having banned these items and others in July.

The average person uses 18 throwaway plastic plates and 37 single-use knives, forks, and spoons each year, according to ministers, while the durability of plastic litter means it kills more than a million birds and 100,000 sea mammals and turtles every year around the world.

The government will also impose a plastic packaging tax from April 2022. This will charge £200 per tonne for plastic that has less than 30 per cent recycled content, to encourage greater use of recycled material.

The government’s plastic bag charge has cut their use in supermarkets by 95 per cent since 2015, and it banned plastic microbeads in washing products in 2018 and single-use plastic straws, cotton buds, and drinks stirrers in 2020. A deposit return scheme for plastic bottles will not be in place in England until late 2024 at the earliest, six years after being announced by the government as a key environmental policy.

“We’ve all seen the damage that plastic does to our environment,” said Environment Secretary George Eustice about the government's “war on plastic.”

“It is right that we put in place measures that will tackle the plastic carelessly strewn across our parks and green spaces and washed up on beaches. We have made progress to turn the tide on plastic, now we are looking to go a step further.”

Plastic items from takeaway food and drink dominate the litter in the world’s oceans, according to research published in June, with single-use bags, plastic bottles, food containers, and food wrappers the four most widespread.

Research in 2020 found that people in the U.S. and the U.K. produced more plastic waste per person than any other major country. Microplastic pollution has contaminated the entire planet, from the summit of Mount Everest to the deepest oceans.

Will McCallum, at Greenpeace UK, said: “Banning throwaway plastic items like plates and cutlery is a welcome move, but the U.K. government is simply playing catch up with the EU. After years of talking about being a global leader in this field, the U.K. government has managed to crack down on a grand total of four single-use plastic items and microplastics. This snail-paced, piecemeal approach isn’t leadership.”

McCallum said ministers should bring in legally binding targets to halve single-use plastic by 2025 and ban exports of scrap plastic. “The U.K. public has long been willing and ready to move on from polluting throwaway plastic,” he said. “Is the government listening?”

Hugo Tagholm, at Surfers Against Sewage, said the government’s new proposals were welcome but long overdue: “This alone will not turn back the plastic tide.” He said the deposit return scheme for plastic bottles must include all bottles.

There should also be a focus on reducing waste at source, said Libby Peake from the Green Alliance think tank: “Alternatives (to single-use plastic plates and cutlery) made from other materials also aren’t necessary and will store up environmental problems for the future. We need to address the root of the problem, redesigning the system and tackling the throwaway society once and for all.”

The government intends to make companies pay the full cost of recycling and disposing of their packaging and has consulted on introducing the scheme, called “extended producer responsibility,” on a phased basis from 2023. It has also consulted on plans to ensure recycling schemes are consistent across the country, with people often confused by different rules in different places.

The government is also taking action to tackle plastic waste through the UK Plastics Pact, which is investigating possible action by 2025 on items including chip bags, PVC cling film, fruit and vegetable stickers and punnets, plastic coffee pods, and teabags.