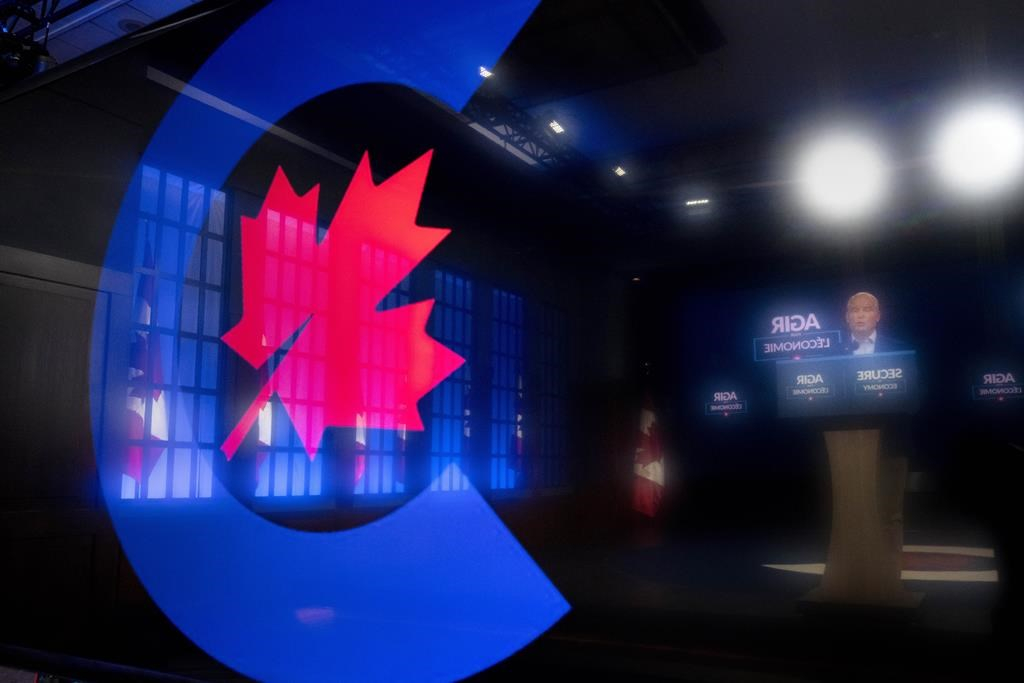 Conservative Leader Erin O'Toole is reflected in the Conservative Party logo on his teleprompter as speaks to the media on Aug. 31, 2021 in Ottawa. Canadians will vote in a federal election Sept. 20th. Photo by The Canadian Press/Frank Gunn
Previous story
Next story

The three main party leaders are staying central for Day 18 of the federal election campaign.

Liberal Leader Justin Trudeau begins his day with an announcement in Toronto.

Conservative Leader Erin O'Toole is also in Ontario, with a morning announcement at the Ottawa hotel he has been using as his main base throughout the campaign.

New Democrat head Jagmeet Singh is in Quebec for a housing announcement in Montreal, followed by a virtual town hall in the evening.

Affordability was a key election talking point on the campaign trail alongside the economy on Tuesday, as Statistics Canada reported the economy contracted at an annualized rate of 1.1 per cent between April and June, and estimated another drop in real gross domestic product in July.

Experts say when the economy is good, or perceived to be going in the right direction, voters are inclined to reward the incumbent government.

They also say when voters feel the opposite, they are inclined to punish the incumbent.

The federal election is scheduled for Sept. 20.