Can a tiny clothing company force the shipping industry to clean up its act? 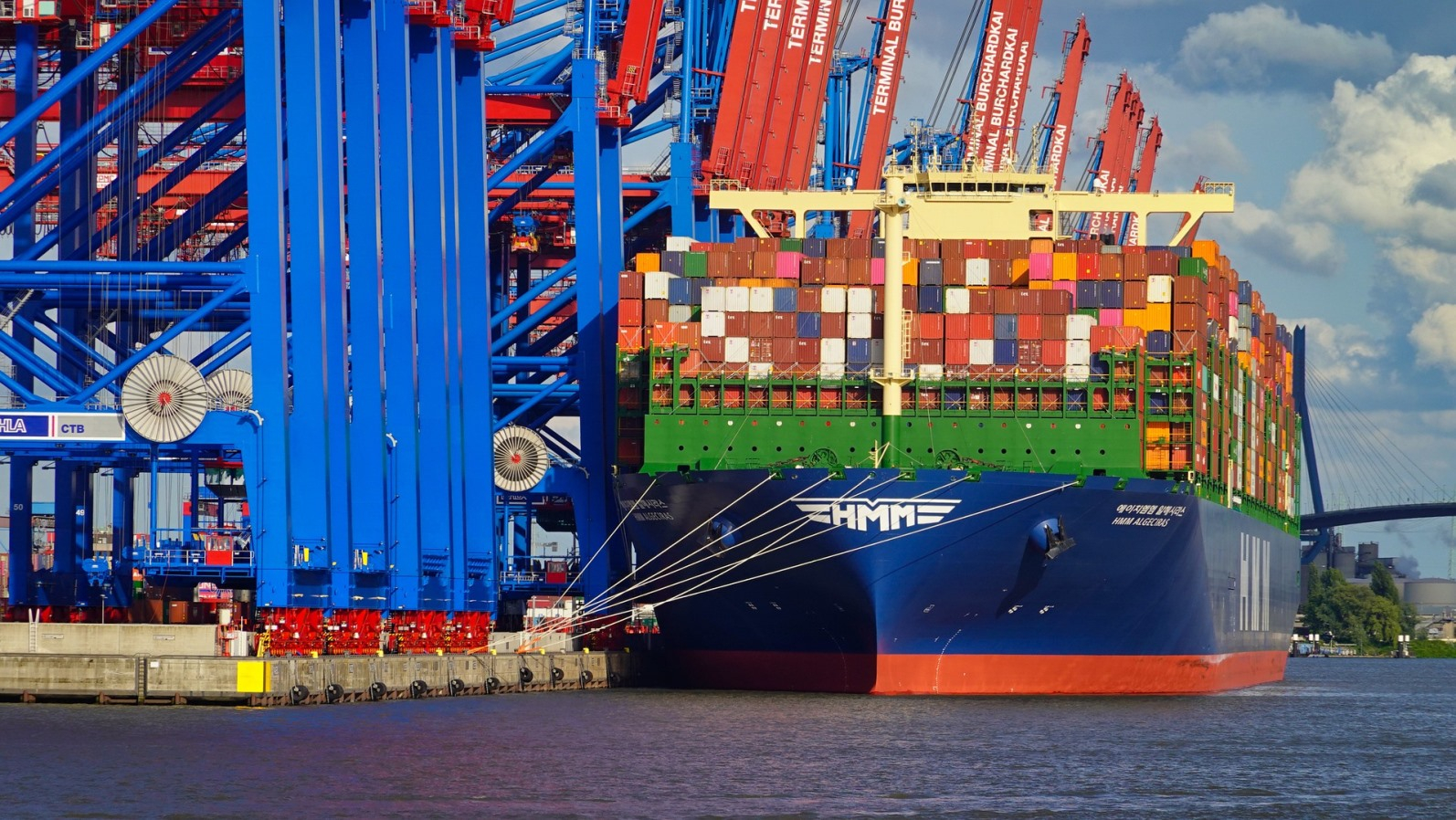 Mammut sees its zero-emissions shipping pledge as an opportunity to draw attention to a part of the supply chain that’s badly in need of climate-friendly makeover, and to lead by example. Photo by Horst Müller / Pixabay
Previous story
Next story

This summer, the climate advocacy organizations Pacific Environment and Stand.earth released a report highlighting the hidden toll retail giants are taking on the planet by ferrying goods across the world on fossil-fuel-powered container ships. Last month, the Swiss outdoor clothing company Mammut took a small but “industry-leading” step toward addressing that problem.

In early August, Mammut published a strategy document outlining its plans to reach net-zero carbon emissions across its operations by 2030. Buried in the 47-page report is a pledge to transport its goods on zero-emissions vessels by the end of the decade — a move climate campaigners believe to be a first for the retail sector.

How exactly the company will achieve that goal is, at this point, uncertain: Currently, every single merchant vessel on the high seas burns fossil fuels. But the relatively small Mammut, which brought in $240 million in revenue in 2020, sees its zero-emissions shipping pledge as an opportunity to draw attention to a part of the supply chain that’s badly in need of a climate-friendly makeover, and to lead by example.

“We hope many others follow our way and also make this commitment in order to collectively build up pressure that’s needed and force change,” Adrian Huber, the head of corporate responsibility at Mammut, told Grist.

The shipping industry is one of the biggest climate problems most people never think about. Each year, tens of thousands of merchant vessels carrying everything from iron ore to iPhones burn enough heavy fuel oil to release more than a billion metric tonnes of carbon dioxide. This represents nearly three per cent of global emissions, putting shipping in the same ballpark as the entire country of Japan, the world’s fifth-largest emitter, in terms of its climate impact.

The shipping industry doesn’t have a plan to aggressively reduce those emissions. While researchers have proposed a host of zero-emissions alternatives to fossil-fuel-powered shipping, including ships that run on renewably generated hydrogen or ammonia, battery-powered electric ships, and even wind-powered ones, commercializing and deploying these solutions at scale is going to require trillions of dollars of investment.

To accelerate those investments, some advocates have begun putting pressure on the shipping industry’s clients — in particular, consumer-facing retail companies that have made climate commitments of their own in recent years.

In their recent report, Pacific Environment and Stand.earth call on companies like Walmart, Target, and Amazon to phase out their reliance on ships that run on fossil fuels over the next decade. A separate Stand.earth report on corporate climate commitments in the fashion industry found that of 47 brands evaluated, just 18 have established supply chain emissions-reduction targets that include shipping.

Can Mammut's pledge to transport its goods on zero-emissions vessels force the shipping industry to clean up its act? #ClimateChange #FossilFuel #CO2 #Mammut

“We need these retailers to be committing specific volumes of freight on the world’s first zero-emissions vessels,” Madeline Rose, the climate campaign director at Pacific Environment and lead author on the recent report, told Grist. “That’s the type of demand signal we need.”

Mammut now appears eager to be among the first movers. In crafting its recent net-zero pledge, the clothing company did an exhaustive inventory of its “scope 3” emissions — those associated with its supply chain as well as the use of its products, which collectively account for 95 per cent of Mammut’s carbon footprint. It found that an outsized portion of these emissions comes from transporting goods on carbon-intensive flights. As a result, Mammut pledged to move more of its goods via ships.

But while ships emit considerably less carbon per mile when adjusted by weight than planes do and account for less than one per cent of Mammut’s overall emissions by the company’s math, Mammut didn’t want to leave them out. While it plans to purchase carbon offsets to zero out any emissions, shipping or otherwise, that it can’t eliminate, the company also pledged to start moving goods on zero-emissions vessels by 2030 and to use ships that practise “slow steaming,” deliberately reducing their speed in order to burn fuel more efficiently.

“A number of mainly U.S.-based consumer companies plan to announce decarbonization strategies, including eliminating emissions from their shipping activities,” Mads Peter Zacho, the head of industry transition at the non-profit Mærsk Mc-Kinney Møller Center for Zero Carbon Shipping, told Grist in an email. “Mammut is taking it one step further with an ambitious time schedule, which we highly support.”

It remains to be seen just how many zero-emissions vessels Mammut will be able to charter by the end of the decade. Such ships don’t yet exist, and the closest thing — a “carbon-neutral” vessel powered by green methanol, which can be made from plant matter, biogases captured from waste facilities, or sustainably sourced hydrogen and carbon — isn’t expected to hit the high seas until 2023. Huber of Mammut says that the company is “at the very beginning of starting conversations with our logistics providers” about zero-emissions shipping and sees its commitment as “a starting point going into these discussions.”

Researchers have estimated that if zero-emissions fuels made up just five per cent of the fuel mix by 2030, that would put the industry on a path to fully decarbonize by 2050, in line with the Paris Agreement’s climate goals.

Knowing that clients are committed to climate-friendly shipping — and willing to pay a little extra for it — will be vital to propelling the industry toward that goal, says Simon Bergulf, head of regulatory affairs at Maersk, the world’s largest shipping company. (Maersk is one of the founding partners at the Maersk Mc-Kinney Møller Center for Zero Carbon Shipping.) Among Maersk’s clients, interest in sustainable shipping is growing rapidly, and that’s motivated the company to try to stay one step ahead by offering low-carbon shipping options today and setting an internal target of net-zero emissions by 2050, Bergulf says. Maersk recently announced that it is investing $1.4 billion in eight new vessels that will run on green methanol starting in 2024.

“Now when we’re having the negotiations with our customers, there’s no longer just a logistics person sitting there,” Bergulf said. “There is generally a sustainability or decarbonization person sitting with him or her. And she/he is also part of the discussion and equally important in the decision to use a carrier versus another carrier.”

Lots of important information in this article.

Wind-powered shipping? C'mon, get real . . . I can't see THAT ever working. These newfangled ideas . . .