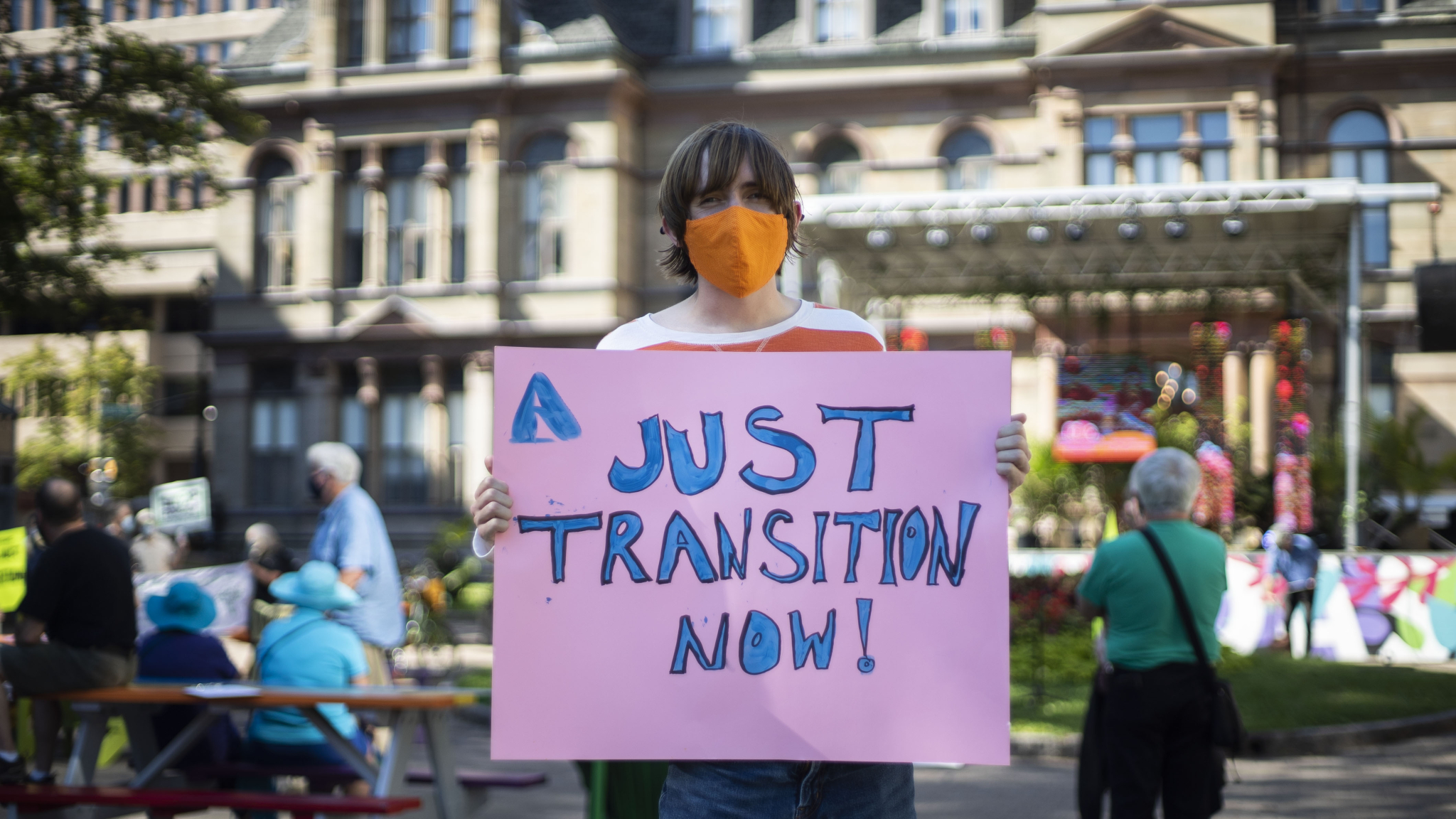 Bradley Cox joined around 100 people in Halifax, N.S., on Wednesday demanding concrete federal action on climate change — one of dozens of events across Canada. Photo by Cloe Logan
Previous story
Next story

Although he remembers the 2019-20 Australian wildfire season as pivotal, seeing the wildfires in British Columbia destroy the community of Lytton after a deadly heat dome blanketed the province was a huge wake-up call. It’s why he joined around 100 others in Halifax, N.S., to demand concrete federal action against climate change.

“I think it's important that people don't get too caught up in everyday life forgetting that this is happening around us,” he said.

Wednesday’s 350.org-affiliated event in Halifax, which took place at Parade Square among colourful Adirondack chairs and picnic tables, was one of about 60 between Ucluelet and St. John’s. The organizers say the timing is intentional — the afternoon before the French federal leaders’ debate and on the eve of the English debate, with hopes politicians will take note of the action.

The event page for Canada's Still on Fire outlines two specific calls to action: “a moratorium on fossil fuel expansion, including stopping construction on existing expansion projects, and an urgent and robust just transition plan that leaves no one behind and moves us past fossil fuels.”

Fossil fuel subsidies are front and centre for many voters — a May report from the International Energy Agency said government investment in coal, oil, and gas needs to end in 2021 for climate targets to be met. It’s far from reality now, as at least $1.9 billion was spent by the federal government on fossil fuel subsidies in 2020, according to the International Institute of Sustainable Development.

Workers in the fossil fuel industry are ready for a just transition, notes Noreen Mabiza of the Ecology Action Centre, pointing to a recent poll, which found 90 per cent of workers said they thought it would be possible for them to shift towards working in one or more types of net-zero jobs with 12 months or less of training.

The event had two calls to action: “a moratorium on fossil fuel expansion, including stopping construction on existing ... projects, and an urgent and robust just transition plan that leaves no one behind and moves us past fossil fuels." #Elxn44

In August, the Liberals did pledge $2 billion to aid a just transition, but industry workers said it’s not enough. In the Green Party platform, it promises to introduce a Just Transition Act — Justin Trudeau made the same assurance in 2019 but has not put forward an act. The NDP’s platform includes mention of a transition, stating, “We will put those workers front and centre of our climate action plan, and fight for workers and their communities to make sure nobody is left behind.” The Conservatives’ platform doesn’t mention a just transition, but rather, focuses on investment in controversial carbon capture.

Mabiza said concrete action towards a just transition is key — and it should be a big focus of the election and the leaders' debates.

“I'd like to see them come up with a plan, but a plan that centres the voices of workers. So they need to start talking to the workers, listening to the workers. There's also an equity piece with that,” she said.

“As we know, the energy industry has traditionally left out women, Indigenous groups, and Black communities, so we need to bring those folks into the conversation as well so that as we transition, we ensure that no one's left behind.”