Movies: Paul Schrader’s view of America, another romance in Ireland, and looking ahead to VIFF 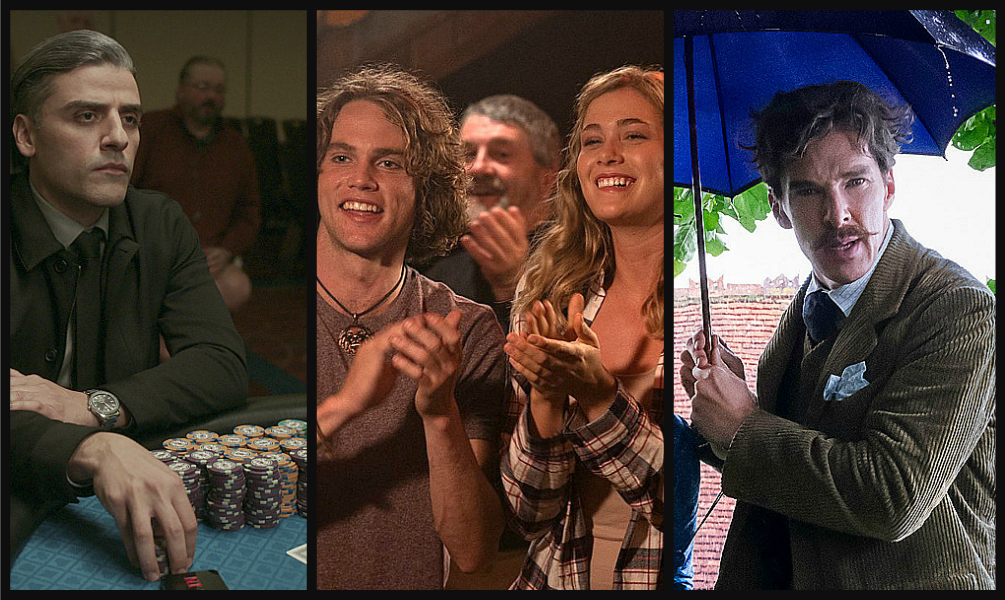 Also: A female assassin in a most violent film.
Previous story

The Vancouver International Film Festival has announced its lineup and is now selling tickets. I'll have more to say about that below, along with some early personal choices.

Two new films this week weren't given a preview. I wonder why? They're the horror flick Malignant and the third in a young adult romance series, After We Fell.

Please give some thought to these three, though. I gave them all high marks when they were here not so long ago for brief festival appearances. Two are Canadian: Black Conflux is a young adult psychological mystery and Underground is about a mining accident. I thought it should have been our Academy Award submission. Both are playing at the Vancity Theatre.

David Byrne's American Utopia is a great concert film. Cineplex is bringing it back for one night, this coming Thursday.

VIFF: A Look Ahead

VANCOUVER INTERNATIONAL FILM FESTIVAL: Expect a few changes this year for the 40th edition. Like last year, it's shorter, running from Oct. 1 to 11, and with COVID-caused seating limits and without the two biggest venues (The Centre and International Village), it'll be a tougher schedule for you.

VIFF has added two new locations: the Hollywood Theatre on Broadway (good to see it back in operation) and the Kay Meek Arts Centre, which is in the West Vancouver Secondary School up in the Hollyburn neighborhood. A very good venue, say Yelp tipsters, but far from the other theatres.

You do have a choice, though. Over 80 per cent of the films you can stream online. That'll be convenient, and you'll miss the lineups, but sharing tips and gripes is part of the fun.

There will be a few in-person screenings at two theatres in the Interior: the Patricia in Powell River and Tillicum Twin in Terrace. Most of the streaming films are available anywhere in the province.

And what about the films, the over 200 features and shorts? We don't get the giant ones like Dune, which is on at the Toronto film festival. But some will play at both, like Petite Maman, The Electrical Life of Louis Wain (VIFF's opener) and The Worst Person in the World.

I'm looking forward to new films from Zhang Yimou, Apichatpong Weerasethakul, Terence Davies, Sean Baker (who made The Florida Project), and Kenneth Branagh (about growing up in Belfast just as the “troubles” were starting.)

Two films have fun sending up the industry: one from Spain with Antonio Banderas and Penelope Cruz, the other from Southeast Asia about a low-cost production.

Homeownership gets two different views: disaster in Sinkhole and scandal with The Scary of Sixty-First, a flat once owned by Jeffrey Epstein.

There's more: The Six, about the forgotten Chinese men who survived the Titanic sinking, Queen of Glory, a woman caught between two cultures (Ghana and America), and All My Puny Sorrows from a Miriam Toews' novel.

Those are some of my choices. For yours, check here for the whole list, prices, and details.

THE CARD COUNTER: Paul Schrader revives the moral outrage and much of the intensity he had in one of his most famous films, Taxi Driver, which he wrote for Martin Scorsese. This time he directs, too (Scorsese produces), and makes a virulent statement about America, its foreign actions, and its society at home. Overseas, the torture at the Abu Ghraib prison is on his mind; how only the perpetrators seen in the photographs were punished while the men giving the orders got away.

It takes a while to get that background. We're in the America of casinos and greed and easy ways to feed it. We watch and listen to Oscar Isaac as a gambler explaining how he had time to learn the intricacies of poker, what percentage of the odds are not on your side in various circumstances, and how he taught himself to count cards to improve his play. “Great players can see right into your soul,” he says. Tiffany Haddish, adding some energy but not much substance, is his backer.

He was an interrogator himself, went to prison, and is using poker to cover for his self-loathing. Until a young man (Tye Sheridan) asks for his help. He wants to kill someone who was never punished (Willem Dafoe), now a high-powered convention speaker. That sets the moral dilemma: revenge or redemption? Typical Schrader musings, well-presented in this low-key but very absorbing film. (Park Theatre in Vancouver; also Cineplexes in Langley and Victoria.) 3½ out of 5

FINDING YOU: We regularly get these romances set in charming Ireland and then hear the detractors wail. This one is a bit better than the norm, though. This is Ireland today, not in some timeless, imagined mode. The dialogue is less faith-and-begorrah and the people seem close to real. That's as far as it goes, though. It's still the same old blarney with a particularly bland couple at the centre.

They've come over from the United States. She (Rose Reid) is a violinist who failed her music school audition and is looking for inspiration. He (Jedidiah Goodacre, a Canadian actor) is a hot young movie star, in town for a fantasy film that includes battles with dragons (you know, like that series that was filmed in Ireland). They meet at the airport, are given adjoining seats on the plane, and find they're staying in the same bed and breakfast. You know the rest, except for the many complications. He is tabloid fodder because of his romance with his leading lady. His dad is pushing him to continue his teen idol career, which he wants to leave. She gets involved with a cranky nursing home patient (Vanessa Redgrave, the best actor by far in this film) and wants to help her patch up a longtime split with her sister, even though neither woman wants to. Stalwart Patrick Bergin is there to get her playing bouncy Irish music while all this is going on. It's a pleasant film, but you've seen it before in other versions. (Rent or buy VOD, EST, DVD or Blu-ray.) 2½ out of 5

KATE: Sometimes it seems that the most common profession the movies show is contract killing. And women have been doing a lot of it recently. This Netflix film gives us both trends and with heaps of bloody violence, too. More than most movies I've seen for some time. Remember the Death Wish movies and have you seen John Wick? This is a derivative knockoff of both and others like them. Japanese gangsters are the targets of this bloodshed.

Mary Elizabeth Winstead plays the assassin. We see her carry out an assignment early on, killing a man and then mourning that his young daughter was also there and saw it all. She complains to the man who hired her and moans, “I want a life.” Regret from a killer. That's promising. But a man who chats her up in a bar and buys her a drink ends that. He poisons her and she has one day to get revenge on the gangsters she thinks are the perpetrators. A classy cast of Japanese actors, Tadanobu Asano, Jun Kunimura, and singer Miyavi, play her victims or their abetters. Woody Harrelson arrives to help her, saying he's her “handler,” and she re-encounters the young girl we saw in the first killing. She's played smartly by a newcomer, Miku Martineau from Toronto. The film, made in Tokyo and Thailand, is stylish and speedy and Winstead handles the action well. But the violence gets to be too much, like when she stabs a guy's face from under his chin. (Netflix.) 2 out of 5