By The Canadian Press | News, Politics
#94 of 163 articles from the Special Report: Election 2021 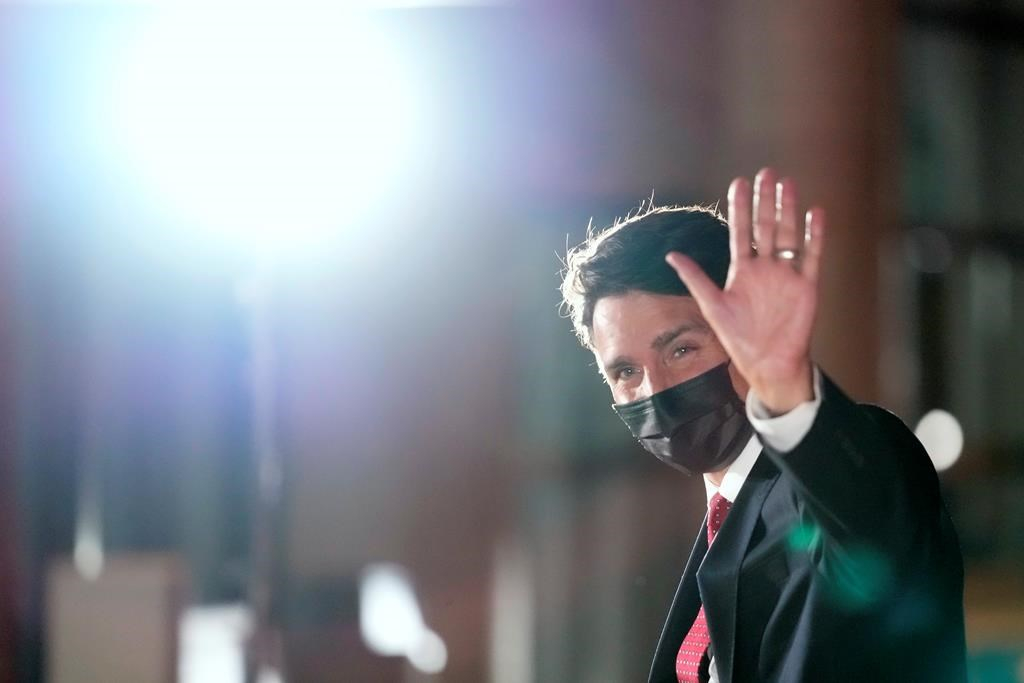 Liberal Party Leader Justin Trudeau waves to the media on arrival prior to the English language leaders' debate, in Gatineau, Que., on Sept. 7, 2021. Canadians will vote in a federal election on Sept. 20, 2021. File photo by The Canadian Press/Frank Gunn
Previous story

The three main federal party leaders are focused on Ontario and British Columbia today as the election campaign heads into its final week.

Liberal Leader Justin Trudeau is returning to Vancouver to make an announcement this morning.

Conservative Leader Erin O'Toole, meanwhile, will open the day in the rural Ottawa suburb of Carp.

Later in the day, he'll hold a pair of virtual town halls with residents of Ontario and B.C. at the Ottawa hotel he's adopted as his headquarters during the campaign.

The NDP's Jagmeet Singh, meanwhile, will be in northern Ontario for the second day in a row.

He'll open the day in the northwestern community of Sioux Lookout before moving on to Neskantaga First Nation.