Now, every election is a climate election and every vote, a climate vote 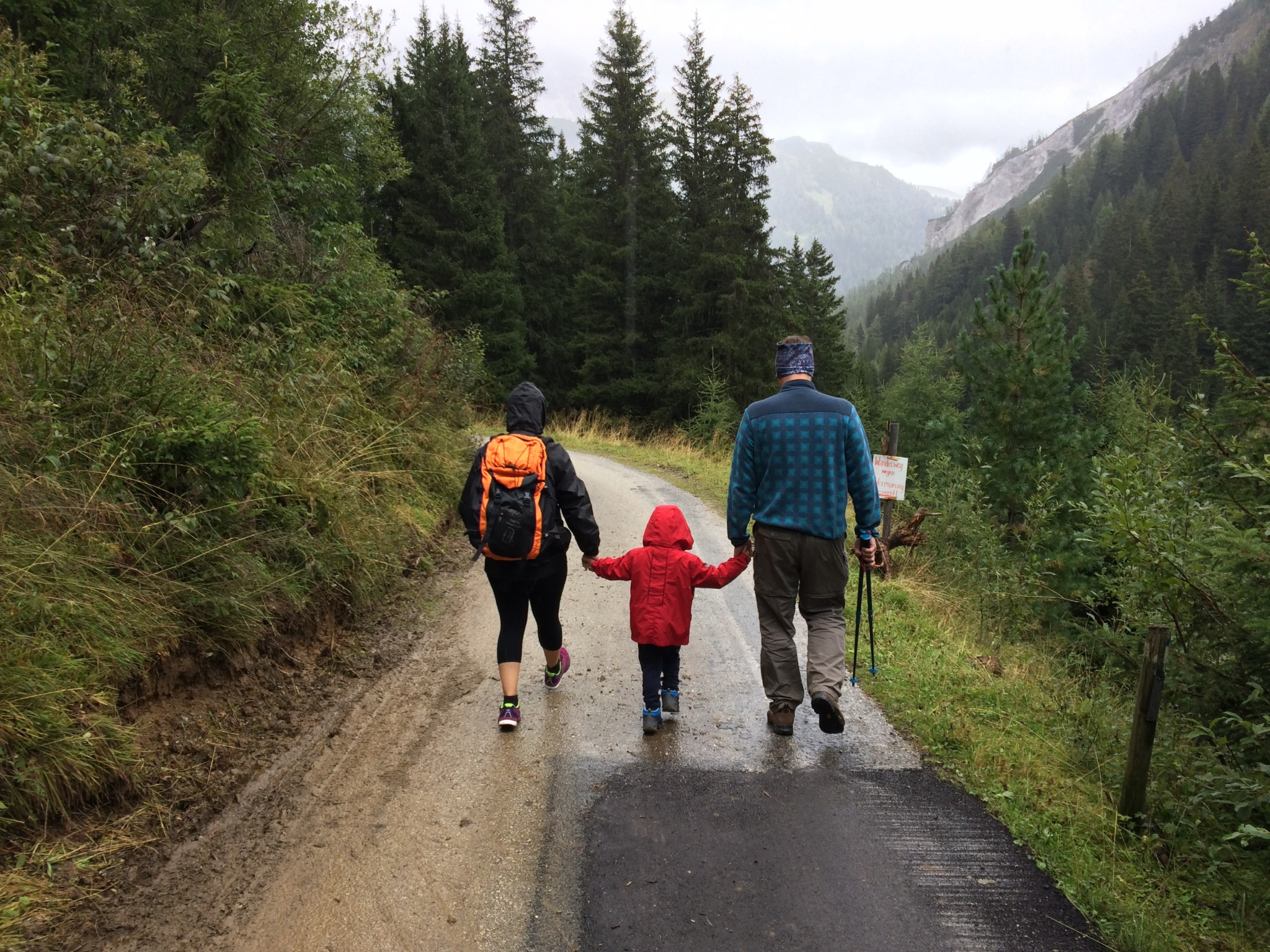 How our political leaders navigate this period of change and uncertainty will impact all of us, for better or worse, writes Dan Woynillowicz. Photo by Alberto Casetta / Unsplash
Previous story
Next story

Over the past few elections, a growing number of Canadians have started self-describing themselves as “climate voters”: concerned citizens who mark their ballots based on which candidate, party or leader they think will most effectively work to address climate change.

But with climate change already shaping our lived reality — whether it be through extreme weather like heat waves, forest fires and floods that many Canadians are experiencing or the accelerating transition from fossil fuels to clean energy — how our political leaders navigate this period of change and uncertainty will impact all of us, for better or worse.

For the past 20 years, I’ve worked at the interface of climate change policy and politics, working to secure and protect as much climate action as possible. I’ve paid close attention to what parties have said in elections and then done in government, and I’ve witnessed elections that have led to the good (strong climate intentions translated into real action, the bad (strong climate intentions followed by ambivalent or inept action), and the ugly (strong intention and action to repeal, revoke and undo climate progress).

Fortunately, in this election, none of the major federal parties are offering up the ugly, but that doesn’t mean there aren’t clear differences and choices on the ballot. These differences are made clear in the numerous platform reviews that have been published by analysts and advocates alike.

Climate policy analyst Mark Jaccard, a professor at Simon Fraser University, produced a widely cited analysis informed by comprehensive economic and emissions modelling. Climate advocate Seth Klein took exception to the approach, and offered up a different, more philosophical view on how we might evaluate the options on offer (to which Jaccard then responded). Eminent climate scientist Katharine Hayhoe took a slightly different approach to her analysis, as did GenSqueeze, an intrepid and much-needed organization focused on intergenerational fairness. The results are summarized below, but it’s worth reading them all — and understanding their nuance in detail.

As each of the platform reviews note, the parties offer a spectrum of pollution reduction targets:

But the strength of a party’s proposed emission reduction target is a risky metric on its own.

Opinion: What the federal government does (or doesn’t do) is not the sole determinant of emissions in our federation. It’s a shared responsibility with provinces, writes @DanWoy. #elxn44 #ClimateCrisis

That’s why, as UBC professor Kathryn Harrison noted, rigorous analyses look at more than just targets, also factoring in credibility and ambition, with different people and parties placing different levels of emphasis on each. The Paris Agreement is premised upon the stated targets of its signatories, but the credibility of those targets (and how much stock we might put in their achievability) is linked to whether the parties have offered up concrete plans to achieve them.

Which brings us to ambition, a hard-to-objectively-measure amalgam of targets and the credibility of the plans to achieve them. As Harrison notes, you can have a credible plan to meet a weak target. Similarly, you can have a strong target with no credible plan (or hope) to meet it. Neither is particularly useful.

Klein asserts Jaccard’s analysis measures the wrong thing (whether a party’s proposed policies could credibly achieve their target) because it penalizes ambitious targets. As he put it, “It’s like an Olympic diver getting the top score because she or he successfully nails the least-complicated dive.”

But it would be equally illogical to give an Olympic diver the top score because he or she bellyflops the most complicated dive (an ambitious target, with no credible plan to achieve it). As I understand Olympic diving, the winning strategy is to successfully nail the hardest dive you can do.

Want to repeat that gold medal win at the next Olympics? Train hard to nail an even harder dive.

Each of the climate platform scorecards suggests the Liberals have found the sweet spot, offering a relatively ambitious target coupled with the most credible plan to meet it. Their plan is credible because it builds on their efforts to date.

As sociologist Max Weber wrote, “Politics is a strong and slow boring of hard boards. It takes both passion and perspective.” This is most certainly true when it comes to the politics of climate change, and since 2015, the Liberals have been busy boring the hard boards (with scant public attention paid to their efforts, save for the controversy over their price on pollution).

Following their 2015 election win, the Liberals brought Canada into the Paris Agreement and drew provinces together behind the Pan-Canadian Framework on Clean Growth and Climate Change. They introduced a national price on pollution, defended it up to the Supreme Court of Canada, and have committed to a schedule of increases out to 2030. They have secured a phase-out of coal-fired power at home and championed the Powering Past Coal Alliance internationally, advanced a Clean Fuel Standard to clean up fuel for gas vehicles, and made big strides to enable more Canadians to ditch their gas vehicles, buy electric replacements and keep them charged.

Their 2019 platform promised even more, and they delivered. The Healthy Environment, Healthy Economy updated climate plan released in late 2020, and supported by new investments in the 2021 budget, put Canada on track to achieve a 36 per cent reduction (beating the original Paris target of 30 per cent). They could have coasted on that but understood more action is needed and is expected of Canada. So in keeping with the Paris Agreement, they filed a new target of a 40 to 45 per cent pollution reduction. And now, according to Jaccard’s assessment, the commitments made in the Liberals’ 2021 election platform put Canada on track to achieve this new target.

This isn’t to say the Liberals have a perfect record. There were times where climate action didn’t get the resources or political capital required. Some policies and programs have been slow to be developed and implemented, others weakened in response to strong pushback. But I have yet to find an example of a government, no matter how ambitious, where this hasn’t been the case.

They bought a pipeline, some say.

Yes, they did, but as University of Calgary law professor Martin Olszynski has persuasively argued, “If it were not for this purchase, Canada would now be in the grips of a serious national unity crisis, which, amongst other things, would have been disastrous for climate policy.”

But carbon pollution hasn’t fallen yet!

True. But what the federal government does (or doesn’t do) is not the sole determinant of emissions in our federation. It’s a shared responsibility with provinces, and during the Liberals’ tenure, the provinces that contribute the most pollution — Alberta and Ontario — both saw changes in government that led to a rollback of provincial climate efforts and a deliberate effort to stymie federal efforts. Further, policies, programs and regulations take time to design and, when implemented, don’t create change overnight — there is an unavoidable lag. But consult experts, and they’ll tell you that the policies now being advanced will begin to reduce pollution in short order, and those reductions will grow and accelerate as they take hold.

As Kim Campbell regrettably, and unfortunately accurately, quipped, “An election is no time to discuss serious issues” and too little time has been spent having a substantive discussion and debate about the parties’ respective approaches to climate change. Fortunately, people like Jaccard, Klein, Hayhoe, and the good folks at GenSqueeze have offered up plenty of fodder for your consideration.

I won’t tell you how to cast your climate ballot, it’s a deeply personal choice that reflects your values, and beliefs about how best to make and protect climate progress. But on Sept. 20, I’ll be casting my ballot for the Liberals’ climate plan, confident that they’re up to the task and committed to the hard work needed to take the next steps forward towards a climate-safe future.

Yet another shameless endorsement by people who should know better for the wretched Liberals and corporate Canada. How many is that now?

Voters marking their ballots for the Liberals or Conservatives (i.e, most of them) are signalling they don't give a hoot about climate change.
The Liberals have been in power six years now. Climate voters can hold the Liberals to account on their actual record. Not on what they say they'll do, but on what they have actually done. Actions speak louder than words. As for the Liberals' climate rhetoric, Liberal duplicity knows no bounds.
----------------
Woynillowicz: "Yes, [the Liberals bought a pipeline], but as University of Calgary law professor Martin Olszynski has persuasively argued, 'If it were not for this purchase, Canada would now be in the grips of a serious national unity crisis, which, amongst other things, would have been disastrous for climate policy.'"

Nonsense. No evidence. Fear-mongering. Historical revisionism. What was Alberta going to do if Trudeau didn't buy the pipeline? Alberta gave the Liberals no credit for buying Trans Mtn, excoriates Trudeau at every opportunity, and will send few if any Liberal MPs to Ottawa. Same as before.
Yes, the Liberals bought a pipeline! Yes, they pour billions of dollars into fossil fuel subsidies. Yes, they plan to fail. Enough reason not to vote Liberal.

The OECD, the UN, and the federal Environment Commissioner all warn Canada is NOT on track to meet its targets. The main stumbling block? Increasing oilsands emissions.
Only three years ago, Mark Jaccard opposed TMX and called Trudeau's climate response Orwellian. Now the Liberals top his list for "climate sincerity", and TMX no longer figures in his analysis.
Jaccard 2018: "National studies by independent researchers (including my university-based group) consistently show that Mr. Trudeau's 2015 Paris promise of a 30% reduction by 2030 is UNACHIEVABLE with oil sands expansion."
"Trudeau’s Orwellian logic: We reduce emissions by increasing them" (Globe and Mail, 20-Feb-18)

Climate Action Tracker's 2021 report rates Canada's efforts overall as "highly insufficient". Same rating since 2011 -- in every year but one in the last decade.
www.climateactiontracker.org/countries/canada/
In Canada, we call that progress.