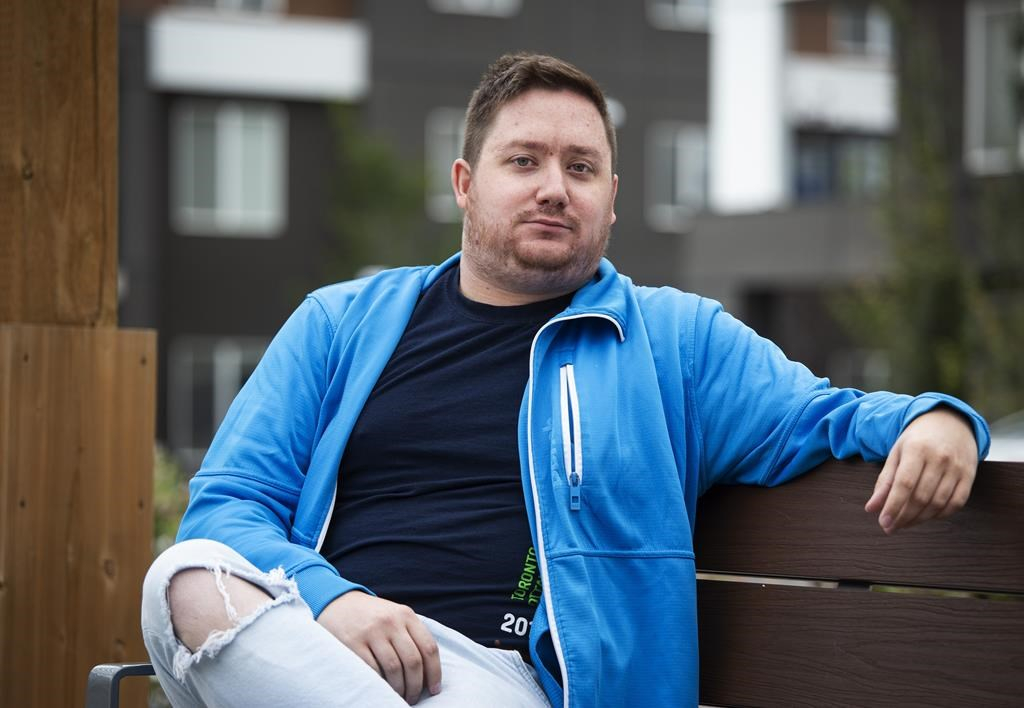 Jake Hughes is shown near his home in Calgary, on Sept. 17, 2021. The 28-year-old business development representative said he's "exhausted and demoralized" after 19 months of poor provincial leadership. Photo by The Canadian Press/Todd Korol
Previous story

As an emergency alert blared across the province notifying Albertans of another round of public health restrictions, some felt a range of emotions: anger, confusion, exhaustion.

"Here we go again," she said as her phone lit up Wednesday evening.

The notification told her that Alberta has declared a state of public health emergency to protect the health-care system.

New restrictions — including gathering limits and a proof of vaccination program for non-essential businesses — began Thursday, as Alberta's health system nears collapse during a fourth wave of the pandemic.

"Every few months we go into lockdown and we're hearing false promises from our leaders," Khursheed said in an interview.

"The whole pandemic ... I don't think, from the beginning, was managed right."

Medical experts had warned the United Conservative government about potential for the Delta variant to spread exponentially, when Premier Jason Kenney celebrated his "Open For Summer" plan.

Since the reopening on July 1, COVID-19 hospitalizations have increased more than fivefold, with intensive care admissions reaching record highs.

Khursheed said a close friend contracted COVID-19 and was put on a ventilator.

"It's nerve-racking every single day when you're sending your children to school, and then you're hearing a close friend was in (intensive care)."

He has thought about leaving Alberta for another province.

"It's kind of sad that we're — I wouldn't say the laughingstock, but look how bad Alberta is doing compared to the rest of the country," said Hughes. "It feels like everyone prioritizes business and money over people's lives."

While he's supportive of the new restrictions, Hughes said he's worried they will affect his job stability and income, considering he works with many small businesses.

"If we just kept the restrictions going forward in the summer, where minimal interactions were allowed, we probably could have gotten through this fourth wave with a lot less of a spike," said Hughes. "Since the beginning of this pandemic, it's been fumble after fumble."

Retiree Desmond Clark of Calgary said the array of measures announced Wednesday were confusing. And Alberta's version of a vaccine passport system, which Kenney calls a "restriction exemption program," is littered with contradictions.

He said it should be simple: you prove you're vaccinated, or you're not allowed entry. Instead, there are varied restrictions depending on an individual’s immunization status.

Clark said he has lost any respect for Kenney's United Conservative government.

"When it comes to leadership, I've always been of the opinion that while I may not agree with something, I can respect the fact that something is being done," he said.

"But when they don't seem to be sure what the heck they want to do, you can't think a whole lot of them."

Edmonton grandmother Sharon Morin said the reintroduction of restrictions came as no surprise but they're disappointing nonetheless.

"We didn't take advantage of the 'Open For Summer.' We stay close to home. We don't go out to restaurants. We still mask up. So it's really frustrating when you're put in this position because of others," said Morin, pointing to unvaccinated Albertans and a lack of provincial leadership.

She said Kenney needs to take accountability for mismanagement of the COVID-19 crisis and resign.

"There has been no leadership here at all," she said.

This report by The Canadian Press was first published Sept. 16, 2021.

— With files from Fakiha Baig in Edmonton