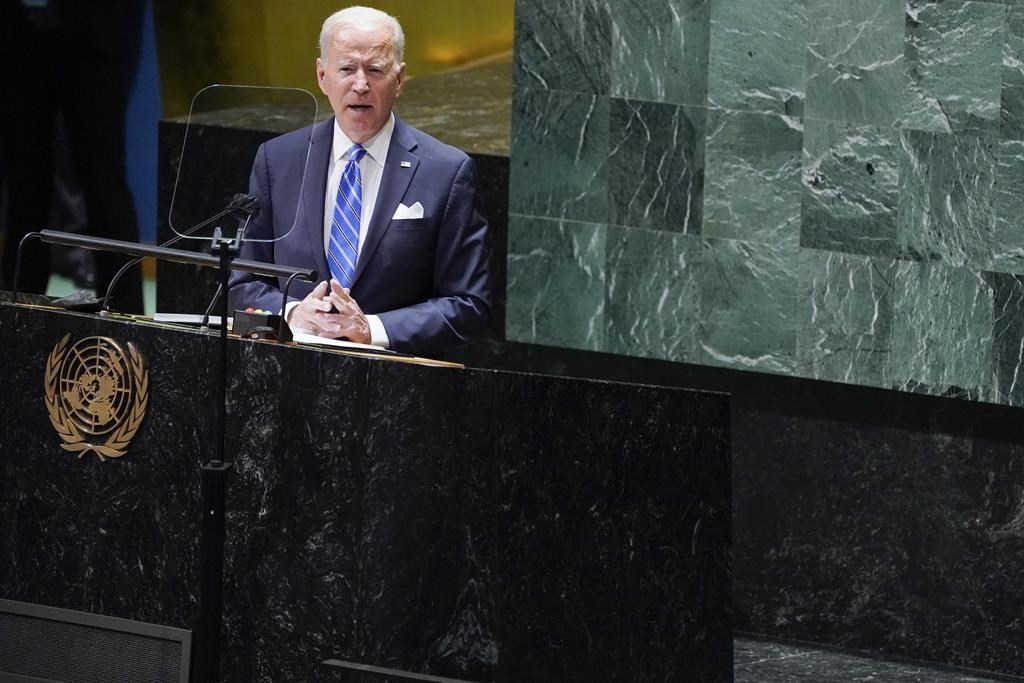 Chinese President Xi Jinping said his country will no longer fund coal-fired power plants abroad, surprising the world on climate for the second straight year at the UN General Assembly. That came hours after U.S. President Joe Biden announced a plan to double financial aid to poorer nations to $11.4 billion by 2024 so those countries could switch to cleaner energy and cope with global warming’s worsening impacts. That puts rich nations close to within reach of its long-promised but not realized goal of $100 billion a year in climate help for developing nations.

This could provide some momentum going into major climate talks in Glasgow, Scotland, in less than six weeks, experts said. Running up to the historic 2015 Paris climate deal, a joint U.S.-China agreement kick-started successful negotiations. This time, with China-U.S. relations dicey, the two nations made their announcements separately, hours and thousands of miles apart.

United Nations Secretary-General Antonio Guterres, who has made a frenetic push this week for bigger efforts to curb climate change called the two announcements welcome news, but said “we still have a long way to go" to make the Glasgow meeting successful.

Depending on when China’s new coal policy goes into effect, it could shutter 47 planned power plants in 20 developing countries that use the fuel that emits the most heat-trapping gases, about the same amount of coal power as from Germany, according to the European climate think-tank E3G.

“It’s a big deal. China was the only significant funder of overseas coal left. This announcement essentially ends all public support for coal globally,” said Joanna Lewis, an expert on China, energy and climate at Georgetown University. “This is the announcement many have been waiting for.”

From 2013 to 2019, data showed that China was financing 13 per cent of coal-fired power capacity built outside China — “far and away the largest public financier,” said Kevin Gallagher, who directs the Boston University centre. Japan and South Korea announced earlier this year that they were getting out of the coal-financing business.

With all three countries pulling out of financing coal abroad “that sends a signal to the global economy. This is a sector that’s fast becoming a stranded asset,” Gallagher said.

While this is a big step it is not quite a death knell for coal, said Byford Tsang, a policy analyst for E3G. That’s because China last year added as much new coal power domestically as was just potentially cancelled abroad, he said.

Tsang cautioned that the one-sentence line in Xi’s speech that mentioned this new policy lacked details like effective dates and whether it applied to private funding as well as public funding.

What also matters is when China stops building new coal plants at home and shutters old ones, Tsang said. That will be part of a push in the G20 meetings in Italy next month, he said. “The Chinese are going to respond to international pressure, rather than just American bilateral pressure right now,” said Deborah Seligsohn, an expert on China’s politics and energy at Villanova University.

Many nations that are trying to build their economies — including top polluters China and India — have long argued they needed to industrialize with fossil fuels, like developed nations had already done. Starting in 2009 and then with “a grand bargain” in 2015 in Paris, richer nations promised $100 billion a year in financial help to poorer nations to make the switch from dirty to clean fuel, World Resources Institute climate finance expert Joe Thwaites said.

But as of 2019, the richer nations were only providing $80 billion a year, according to the Organization for Economic Co-operation and Development.

So when rich nations like the United States asked poorer ones to do more “it gives any other country a very easy retort," Thwaites said: “'You took out commitments and you haven't delivered on those either.'"

In April, Biden announced he would double the Obama era financial aid pledge of $2.85 billion a year to $5.7 billion. On Tuesday he announced that he hopes to double that to $11.4 billion a year starting in 2024, but he does need passage from Congress.

The European Union has been doling out $24.5 billion a year with the European Commission recently upping that to more than $4.7 billion over seven years. “The Europeans are doing a lot more and the Americans are lagging behind,” Thwaites said.

He said several studies calculate that based on the U.S. economy, population and carbon pollution, it should be contributing 40 to 47 per cent of the $100-billion fund to be doing its fair share.

But Congressional Republicans aren't convinced. “We shouldn’t be contributing to a fund that picks winners and losers and further subsidizes China in the process," said Rep. Garret Graves, R-Louisiana, the ranking Republican on the House Climate Committee.

“Accelerating the global phaseout of coal is the single most important step” to keeping the Paris Agreement’s key warming limit within reach, said UN chief Guterres.