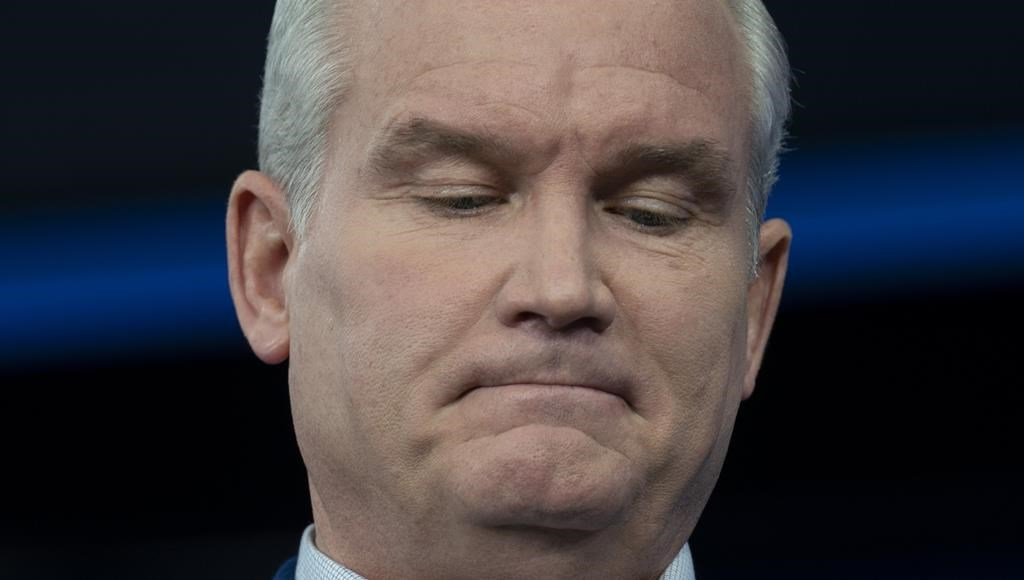 Conservative leader Erin O'Toole is seen during a news conference on Tuesday, September 21, 2021 in Ottawa. File photo by The Canadian Press/Adrian Wyld
Previous story
Next story

Conservative Leader Erin O'Toole says he's triggered a review looking into his party's election loss, underscoring that he's committed to making sure the Tories are battle-ready for the next one.

O'Toole appeared at his party's broadcast studio in downtown Ottawa striking a less spirited tone than during his speech early Tuesday after the election results first came in.

Mail-in ballots still need to be counted, but so far projections show the Conservatives finishing with 119 seats, compared to the Liberals with 158, returning the Grits to Parliament with a minority government.

O'Toole currently has two fewer seats than his predecessor Andrew Scheer did when Conservatives lost the 2019 federal election.

Scheer was re-elected as a member of Parliament in Saskatchewan, but stepped down as leader after the last election following an internal pressure campaign for him to leave.

O'Toole says no one is more disappointed than he is about the party's lack of gains in Metro Vancouver, the Greater Toronto Area and Quebec, which would have provided them with a path to victory.

The Conservative leader did say the party came within 2,000 votes in 30 ridings and will work to close that gap.

He didn't answer whether he plans to trigger a leadership review with his supporters or caucus.

Staying at the helm of the party could prove a challenge for the Conservative leader after he took risks with his base by moving it more into the political centre for the chance to pick up seats in Ontario, which didn't materialize.