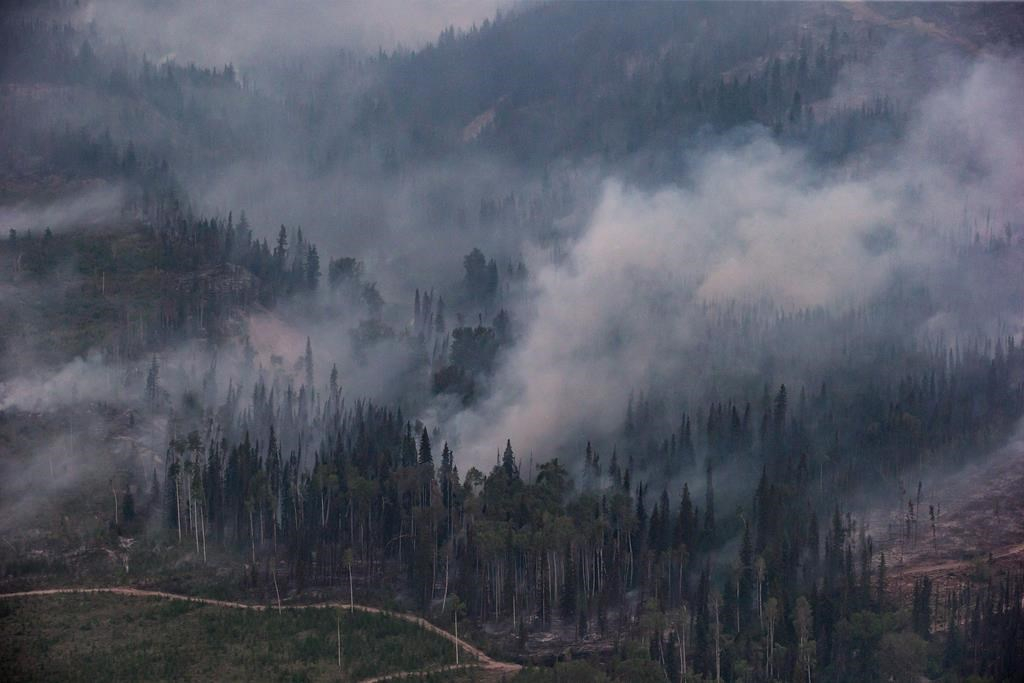 KAMLOOPS, B.C. — Upgrades to communications systems in British Columbia's wildfire zones are needed to save lives and properties, says a report released Wednesday.

The Thompson Rivers University report, which examined B.C.'s communications practices during the devastating wildfire seasons of 2017 and 2018, calls for improvements to better inform people about risks before, during, and following wildfires.

The report didn't look at the most recent wildfire season in the province, but its recommendations remain current and apply to the fire-ravaged communities of Lytton and Monte Creek that faced communication challenges last summer, said Prof. Michael Mehta, who led the study.

“When it comes to wildfire risk management and other disasters, we need to improve dramatically, right now, how we deal with things before they happen, while they're occurring, and follow up, especially if there's damage like Lytton, B.C.,” Mehta said in an interview.

Much of Lytton, about 250 kilometres north of Vancouver, was destroyed by wildfire on June 30, following consecutive days of record-setting temperatures above 45 C.

Two people died in the fire.

In August, homes and buildings in the community of Monte Lake, between Vernon and Kamloops, were destroyed by a wildfire.

“By streamlining and improving communications and doing this life-cycle approach that we recommend, we think we'll see greater levels of trust and more responsive action to messaging from government and organizations,” Mehta said. “This should reduce loss of property. It should reduce loss of lives in the end. It's essential.”

The 89-page report, titled “A life cycle based model to risk and crisis communication during wildfire events in British Columbia,” makes six recommendations, including ensuring remote and Indigenous communities have robust communications systems in place where emergency officials can relay fast and accurate information about wildfires.

Upgrades to communications systems in British Columbia's wildfire zones are needed to save lives and properties, according to a report released Wednesday. #BC #Wildfire

Being able to access reliable and current information about the status of wildfires in local areas is necessary for safety and security, he said.

“The biggest issue governments and first responders and emergency management organizations faced in 2017 and 2018 was how to put out credible, timely information that gave people the right tools to make decisions, especially when there was misinformation on social media and a lot of contrary information,” Mehta said.

He said people need to be able to receive information from official sources or face the prospect of unofficial, unreliable information surfacing.

“What happens is you end up with sometimes misinformation, disinformation, confusing information, or no information and people are having to fly by the seat of their pants to make decisions about which way to go in an evacuation,” said Mehta. “All these things are up in the air when you don't have that kind of co-ordination in place.”

He said any revamp of communications services must also include offering help to people and communities following wildfire events because mental health services are needed in what will be lengthy periods of heightened anxiety about fire dangers.

BC Wildfire Service executive director Ian Meier said in a statement that the service has the report and is committed to continuous improvement.

A 2018 report by former B.C. cabinet minister George Abbott and hereditary Chief Maureen Chapman called for an overhaul of the province's disaster response, including improving communications gaps and relations with First Nations.