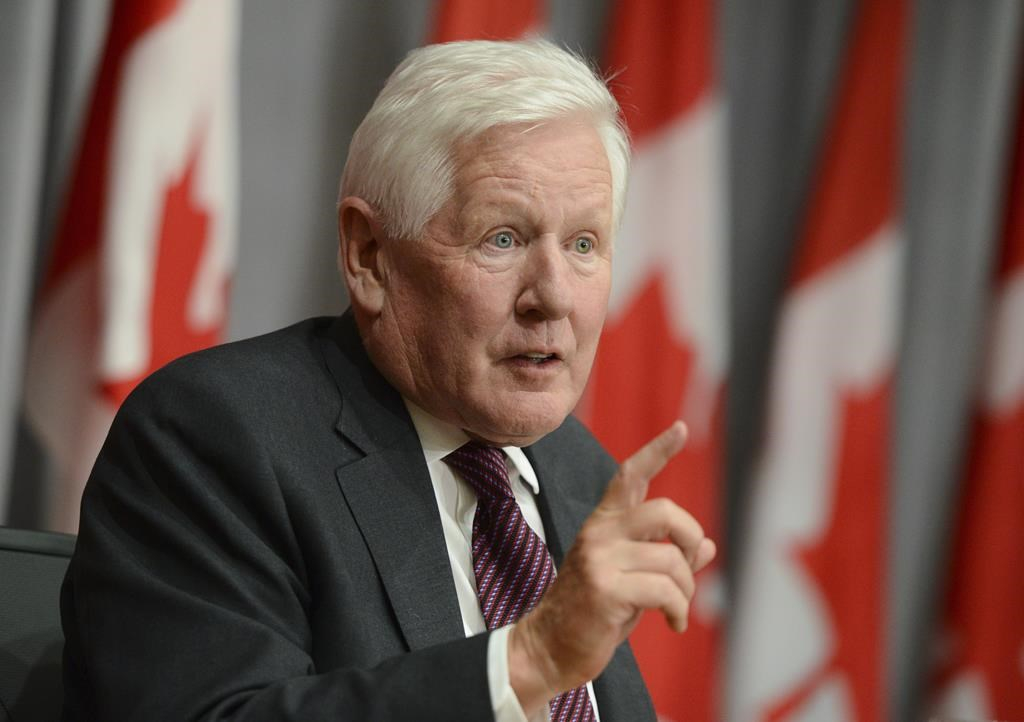 Bob Rae holds a press conference regarding his appointment as the next ambassador to the United Nations on Parliament Hill in Ottawa on Monday, July 6, 2020. File photo by The Canadian Press/Sean Kilpatrick
Previous story

Bob Rae, Canada's ambassador to the UN, told The Canadian Press on Thursday that while Canadians may have been looking inward lately because of the federal election, they can't lose sight of the fact the pandemic won't end unless more is done to help less fortunate countries.

"We have to recognize that we have to continue to look for ways in which we can distribute more of any surpluses that we have now in Canada," Rae said.

It is in Canada's national interest to do more internationally because of the fact the country's economy is dependent on international trade and the rise of new variants, Rae said.

"Half of our GDP comes from trade. We are as impacted as any country in the world, because of our level of integration, not only with the American economy, but with other economies around the world," Rae said in an interview from New York, where the UN General Assembly meeting of world leaders is taking place this week.

"We know these variants are spreading and growing in good measure because we have not been able to get enough vaccines into enough arms around the world. And I'm hoping that there will be an increased recognition in domestic public opinion of the fact that the problem that Africa has, or that Asia has, is actually not their problem.

"It's our problem as well."

The UN meetings included a Wednesday pandemic summit hosted by U.S. President Joe Biden to spearhead a global vaccination rate of 70 per cent by this time next year.

Edwin Ikhuoria, the African executive director of the international advocacy group, the ONE Campaign, said Biden's summit was an important step in highlighting the ongoing problem of low vaccine rollout in poorer countries.

"Too many front-line health workers around the world still do not have their first doses. That means the curve is not flattened, the virus will continue to spread, mutate, and threaten the global community," said Ikhuoria.

"Countries like Canada have made pledges to share their extra vaccines, and we celebrate those promises, but they must be followed with deliveries and transparency."

Ottawa has promised to donate a total of 40 million doses so far but won't say exactly how many have been delivered.

Canada needs about 11 million doses to fully vaccinate all Canadians over 12 who aren't yet vaccinated, and has more than 18 million doses in hand to cover that. Vaccines for children under 12 aren't yet authorized.

Documents published by the COVAX vaccine-sharing alliance, the Pan American Health Organization and some individual country websites suggest Canada has already donated almost three million doses of vaccine to 10 countries in Africa, South America, Central America and the Caribbean, but Canada has only publicly confirmed a donation of 82,000 doses to Trinidad and Tobago.

More than two million of those doses came from the allotment Canada purchased via COVAX, while the rest were direct donations of Canada’s own supply of Oxford-AstraZeneca vaccine through bilateral agreements.

An official in International Development Minister Karina Gould's office couldn't explain why Canada had not publicized any of the donations other than the 82,000 doses of AstraZeneca sent to Trinidad and Tobago on Aug. 12. The official was speaking on the condition of anonymity because they did not have permission to discuss the issue publicly.

The Canadian official said there was no deadline for the 40-million dose commitment, and that the timing depended on a number of factors, including legal agreements with recipient countries and vaccine suppliers, and ensuring the capacity of the recipient country to administer the vaccines before they expire.

But in the Thursday interview, Rae suggested that the time for delays had come and gone.

As the former premier of Canada's largest province, Ontario, and an ex-interim leader of the federal Liberal party, Rae said he recognizes the domestic pressure that all government's face to vaccinate their own populations first and foremost, before looking abroad to help others.

"But I think we also have to understand that it's actually in our global self-interest, as well as in our moral interest to make sure that everyone is vaccinated as quickly as possible."