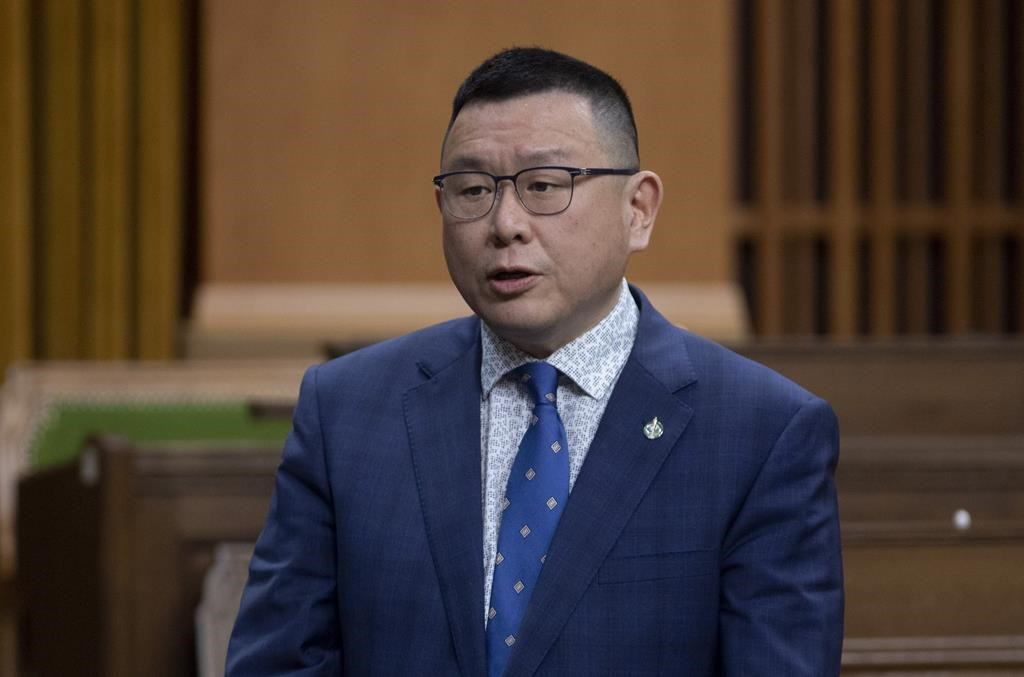 OTTAWA — A former Conservative MP who lost his seat in the recent election thinks the party could have done a better job speaking directly to Chinese Canadians.

Kenny Chiu was defeated in Steveston-Richmond East, a British Columbia riding with many residents of Chinese descent.

The party also saw the losses of longtime Conservative MP Alice Wong in Richmond Centre and Bob Saroya in Markham-Unionville, both home to many voters with Chinese roots.

The defeats have the Conservatives wondering what happened, and what connection the losses might have to the party's stance and messaging on China.

Conservative Leader Erin O'Toole has been an outspoken critic of China's human rights abuses, calling on the Liberal government to adopt a tougher approach with the authoritarian regime.

Chiu says there's no single reason for his loss, but points to online WeChat posts he says contain false information about the Conservatives and allegations a private member's bill he tabled would discriminate against Chinese Canadians.

“Hindsight is always 20/20. I think there could be more proactive communication directly addressing Canadians of Chinese descent that we could have done,” Chiu said in an interview.

The party could have bought more targeted advertisements, he said, adding it's clear the communication efforts weren't enough to counter what he considers misinformation.

O'Toole has announced a post-election review but no details on its parameters or who will lead it.

Besides failing to grow the party in key areas like the Greater Toronto Area and Metro Vancouver, the Conservatives have five fewer elected visible minorities because of defeats in Ontario, British Columbia, and Alberta.

“Hindsight is always 20/20. I think there could be more proactive communication directly addressing Canadians of Chinese descent that we could have done,” says Kenny Chiu, who was defeated in the Steveston-Richmond East riding. #elxn44