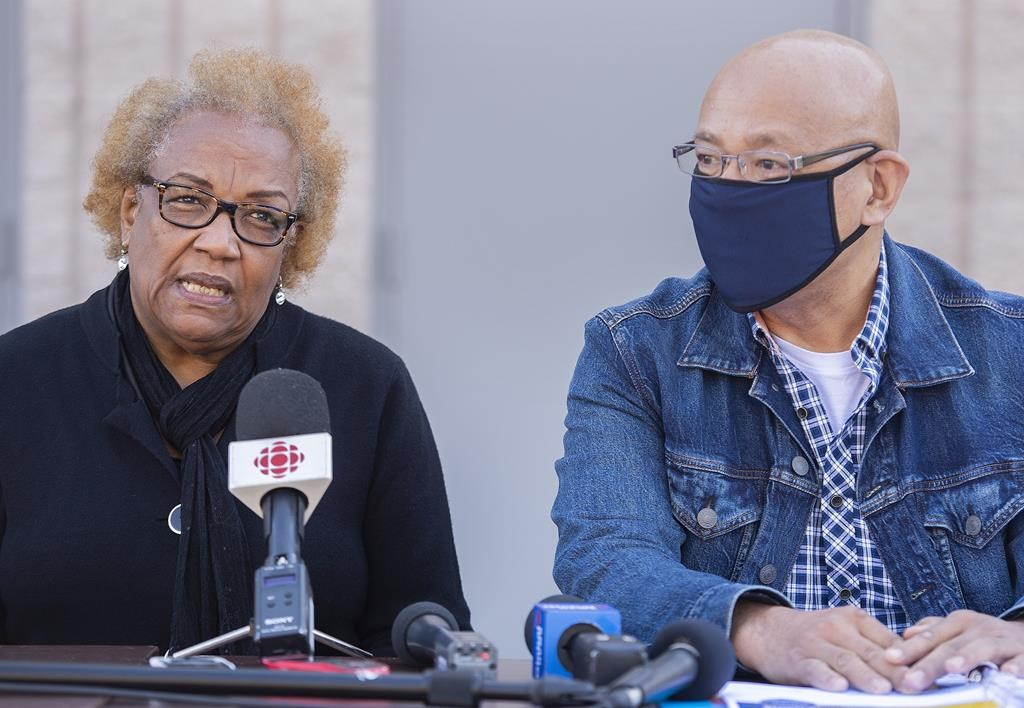 Marie-Mireille Bence, mother of Jean-Rene Jr. Olivier, who was shot dead by Repentigny police, attends a news conference on racial profiling by police alongside Fo Niemi of CRARR in Repentigny, Que., on Sept. 26, 2021. Photo by The Canadian Press
Previous story
Next story

Local Black leaders from a town just north of Montreal say the local police force did not hold proper community consultations when they developed an action plan to combat racism and racial profiling on the force.

Associations representing Black residents from Repentigny, Que., took part in a press conference today where they said they feel their voices are misrepresented in the five-year plan and expressed fears that change will be too slow in coming.

The force gave itself five years to carry out the action plan released on Sept. 16 after a report into racial profiling found Black people are almost three times more likely to be arrested than any other residents.

The force has faced several racial profiling complaints over the years, with the latest coming last month after the police-involved shooting death of 37-year-old Black resident Jean René Junior Olivier.

Olivier's mother Marie-Mireille Bence says the lack of community consultation is a further indication of racism and lack of transparency within the ranks.

She says she intends to file a human rights complaint against the force with the help of Montreal-based civil rights group Centre for Research-Action on Race Relations.