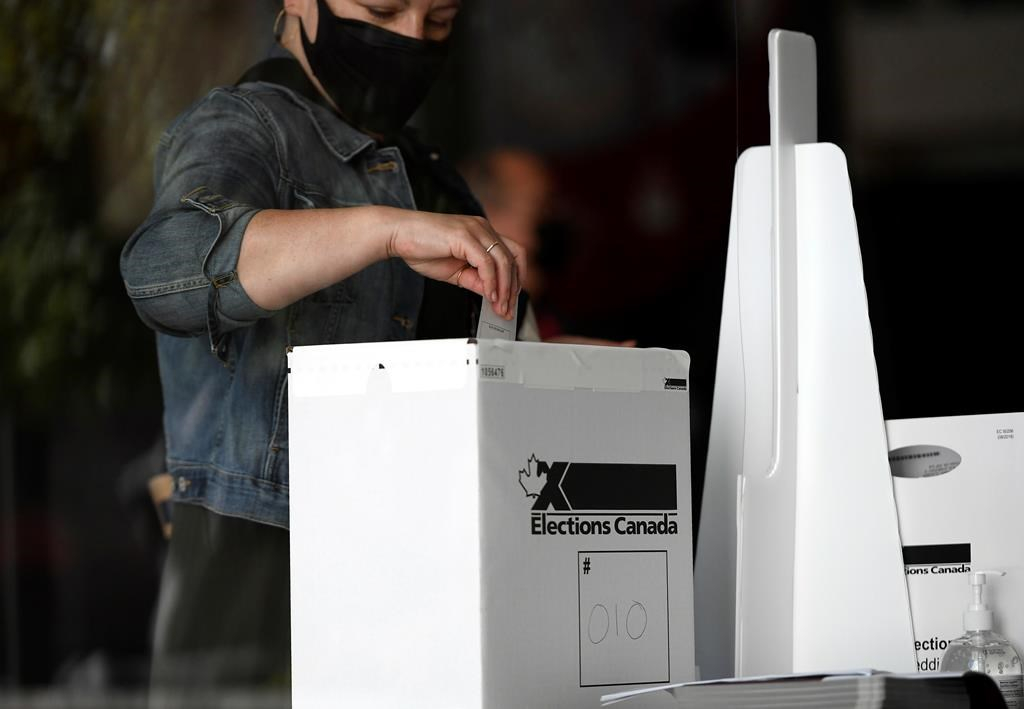 A voter casts their ballot at a polling location on election day during the 44th Canadian general election, on Monday, Sept. 20, 2021. File photo by The Canadian Press/Justin Tang
Previous story

Sixty-two per cent of eligible voters cast ballots in last week's federal election — about average turnout for recent Canadian elections despite the challenges of the COVID-19 pandemic.

Elections Canada says almost 17 million Canadians voted, out of 27.4 million eligible electors. That does not include voters who registered on election day so the final number could tick up a bit, the agency says.

Turnout was down from 67 per cent in 2019 and 68.3 per cent in 2015 but it was still better than four of the previous seven federal elections held in Canada since the turn of the century.

The pandemic resulted in fewer polling locations, fewer poll workers and long lineups to vote last Monday in some places.

It also resulted in a record number of Canadians — some 850,000 —voting by mail.

Elections Canada expected to finish validating the results in all ridings on Monday, after which candidates in close-fought ridings will have four days to request a judicial recount.

Justin Trudeau's Liberals emerged from the election with a second minority government, having won 159 seats, a gain of two over their 2019 result.

However, the winner in one of them — Kevin Vuong in Toronto's Spadina-Fort York — will sit as an independent after failing to disclose to the party a past sexual assault charge, which was later dropped.

The Conservatives won slightly more of the popular vote — 33.7 per cent to the Liberals' 32.6 per cent — as they did in 2019. But because their vote was heavily concentrated in Alberta and Saskatchewan, they won fewer seats.