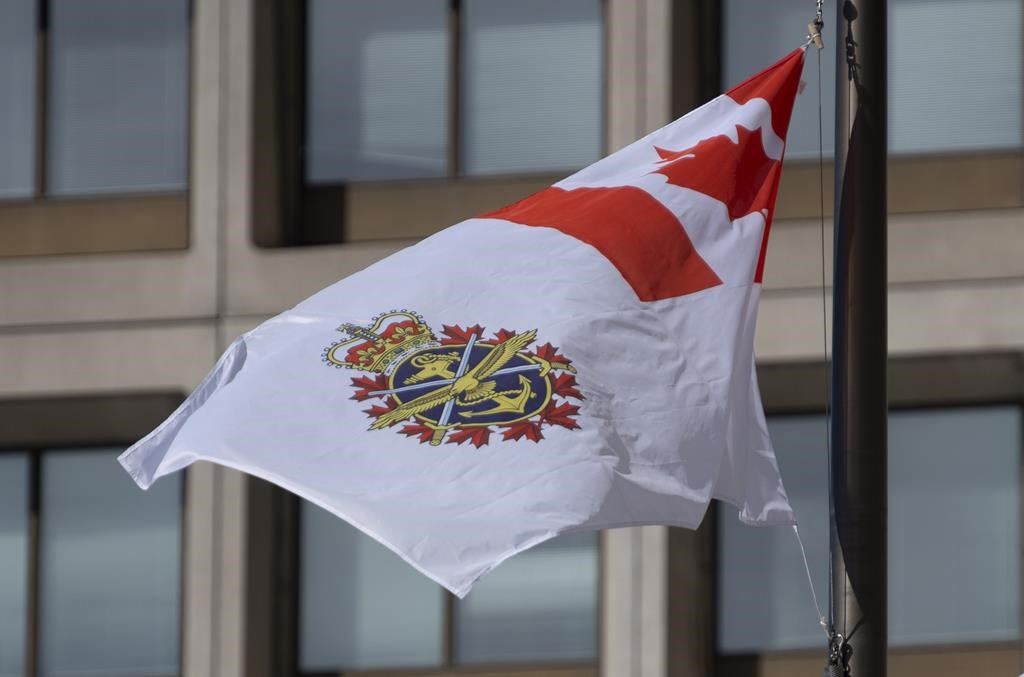 An expert on sexual misconduct says it would be dishonest for the Department of National Defence to promote the military as a positive place for women to work in a coming campaign after widespread reports to the contrary.

The Canadian Armed Forces, which has long struggled to boost the number of women in its ranks, hopes to have them represent one-quarter of members by 2026.

That figure now sits at 16.4 per cent, according to the department, and an internal study suggests the department needs to recruit around 3,500 women each year to meet its goal.

National Defence says overall recruiting has been down because the pandemic restricted capacity for compulsory basic training. But 493 women enlisted in 2020-21, representing around 24 per cent of enrolment in the regular force.

While recruiting more women poses a challenge, the military has been rocked in the last year by public reports of sexual misconduct allegations, including against its most senior officials.

The complaints of widespread inappropriate behaviour prompted Prime Minister Justin Trudeau to say it was clear military complainants didn't feel they had a place to report their experiences. He asked a former Supreme Court justice in April to investigate the issue, more than six years after an earlier report on the matter.

That same month, a consulting company delivered a report based on focus groups with women aged 18 to 34 to test advertisements ahead of a recruitment campaign initially set to roll out in October.

"Due to the COVID-19 pandemic, production was paused and adjustment to the campaign plans and tactics were required," National Defence spokesman Andrew McKelvey said Thursday.

He added the department started working on this latest effort in spring 2020 and has run different versions of such ads over the years.

"Currently, we are planning to launch a women’s campaign in the winter."

An executive summary of the report posted to a federal website details how participants were shown storyboards with different advertising concepts that looked into the lives of women in the Air Force, Royal Canadian Navy and Canadian Army.

The images showed women travelling, mothers being able to strike a work-life balance with their families and opportunities to serve in non-traditional environments.

"I think they have to deal with a cultural issue before they can sort of make any claims in recruitment campaigns," said Megan MacKenzie, a chair in international law and human security at Simon Fraser University who studies sexual misconduct in the military.

"It's dishonest to recruit women into an institution at this point with such positive messaging when so many women and men who have experienced sexual misconduct are saying they don't feel safe in the institution."

The report includes summaries of feedback the 59 participants gave about the planned ads, including one where they saw the message as women being accepted in the military if they were part of the LGBTQ community.

"Participants felt the ad did not address concerns about LGBTQ in the military, and to a few it seemed contradictory to what recent news headlines communicate about sexual abuse in the forces," it reads.

Another theme communicated through the different ads was of women serving in the military being able to still care for their children, which yielded both positive and negative reactions.

"Some participants did not appreciate the stereotype of women having to take care of the family or the children and that a similar approach would not be used to recruit men," according to the report.

For a similar one, it said the women felt that "the importance of a family-work balance is displayed in a more subtle way, showing only the baby carriage instead of the baby."

Different responses were also recorded for scenes showing a woman in the air force working as a mechanic.

"Younger participants expressed that highlighting jobs typically done by men done by a woman is important, however a female mechanic is not that rare anymore," the report said, while also saying others found the image to be "empowering."

"It seems like there's a bit of a struggle to make the case for why the Canadian defence forces is a good place for women, or a good employer for women," MacKenzie said after looking through the report.

She questioned whether it's even possible for the department to run a positive recruitment campaign when the Armed Forces is in "crisis," adding she suspects the months of reports of military misconduct among the highest ranks could affect how many women and men sign up in future.

This report by The Canadian Press was first published Sept. 30, 2021.