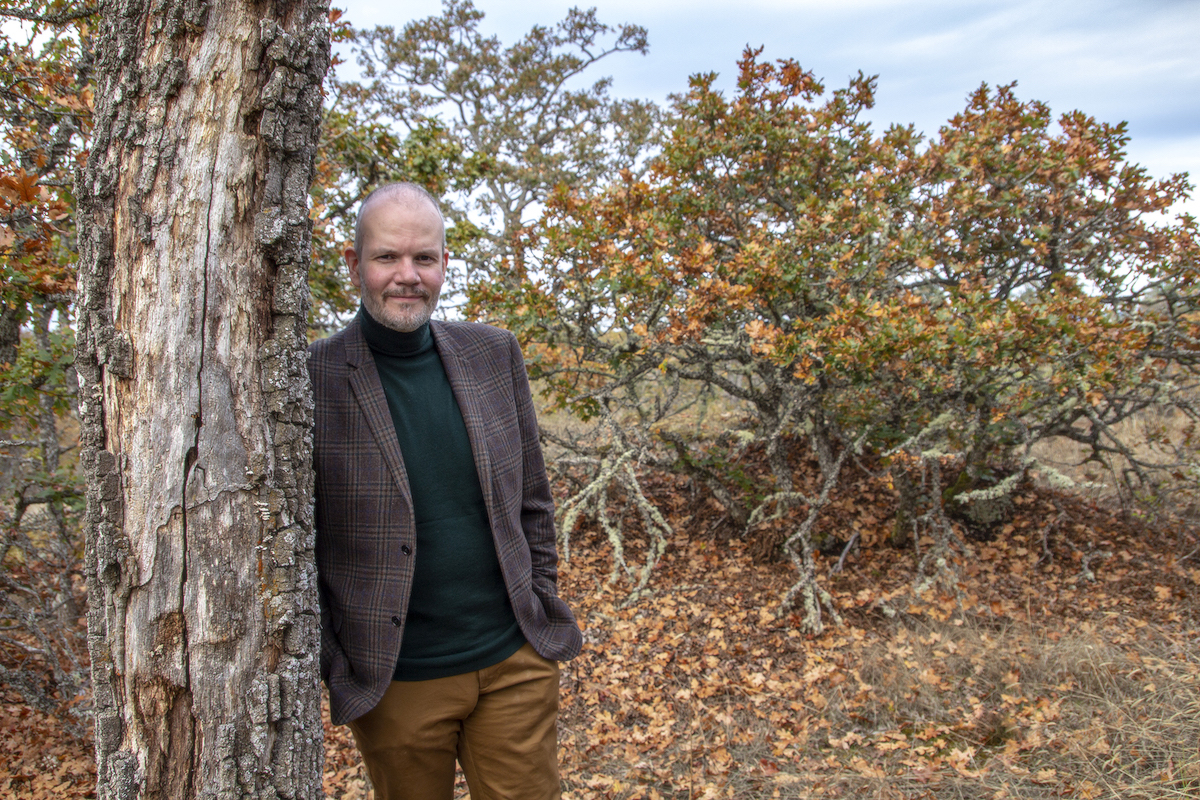 Climate change is the largest and most impactful story on the globe, yet Canadian media in particular has done an inadequate job in covering the issue, one expert says.

There’s a tendency to report on the climate crisis in silos as individual policy, economic or environmental issues when the topic is interconnected and shapes virtually every aspect of our lives, said investigative reporter Sean Holman, the new professor of environmental and climate change journalism at the University of Victoria.

“The coming three decades (are) going to be about climate change, which is going to impact so many different aspects of our lives in ways we don’t fully appreciate right now,” Holman said, adding climate is a story about politics, economics, justice, food, health, and even sports and entertainment.

“It’s not just an environmental story and hasn’t been for a while. It’s a story that spans almost every single beat the news media covers … but we are just not always covering it that way,” he said.

“That deep impact means there is such a necessity for more people in this world to create connections to those disparate issues … in a way that allows us to come up with better solutions to adapt to and mitigate climate change.”

Now, THIS is a BIG surprise: American newspapers devoted 2x as much front-page space to the IPCC's "Code Red" #climate report as Canadian newspapers did. #journalism #cdnmediahttps://t.co/QXOBjM260U

The Glasgow talks are largely being portrayed as the last window of opportunity for world leaders to possibly limit global warming to the 1.5 C threshold and curb some of the worst instances of chaos that will unfold as the climate crisis advances.

But as the climate talks unfold, Canadian media needs to limit reporting on policy and shift the focus to people, Holman said.

Climate coverage overall has failed to humanize the immediate impacts of the climate crisis on people’s lives, livelihoods, families, and communities, he said. As a result, people often don’t feel connected to the issue. And so, global warming feels like a remote eventuality — blunting any sense of urgency to act.

“It’s not just an environmental story and hasn’t been for a while. It’s a story that spans almost every single beat the news media covers but we are just not always covering it that way,” says @uvic journalist Sean Holman on #ClimateChange reporting.

The human experience in climate disasters, like the wildfires that tore through B.C. this summer, is covered somewhat by the reporting of the numbers of lives, livestock, or homes being lost, Holman said.

But people’s experiences, responses, and adaptation are often underrepresented in news reports.

“If these disasters don't have human faces, it makes it so much more difficult for others to empathize with those experiences,” he said. “Yet I think that’s how you effect change, and that’s how you build community.”

In addition to humanizing climate change, journalists need to regionalize or localize the issue, even when covering international events such as COP26, Holman said.

“As part of the coverage of the negotiations in Glasgow, there needs to be, especially in Canada, much greater emphasis on how climate change is impacting specific regions and communities,” he said, noting an overall lack of scientific data on the localized impacts of climate change can complicate that objective.

The climate conference offers community newsrooms the chance to tie the global issue to their own backyards, he said.

“I think it’s a huge opportunity for local newspapers across this country … which may not cover climate change as regularly as they could.”

Stories also need to focus on the resiliency of individuals and communities, positive adaptations, and useful outcomes that arise by reexamining a climate disaster such as the savage wildfires, heat, and droughts that plagued Western Canada and the U.S. this summer, he said. Holman added that he and other journalism colleagues and programs are working to establish a “climate memory vault” that includes personal stories to identify the shared experiences and possible points of action.

“When it comes to global warming, I think people feel a profound lack of empowerment as a result of (news) coverage,” he said.

“It’s basically like saying this horrible thing is happening, and you can’t do anything about it.”

Media can do a better job of helping the public and communities take agency and understand what positive actions they can, or need, to take to mitigate climate crises and keep themselves safe, he said.

“So what are the commonalities in those experiences?

“And how by sharing those stories can we ensure that the next heat wave we experience — because there will be another — is less damaging?”

Sadly, our publicly-funded national broadcaster, the CBC (CBC Calgary in particular), still cheerleads for fossil fuels. CBC is more likely to cover the personal stories of laid-off workers in the oil patch than people suffering the impacts of climate change.
Still in bed with Big Oil. Still parrotting the fossil fuel industry's propaganda masquerading as analysis. Still peddling the fossil fuel lobby's deceptions. Still attacking the solutions. Still insisting that renewables "just aren't ready". Still greenwashing the oilsands. Still trying to slow down the energy shift. Still misleading Canadians on energy and climate issues. Still failing on journalistic scepticism. Still giving fossil fuel industry promoters a platform, while failing to challenge their claims. Still failing to call climate change denial and delayism by name. Still riddled with errors and hopelessly biased. Still feeding Canadians the industry's talking points without any journalistic mediation. Still captured by industry.
https://www.cbc.ca/news/business/bakx-oilsands-renewables-enbridge-1.598...
https://www.cbc.ca/news/business/bakx-oilpatch-ceraweek-1.5935342
*
"How political symbolism brought down Keystone XL"
Aaron Wherry: "The project's fate seemed to be sealed years ago, but it haunts us still."
https://www.cbc.ca/news/politics/keystone-xl-pipeline-biden-trudeau-kenn...
*
CBC Radio newscast: “U.S. president-elect Joe Biden plans to cancel the permit for the Keystone XL pipe-line on his first day in office - a move that would be DEVASTATING to Alberta and the Canadian economy. Kyle Bakx reports.”
*
CBC Calgary Business Unit: "We created a business reporting unit in Calgary in 2014, as the oil and gas industry was just beginning a long downturn that continues to this day. We did so because oil and gas is Canada’s largest export, it employs more than 150,000 Canadians, and has a significant effect on the Canadian economy."
*
CBC Alberta offers no shortage of airtime to fossil-fuel industry and pipeline cheerleaders. Scan the guest list on CBC's West of Centre podcast: A who's who of right-wing voices in Western Canada. The same names and over again. Not one person on CBC Calgary's Rolodex has a science-based climate plan. All support fossil-fuel expansion and new oilsands pipelines. All exemplars of Denial 2.0.
CBC gives significant airtime and op-ed space to oil industry-insider and former WildRose Party official David Yager, a fixture on CBC Radio in Alberta. No escaping his relentless fossil fuel boosterism.
*
The question is not why there are so many pipeline and industry cheerleaders in CBC's ranks — but why there are any.

"Climate change is the

"Climate change is the largest and most impactful story on the globe, yet Canadian media in particular has done an inadequate job in covering the issue, one expert says."

Was Sean Holman just too polite to say the word "Postmedia"?

Yes, I couldn't agree more with this article. The National Observer is doing a great job covering Climate Change but where are the other media outlets- especially the CBC, our public broadcaster? I have written to the CBC and have asked for better coverage. Let's flood them with demands for more Climate Change coverage. And as the author says, personal stories bring the topic to a more human level.

Also, I think many Canadians still don't understand the science of Climate Change enough to be able to "connect the dots" regarding impacts and potential impacts, especially when it comes to positive feedback loops. For example, as the Arctic sea ice melts, the albedo effect of the ice is lost and more warming occurs. It would be helpful if the media communicated some "Did you know?" facts about Global warming.