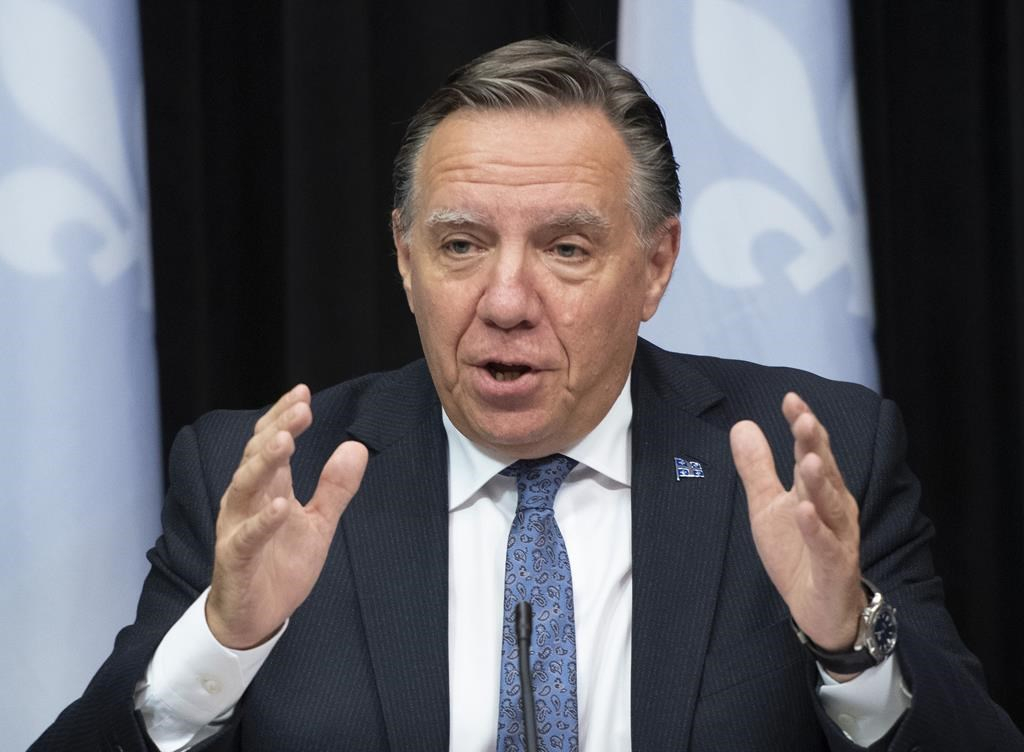 Quebec Premier François Legault speaks at a news conference, on Thursday, Sept. 23, 2021, at the legislature in Quebec City. File photo by The Canadian Press/Jacques Boissinot
Previous story
Next story

Quebec Premier François Legault is accepting responsibility for the lack of compassion and solidarity toward Indigenous Peoples last week involving himself and the opposition.

Legault said today on Facebook that last week's debates on racism did not strike the right tone, because they occurred on the first anniversary of the death of Joyce Echaquan and later, on the National Day for Truth and Reconciliation.

On Sept. 28, one year since Echaquan died in a Quebec hospital after being mocked, a debate over systemic racism degenerated into partisan sniping during question period, prompting a call for calm from the Speaker.

Two days later, Legault was criticized when he told reporters the province needed more "productivity" in response to questions about why Quebec had not officially recognized the National Day for Truth and Reconciliation.

Legault's message today was to mark Missing and Murdered Indigenous Women and Girls Honouring and Awareness Day, and he says the situation requires putting partisanship aside and shining a light on what Indigenous Peoples are going through.

On Friday, a coroner's report into the death of Echaquan, the 37-year-old Atikamekw mother of seven, urged the government to recognize the existence of systemic racism in the province, something Legault has steadfastly refused to do.

But Legault says the province is committed to fighting racism and rallying Quebecers together in that fight.

"I am well aware that the National Assembly last week did not send the message of compassion and solidarity that the situation demanded of us, I include myself in this and take responsibility for it," Legault wrote on Facebook. "As premier, I have a duty to lead by example, I sincerely try to do this every time I speak to Quebecers."

Legault said he is convinced the vast majority of Quebecers are ready to fight racism. "We must make it a collective mission, so that everyone stands up to discrimination when it occurs."

This report by The Canadian Press was first published Oct. 4, 2021.

‘We can’t truly have reconciliation until we have that truth’

In Ottawa, first National Day for Truth and Reconciliation honours survivors, those who never came home