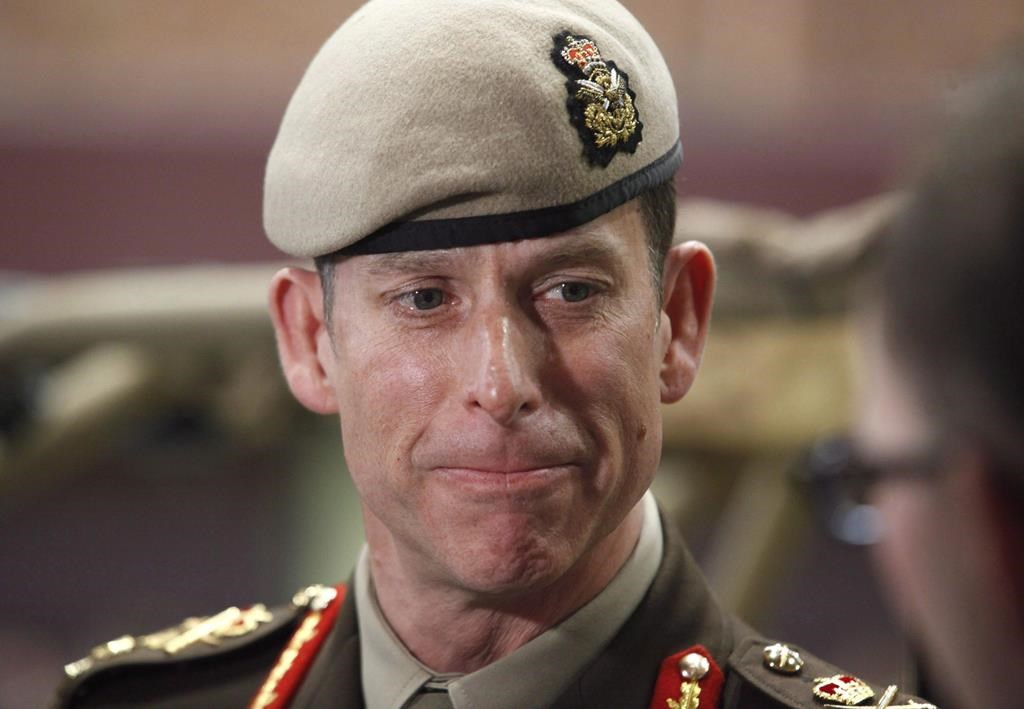 Defence Minister Harjit Sajjan's office is standing by the military's decision to reassign a senior officer who wrote a reference for a convicted sex offender to a new job that involves reviewing ways to eliminate sexual misconduct from the Canadian Armed Forces.

Yet survivors and experts of military sexual misconduct are expressing outrage over Maj.-Gen. Peter Dawe’s new role, saying it raises even more questions about the Armed Forces’ ability and commitment to addressing the problem.

“This decision clearly illustrates an inability to think rationally about the (military sexual trauma) file and the challenges it presents,” said Sam Samplonius of It's Not Just 700, which represents survivors of military sexual misconduct.

“This decision also perpetuates the perspective that the senior officers are more concerned with taking care of each other at the expense of others.”

Dawe was relieved as commander of Canada's special forces in April when the CBC reported that he had written a character reference four years earlier for a soldier convicted of sexually assaulting a comrade’s wife.

Dawe quickly apologized to service members, and acting chief of the defence staff Gen. Wayne Eyre said in a statement at the time that he remained confident in the senior officer, “who has accepted full responsibility and has learned from this tragic case.”

Eyre nonetheless acknowledged Dawe’s actions had caused “division and pain” in the military, and that he would take his time before deciding if and when the former special forces commander would return to duty.

Yet the Defence Department on Tuesday confirmed an Ottawa Citizen report that Dawe has since been tasked with collecting and reviewing recommendations from three separate external reviews conducted by retired Supreme Court justices.

Two of those reviews — one conducted in 2015 by Marie Deschamps and the other that is currently underway and being led by Louise Arbour — deal specifically with the question of addressing military sexual misconduct.

The third by Morris Fish was released in June and is focused on the military justice system, but also includes substantial sections on addressing inappropriate and illegal sexual behaviour in the ranks.

“Maj.-Gen. Dawe has returned to work and has been tasked with reviewing, compiling and collating recommendations from each of Canadian Armed Forces external reviews,” Defence Department spokesman Daniel Le Bouthillier said in a statement.

“This work will enable decision making and help ensure these recommendations are implemented in a timely, deliberate manner.”

While Sajjan in April had questioned what he described as a “serious lapse in judgment” by Dawe, spokesman Daniel Minden on Tuesday indicated the minister’s office stood by Eyre’s decision to assign him to the new post.

“Our members and employees deserve institutions in which they can have full confidence, and we are working to deliver reforms that will bolster CAF members’ confidence in the military justice system,” Minden said in a statement.

However, Samplonius and others questioned not only the absence of any previous announcement that Dawe was being reassigned, but also the message that his new appointment has sent to victims of military sexual misconduct.

“It is outrageous that a service member who wrote a letter in support of an accused perpetrator of sexual assault with the explicit intent of reducing his sentence will be put in any sort of leadership role related to military sexual violence,” said Megan MacKenzie, an expert on military sexual misconduct at Simon Fraser University in B.C.

“It's an insult to victims and clear signal that this institution does not have the will or the ability to address systemic sexual misconduct in the ranks.”

Charlotte Duval-Lantoine of the Canadian Global Affairs Institute suggested Dawe’s assignment could actually be a punishment of sorts given that he is not in a command position, and that the situation raises a big question: What to do with officers who show poor judgment but don’t actually break any rules?

“Is what Dawe did a fireable offence?” Duval-Lantoine said. “I don’t think the military believes so. Then, what do you do with him? The question is complex, but the solution Eyre came up with is not the right one. It shows that there is a dearth of big picture, strategic thinking here.”