Trudeau expected to announce today all federal workers must be vaccinated 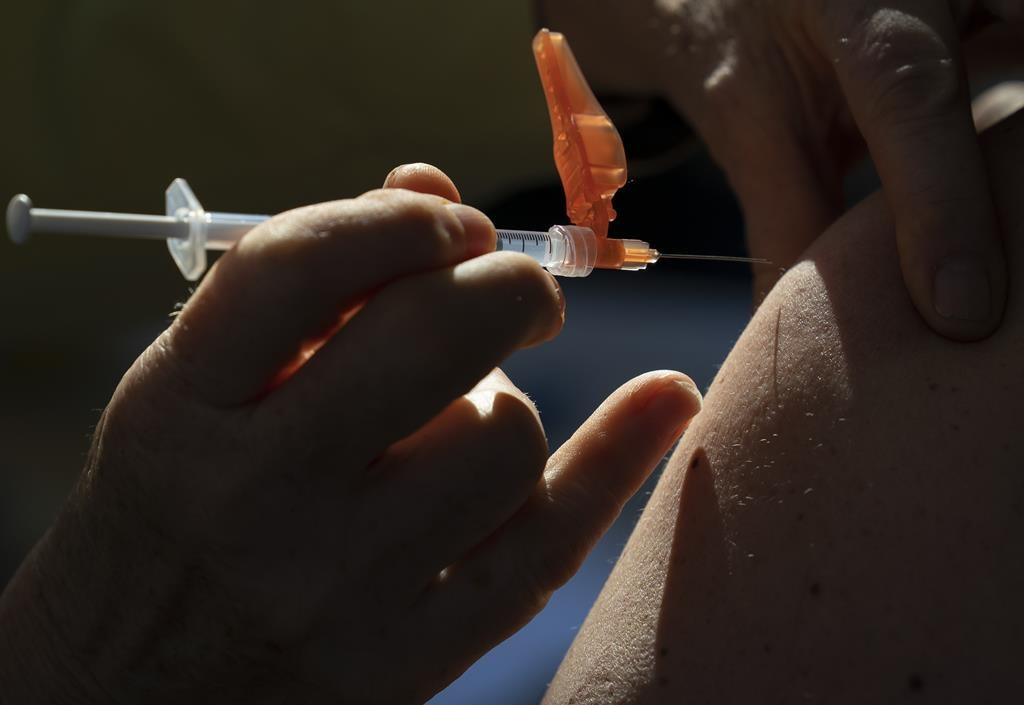 A dose of the Pfizer-BioNTech COVID-19 vaccine is given to a recipient at a vaccination site in Vancouver on Thursday, March 11, 2021. File photo by The Canadian Press/Jonathan Hayward
Previous story
Next story

Prime Minister Justin Trudeau will make good today on his election promise to require all federal employees to be fully vaccinated against COVID-19.

Trudeau is expected to announce at a news conference this morning a new policy of mandatory vaccinations for employees in federally regulated workplaces.

That will include mandatory vaccinations for anyone wanting to board a plane or a train in Canada.

The policy is expected to go into effect by the end of this month.

Trudeau promised in August, just before calling the election, that his Liberal government would make vaccinations mandatory for federal employees.

Since then, Treasury Board officials have been working out the details — including the consequences for workers who refuse to get vaccinated — in consultation with the affected unions.

On Tuesday, an executive of one of the unions said a draft policy that's been circulated would require even federal employees who work from home to be fully vaccinated if they want to keep their jobs.

Stephane Aubry, vice-president of the Professional Institute of the Public Service of Canada, said the government appears to be leaning toward making vaccination "a condition of employment" that would apply to everyone, regardless of where they work.

The policy is expected to allow only for very narrow medical exceptions.

Trudeau's government is also working with provinces on producing a federal proof of vaccination certificate, or passport, but that is not expected to be part of today's announcement.

Trudeau expected to announce all federal workers must be vaccinated against COVID-19. #CDNPoli #COVID19 #Covid19vaccine

Federal officials say a national vaccine passport that could be used for international travel can't be created unilaterally by Ottawa because all health data in Canada is compiled and stored by the provinces and territories.

Although personally supportive of vaccines, Conservative Leader Erin O'Toole was the only major party leader to oppose making them mandatory, arguing that individuals' personal health decisions must be respected.

Trudeau cast the issue as a matter of showing federal leadership, reinforcing the need for everyone to get vaccinated to protect themselves, their families and their communities.

He was dogged throughout the campaign by extreme, profanity-spewing, anti-vaccination protesters and supporters of the People's Party of Canada, which capitalized on the anti-vaccine movement to boost its share of the popular vote to almost five per cent.