Canadian tech can help in the battle against greenhouse gases. Trudeau needs to act now 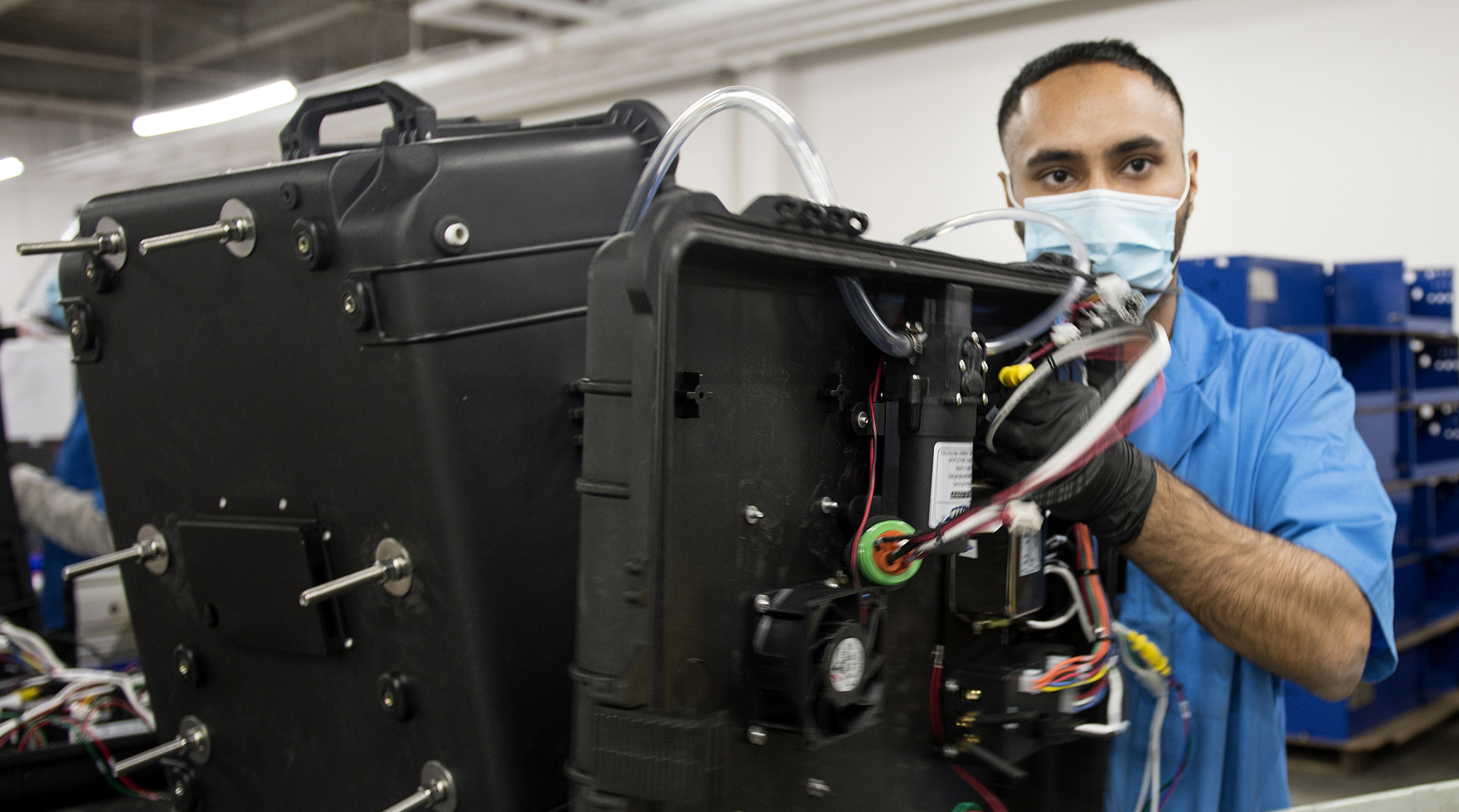 A technician on the assembly line at dynaCERT’s R&D and manufacturing facility in Toronto. The company’s HydraGEN™ units are used around the world to reduce carbon emissions among diesel engines to cut greenhouse gas emissions. Photo by Jag Gundu
Previous story

As Canadians debate whether the recent federal election has really changed anything, the new-look Trudeau government needs to move fast to deliver on its climate change promises while firing up the green economy.

It’s time to roll up the sleeves and start putting words into action when it comes to creating jobs and reducing carbon emissions via new technologies.

The climate change platform planks we saw in the election were varied and at times creative, often containing new ideas that take advantage of emerging technologies, hydrogen deployment, popular sentiment, and even the need to raise big money to kick-start a green economy.

For example, the Liberals have been touting the benefits of flow-through shares, a federal tax incentive program that has successfully enabled the private sector to pour billions of investment dollars to build the mining and oil and gas sectors, making Canada a world leader in these industries. The Conservatives also felt this was a worthy election promise and committed to flow-through shares in their plan.

Team Trudeau actually included these expanded tax measures in its budget back in April. Now that the distractions of planning and fighting an election are over, the hard work can get done. The economy demands it. The environment needs it.

Those flow-through dollars would feed directly into developing the green economy, creating green jobs and helping to “green” the emissions profile of this country.

Opening the door to this kind of money by dangling attractive tax incentives for investors has already proven to be a huge catalyst for job creation in towns and cities across Canada’s vast landscape that might have otherwise failed to attract lucrative jobs in the mining, and oil and gas sectors.

The Liberal platform targeted net-zero emissions, but the target date is decades away — pledging to reduce greenhouse gases up to 45 per cent by 2030 and hit net-zero by 2050.

The prime minister would do himself — and the world — a favour by recognizing the immediate and dramatic reductions in carbon emissions attainable by focusing on the transportation sector.

Transportation accounts for approximately 25 per cent of carbon emissions in Canada and the U.S. There are an estimated one billion diesel engines being used worldwide. It’s an attractive target for emissions reduction by any measure. Canada must foster the commercialization of new technologies to reduce emissions in diesel engines. Sometimes the low-hanging fruit is worth grabbing.

Opinion: The prime minister would do himself — and the world — a favour by recognizing the immediate and dramatic reductions in carbon emissions attainable by focusing on the transportation sector, writes Jim Payne of @dynaCERT. #CleanTech

Of course, the world is moving towards an eventual rollout of affordable long-haul transportation vehicles that run on batteries, not to mention heavy-duty vehicles used for mining and construction. But we are not there yet technologically, nor in terms of affordability and feasibility in North America.

In the meantime, there are effective emissions-reduction technologies available to governments and private companies involved in shipping, trucking, mining, and other industries — technologies that can slash the deadliest and most damaging of the greenhouse gases.

Waiting for new technologies and the billions of dollars required to deploy them in a meaningful way will take years — years that should no longer be wasted.

Utilizing effective Canadian tech in the battle against greenhouse gases is good for domestic jobs, good for the environment, and good public policy. And acting now can make a difference.

When it comes to reducing greenhouse gases, Canadians deserve timetables, specific short-term reduction targets, and even more creative thinking to harness the large pools of investment capital and technology that can move the solutions to pollution quickly.

Sometimes short-term thinking is required, especially when immediate action can help stave off the climate crisis.

James Murray Payne is president and CEO of dynaCERT Inc., a carbon emissions-reduction technology company based in Toronto with sales worldwide.

There’s money to be made from a cleaner economy

This article doesn't 'taste' right... I agree that the Canadian Government needs to set aggressive, short-term GHG emission targets, however I believe taxpayer dollars should be spent on replacing fossil fuel based systems, not extending their lives...

"Sometimes short-term thinking is required, especially when immediate action can help stave off the climate crisis". Actually, the opposite is true. We have been focusing on short term incremental fixes for many decades, and are now starting to see the consequences. Sure, we can make diesels, spark ignition engines gas turbines, etc. more efficient and less polluting, but we have been doing this since the invention of these devices a century or more ago. First and most important, we need to drastically increase the efficiency with with we use energy so that we stop squandering it. One of the easiest ways to do this is often through electrification (i.e. electric heat pumps instead of gas furnaces, electric vehicles, etc) We then need to ensure our electricity is obtained from non-emitting (ie. effectively zero carbon instead of "low carbon" ) sources.

Bingo, and Amen to the last

Bingo, and Amen to the last two commenters' observations.

I thought the Opinion sounded like an investor's opinion.

We're some past the time for trying to choose winners some time in the future: it's long past the time to employ the tech we have, where it's feasible. If that's an "in the meantime" proposition, so be it. At least it makes real moves toward the stated goal.

Which I don't believe for one moment has been the goal of very many governments in wealthy nations, and that goes double for the Canadian government.