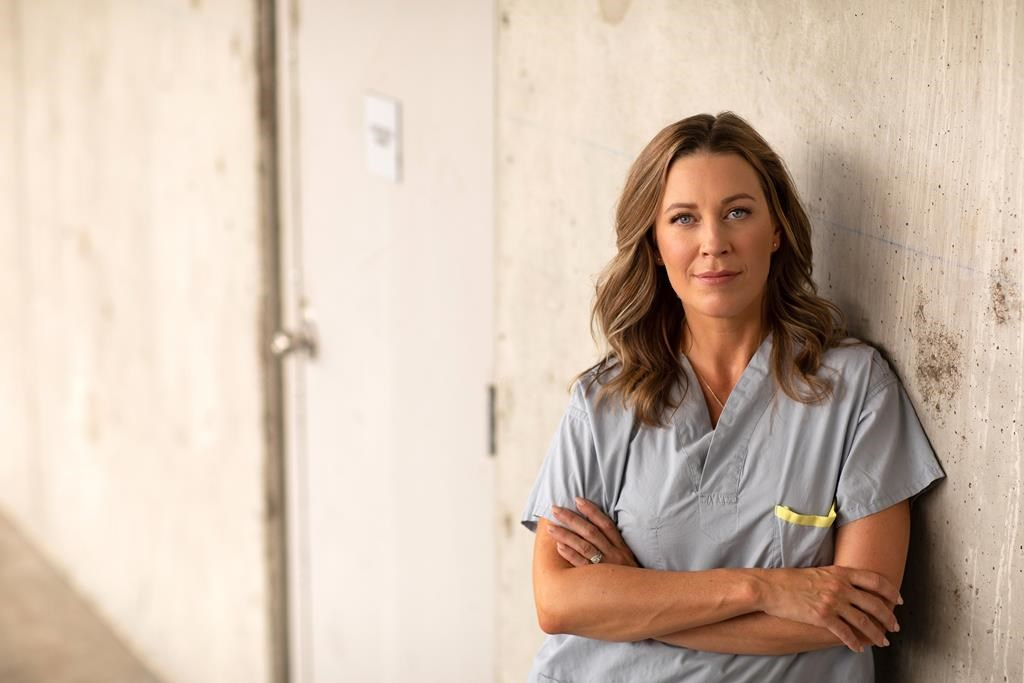 The president of the Canadian Medical Association says provinces like Alberta are "gaslighting" health-care workers over the toll the COVID-19 crisis is taking on the health-care system.

Dr. Katharine Smart says there's a feeling of hopelessness among health-care workers in the country that their governments are not listening to them as they try to manage the pandemic and feel there's no end in sight.

"What is happening in the world when we have governments unwilling to listen to the people doing the job?" she told a news conference on Wednesday.

She said when politicians in hard-hit jurisdictions talk about creating more hospital capacity to deal with steep COVID-19 caseloads, health-care workers feel the public isn't getting the full picture because there is a lack of trained doctors and nurses able to properly care for patients in these extra beds. She added staff are being denied time off and forced to work mandatory overtime to cover for the shortages.

She also said that health-care workers expressed feeling like "there's a lot of gaslighting happening in Alberta" when officials talk about intensive care capacity. The term "gaslight," which comes from a 1940s psychological thriller of the same name, means to manipulate someone else to the point where they doubt their own sense of reality.

Canada is currently in a fourth wave of the COVID-19 pandemic, driven partly by a more transmissible variant and not yet having achieved herd immunity through vaccinations.

Eighty-two per cent of Canadians eligible to receive the COVID-19 vaccine were fully vaccinated as of Wednesday, while 88 per cent of those eligible had received at least one dose.

Top provincial and federal health officials say those who aren't fully immunized are for the most part the patients needing intensive care and admission into hospital from contracting COVID-19.

The doctors organization joined with the Canadian Nurses Association to hold an emergency summit Tuesday with health-care workers discussing how to move forward, as COVID-19 cases climb in parts of the country, pushing health systems to the brink.

Together, they called on governments to address staffing shortages across Canada through better retention and recruitment efforts, as well as provide "immediate relief" to those working in COVID-19 hot zones.

The organizations also want governments to commit to protect health systems from collapsing by bringing in public health measures needed to prevent further spread of the virus, and empower school boards to do the same.

Smart says the Liberal government could do more outreach to health workers as well as provide a framework to provinces when it comes to responding to COVID-19 like it did for medical assistance in dying.

She also highlighted the need for a "functional national vaccine passport or certificate."

The federal government announced in August it would develop such a document for international travel. Prime Minister Justin Trudeau said Wednesday that Ottawa is working with the provinces to standardize proof of vaccination that people would use to access non-essential businesses and entertainment venues.

Tim Guest, president of the Canadian Nurses Association, said Tuesday the health-care sector is facing a "huge data gap" in knowing what resources are available for them, and what the workforce looks like across the country. He said the federal government, which transfers health funding to the provinces, should remedy this.

The organizations are particularly concerned about growing surgical backlogs and the effect that will have on patients' quality of life for the years to come.

According to Health Canada data, Alberta and Saskatchewan boast the highest rate of active cases of COVID-19 among the provinces.

Premier Jason Kenney admitted Alberta's United Conservative Party government got it wrong when it lifted virtually all health restrictions over the summer. Saskatchewan Premier Scott Moe has not said as much, despite making similar decisions.

"One of the real things we heard and a theme last night is health-care workers want our leaders to be honest. They want them to acknowledge what they're hearing from front-line workers," said Smart.

The organizations say the well-being of health workers is also top of mind, as they report feeling exhausted, demoralized and short-staffed for more than 18 months straight.

The CMA and other organizations are already working together to lobby the government to create a national health workforce agency to better plan for the future of health human resources, said Linda Silas, president of the Canadian Federation of Nurses.

Her organization wanted to see the summit continue to focus their advocacy on the health workers shortage, which has been exacerbated by exhausted nurses and other workers leaving the industry entirely.

Silas said nurses are feeling overstretched and overwhelmed and it’s affecting the level of care they can give their patients.

"The guilt is weighing on their shoulders so much and they feel heavy all the time because of not being able to do their job appropriately," she said.

She said the summit was not only concerned with hospital issues like surgical backlogs and overcrowded ICU beds, but also on the impact the pandemic has had on long-term care and home care.