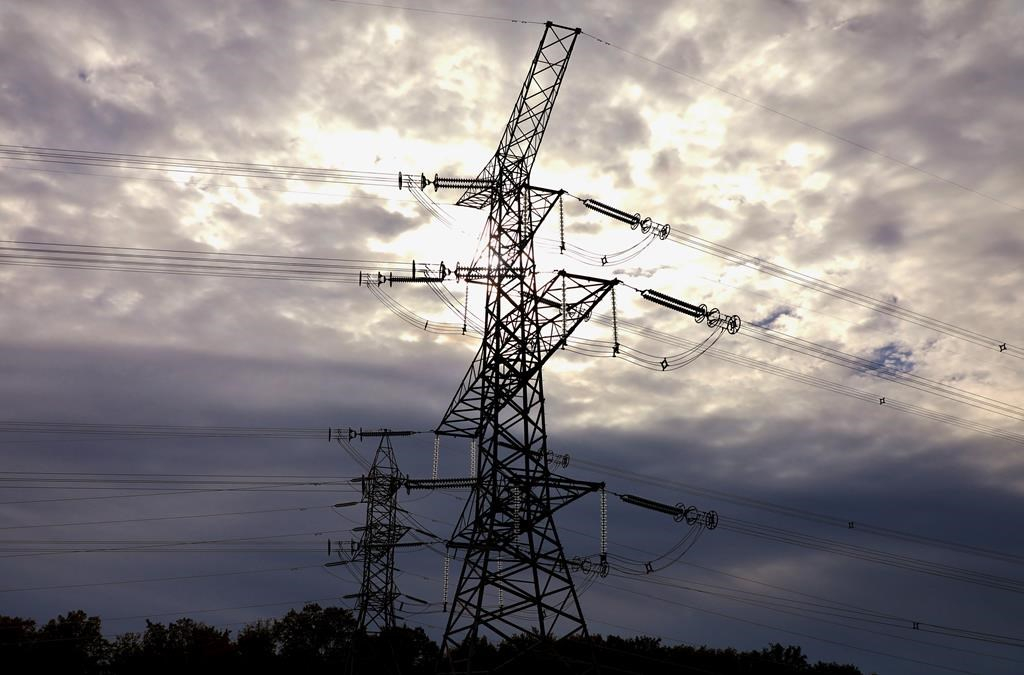 Phasing out natural gas generation by 2030 would result in rotating blackouts and higher electricity bills, Ontario's electricity system operator said in a report released Thursday concluding that the move isn't possible on that timeline.

The Independent Electricity System Operator examined the idea after 31 municipal councils in the province called for it to happen by the end of the decade.

The IESO concluded it would be too costly for a relatively small return on emission reduction, wouldn't be possible to build the necessary infrastructure in that time, and would leave supply too unreliable.

Phasing out gas generation by 2030 would cost more than $27 billion to install new supply and transmission lines, increase annual system costs by $5.7 billion a year and result in an extra $100 on an average monthly electricity bill.

"A gas phase-out strategy by 2030 provides a very poor return on investment, and suggests that it would be more cost-effective to direct spending into broader carbon reduction strategies that produce much greater impacts," the report concludes.

Ontario's electricity system is already 94 per cent emissions-free, the IESO said, thanks to the phase-out of coal seven years ago, and accounts for a small percentage of the province's overall emissions.

But the IESO has projected that emissions from the electricity sector will rise from around four megatonnes currently to more than 12 by 2030, largely due to nuclear refurbishments and retirements, resulting in a greater need for gas.

Energy Minister Todd Smith said he has asked the IESO to evaluate a moratorium on new natural gas generation and develop an "achievable" pathway to phase it out because doing so by 2030 isn't feasible.

"The significant impacts to affordability and reliability are unacceptable to our government as it would not only impact current consumers but would hinder other progressive actions to reduce emissions such as decarbonization and electrification," Smith said in a statement.

Keith Brooks, the programs director at Environmental Defence, said it's "truly disheartening" to see the progress Ontario made on reducing emissions by phasing out coal power being undone by an increasing reliance on gas.

"If Ontario is currently behind in building out the renewable energy and storage needed to replace gas, as the IESO’s report suggests, it’s because the current government cancelled hundreds of wind and solar projects, which cost taxpayers millions of dollars in penalties," Brooks said in a statement.

"Ontario needs to phase out gas as soon as possible, and the case for doing so needs to be assessed taking into account the full costs associated with continuing to rely upon an increasingly polluting grid."

Demand for electricity in the province can vary by up to 10,000 megawatts during the day, and gas generation can respond quickly to those changes, the report said. Without gas generation, those demand fluctuations could lead to rotating blackouts, said David Devereaux, senior manager resource and plan assessments.

"If we faced a prolonged period of high demand, so think of heat waves this past summer, there would be insufficient time to recharge the batteries before each day," he said.

"Now, in our reports, you're going to see terms like blackout, but don't picture a sudden lights-out event like 2003. The scenarios we see are really more of a slow burn."

The report also says there isn't enough capital, equipment and staff to build necessary replacement infrastructure by 2030, and it would mean relying on newer forms of supply such as storage and small modular reactors, which wouldn't be available by that time in Ontario at the scale needed.

"It's very much of a case of a plan that works on paper," Devereaux said of the IESO's modelling for replacing gas generation.

The modelling relied heavily on storage, which captures excess energy and reinjects it into the system when supply is low, but more than 6,000 megawatts would be needed, he said.

"This would likely be the largest fleet of storage in the world," Devereaux said.

"Now, we're very interested in storage, and we're absolutely convinced that it has an important role to play in our system. But we feel like we have a lot to learn before we can roll it out on this scale."

When Ontario phased out coal, it took 12 years, and relied on gas generation as replacement capacity. But gas is less easily replaced, the IESO said. Eliminating coal also added billions in additional costs to ratepayers and drove up hydro bills.

The IESO said there are potential pathways to phase out natural gas generation over a longer period of time, but it's not feasible to do it by 2030.