B.C. taking a long, hard look at its oil and gas royalty system 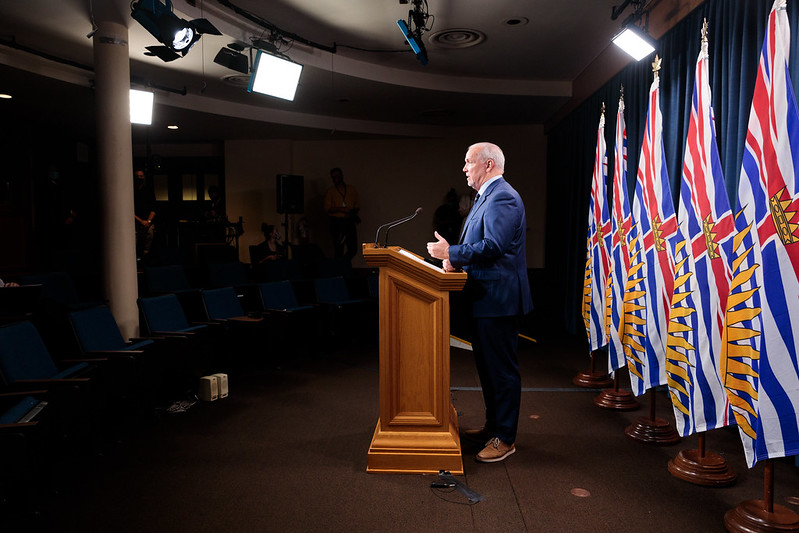 An independent assessment of British Columbia’s oil and gas royalty program confirms what many have been saying for years: It’s a “broken” system that is “not compatible with environmental goals.”

That was the conclusion of a provincially commissioned assessment written by two economists — Jennifer Winter from the University of Calgary, and Nancy Olewiler from Simon Fraser University — who found that the current system, which was set up in 1992, is outdated. This week, the provincial government announced it would begin reviewing oil and gas royalties, a leftover election promise from John Horgan’s NDP, and released the assessment as the first step of the process.

The province collects royalties from oil and gas companies working on Crown land, and royalty credits are fed back to those companies to cover costs associated with well drilling and building. Meaning, it’s a way for oil and gas companies to pay less in royalties to the province. The Narwhal reported in June that between 2016 and 2019, “Natural gas companies claimed between $163 million and $367 million more in royalty credits than B.C. budgeted in each of those years, with credits totalling more than $2 billion over that period.”

Canada-wide, the oil, gas, and transportation sectors accounted for the largest amount of greenhouse gases in 2019 — 52 per cent of total emissions. This year’s Intergovernmental Panel on Climate Change report found the world’s target of limiting global temperature rise to 1.5 C is slipping out of reach, and governments can't keep throwing money at new fossil fuel projects if we want to keep hold of it.

The assessment said the process is getting more expensive due to its unnecessary complexity, and points to a complete system overhaul as the only solution, since targeting specific aspects of the program could “result in unintended consequences.”

Right now, three agencies share administrative duties for the royalty system, which the authors said makes it tough for the administrators to keep track of the system, noting audits are becoming increasingly difficult. They singled out the Deep-Well Royalty Credit Program as particularly confusing. Created by former premier Gordon Campbell’s Liberal government, the program was designed to incentivize fracking, which at the time was a new technology, Sven Biggs, Stand.earth’s Canadian oil and gas program director, told Canada’s National Observer in June.

“The system is excessively complex, has large compliance costs for industry, and large administrative and auditing costs for government,” reads the assessment.

“It creates incentives that do not promote efficiency in the sector. It has contributed to a significant decline in the Crown’s share of the net economic value from petroleum and natural gas resources over the past 15 years and a transfer of value from the province to industry.”

In addition to oil and gas companies getting breaks through royalty credits, the province spent $1.3 billion on fossil fuel subsidies between 2020 and 2021, according to a yearly analysis released by Stand.earth in June — they have also doubled since Horgan took power. B.C. is the only province that spent more than Alberta; a report released by Environmental Defence found the Alberta government spent $2 billion between 2017 and 2018.

The highest ticket item in B.C. is the Deep-Well Royalty Credit Program.

Today it is a “tax loophole for fracking operators,” said the report. The royalty program alone cost B.C. $421 million this year and is set to increase 150 per cent by 2023-24, he said.

The Clean Infrastructure Royalty Program, which distributes money to oil and gas companies to complete projects that reduce methane leakage, comes second — it received $71 million between 2020 and 2021. Both of these schemes are on the chopping block during the royalty review, which is set to be released in February.

The new independent assessment is a stepping stone towards the review, but Biggs said some of the solutions in the assessment are concerning.

Namely, the proposition that B.C. adopt Alberta’s royalty system, which Biggs said grandfathers in existing oil wells for 10 years to make the transition easier for the sector.

“... The report’s recommendations seem to be focused more on cutting red tape for the industry than addressing the broader goals of the B.C. government, including securing a fair return for B.C.’s natural resources, meeting our climate goals, and reconciliation with Indigenous peoples,” he said.

“Most worrying is the report’s suggestion that the government consider leaving the current broken system in place for existing wells for years to come.”

Another red flag in the report for Alexandra Woodsworth, campaigns manager at Dogwood BC, is a portion where the authors say they aren't sure royalties are the place to address emissions at all.

“That's an out for government. I wouldn't want them to say, 'We don't want to use this particular lever to tackle climate emissions, we want to use other policy tools,'” she said.

There were calls during the 2020 provincial election to end fossil fuel subsidies, explained Woodsworth, and a royalty review is seen as a compromise, but she stresses it won’t capture the whole picture of the money given to oil and gas companies.

Some key initiatives, such as the Clean Infrastructure Royalty Program and the Deep-Well Royalty Credit Program, fall under the royalty review, but other public payouts — like the $53 million spent between 2020 and 2021 to support the construction of the LNG Canada plant in Kitimat — don’t. That’s why addressing those two programs is key, said Woodsworth.

Not only do environmentalists want an overhaul, so do British Columbians. An Insights West poll done for Dogwood and released this week found only seven per cent of respondents wanted the subsidies to increase.

Further, only 18 per cent of people knew that subsidies had been increasing,

For Delee Nikal, an Indigenous rights and MMIWG2S advocate, the government's continuing support for oil and gas shows a direct contradiction from their promises to take reconciliation seriously.

“Our wealth is based on our water, traditional foods and medicines, and cultural sites, and much of that has been stolen from us or destroyed in the name of industry and the colonial capitalist system,” said Nikal.

“Our people continue to be put at disproportionately higher risk of harm, directly at the hands of the oil and gas industry — from sexual violence by transient workers in man camps, to other health impacts from fracking and pipeline leaks. It is time to hold the colonial government accountable for the harms done and those they continue to perpetuate.”

to be giving billions in

Nice of them (NDP) to take a

Nice of them (NDP) to take a hard look at the royalty/subsidy hot mess. Better not make it too long because pressing matters like heat domes, oil spills, pipeline leaks are bearing down and will soon crush most so-called governments if they don't step lively to get ahead of the tsunami.