Are chinook summer stocks really to blame for starving orcas? 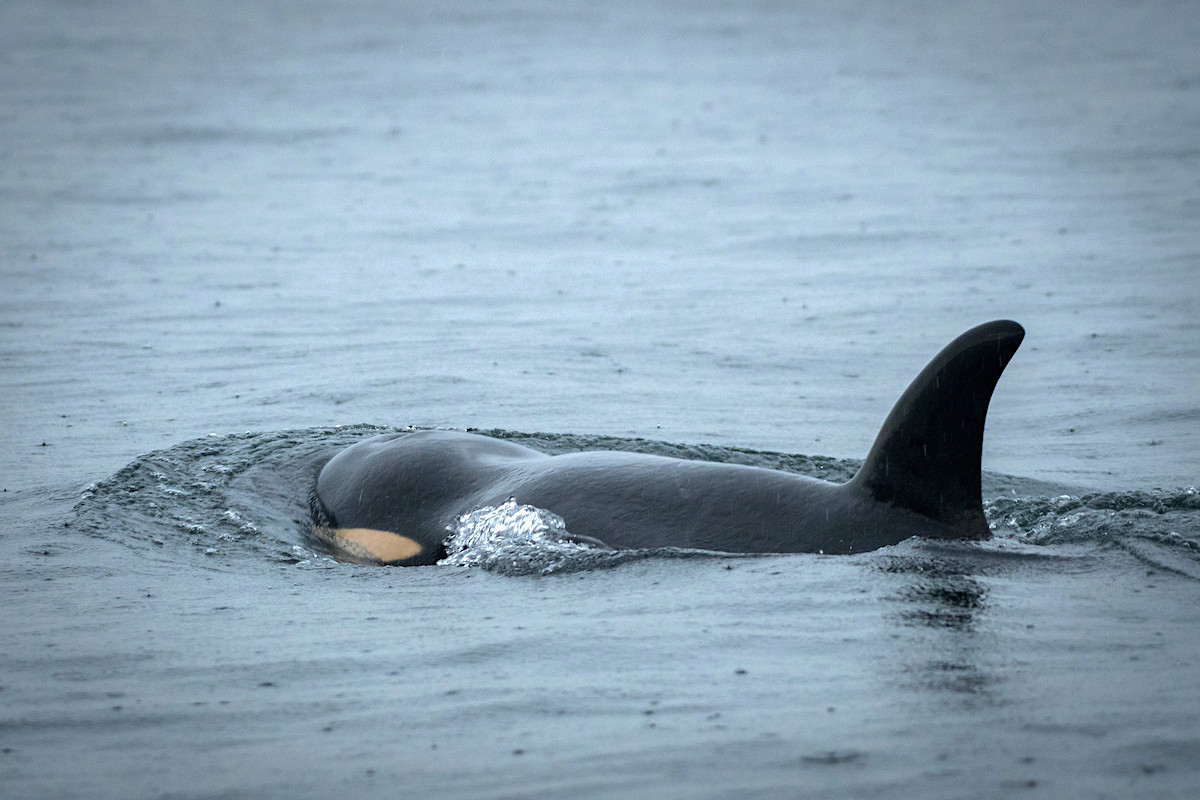 The widespread belief endangered killer whales are starving to death due to a lack of chinook salmon in southern B.C. waters in the summer may be incorrect, a new study suggests.

Chinook salmon stocks, the preferred prey of at-risk southern resident killer whales (SRKW), are in precipitous decline along the B.C. coast. The decline in salmon stocks coincides with research and drone footage showing some members of the threatened orcas are emaciated, displaying a “peanut-head” due to the loss of fat, or blubber.

As a result, plunging chinook stocks are commonly believed to be the cause for the poor body condition and low birthrate of the threatened orca population (only 73 remain) which rely on the salmon for 80 per cent of their diet.

However, despite that theory, little research has been done to evaluate the abundance of prey available to the whales as they arrive in B.C. waters, said lead author Mei Sato, who undertook the study while at the University of British Columbia.

Using ship-based echo sounders, or fish finders, researchers set out to measure and compare the size and availability of chinook salmon in the southern Salish Sea for the threatened resident whale population.

The sounders were also used to quantify how many chinook are up for grabs by northern resident killer whales, a larger and increasing population of about 300 orcas that feed on the fish farther north in the Johnstone Strait, said Sato.

Surprisingly, the density of chinook salmon for the endangered residents over two summers was up to six times greater than what was available to the northern resident orcas that aren’t showing the same signs of starvation, Sato said.

The results of the study don’t support the prevailing hypothesis that southern resident killer whales are experiencing a prey shortage in the Salish Sea during summer, she said, adding it’s more likely a combination of other factors are impacting the orcas’ foraging success.

There is a significant amount of vessel traffic and noise in the Strait of Juan de Fuca where the endangered killer whales intercept migrating chinook returning to the Salish Sea in the summer months.

“We are very surprised by the results because we never expected to find this,” said @UBCoceans researcher Mei Sato on a study that found the amount of chinook salmon in B.C. waters doesn't seem to be the reason for a decline in endangered orcas.

Boat traffic may be interfering with the killer whales’ ability to catch the chinook, Sato said.

“Just because they’re available doesn’t mean (the whales) can catch them, and protecting the salmon in general is so important,” she said.

“And there could still be a (prey) shortage issue, but it’s not likely in our backyard … perhaps somewhere else and maybe at a different time of year.”

Research efforts should be expanded to explore prey availability in other regional waters the whales frequent, said Sato, adding the southern residents are also known to travel south to California, and little is known about the availability of food for the whales in the winter or spring before they arrive in B.C. waters.

The study, funded by Fisheries and Oceans Canada, was conducted with the help of sport and commercial fishers and chartered boats to identify the best areas to survey and to employ the state-of-the-art fish finders.

Although the killer whales also hunt salmon using echolocation, the use of sound waves and echoes to locate an object, the orcas are capable of distinguishing between different fish species, Sato said.

The researchers captured sample fish to validate the signals from their sounders and distinguish between different types of fish, she said.

The study was the first to use acoustic surveys to estimate the relative abundance of salmon in the Salish Sea, said Stéphane Gauthier, a scientist with Fisheries and Oceans Canada.

The research highlights the value of assessing salmon distribution at sea using hydro-acoustics methods, and the method should be expanded, he said.

“We are very surprised by the results because we never expected to find this,” she said.

“It’s all probably more complex than we think, but it’s the complexity that keeps me excited.”

“It’s all probably more complex than we think ...." Now there's an understatement! I wonder at what time of year the "peanut" head has been observed. It's all pretty sad.