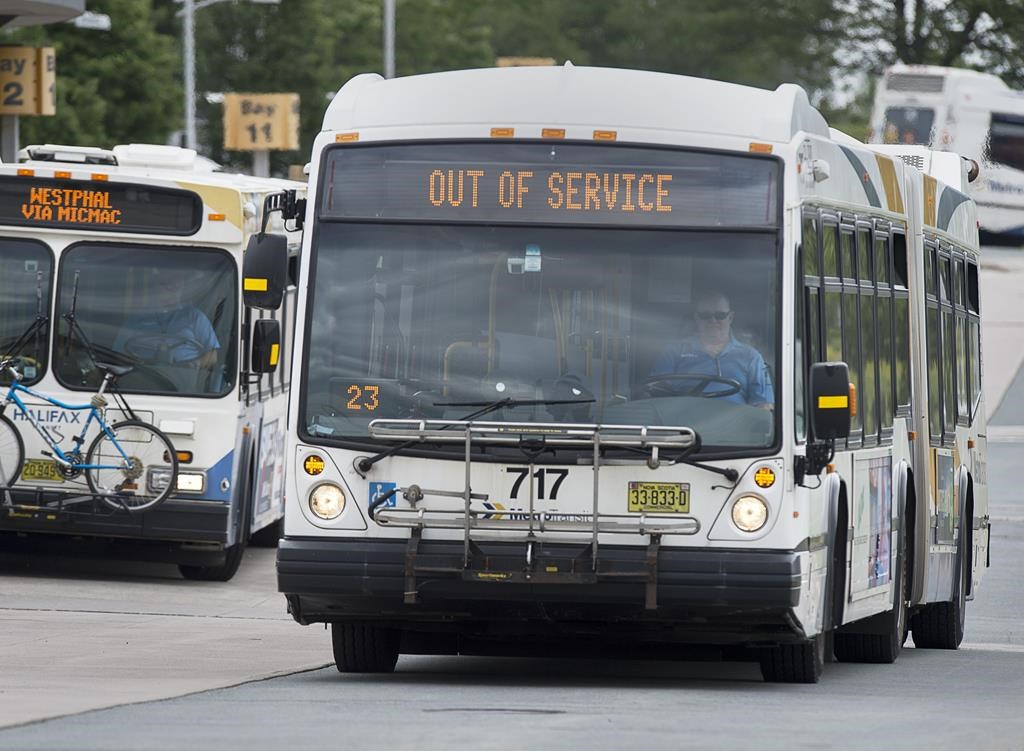 A Halifax Transit bus arrives at a terminal in Dartmouth, N.S. on Wednesday, July 17, 2019. File photo by The Canadian Press/Andrew Vaughan
Previous story
Next story

Canada's largest cities are asking the Trudeau government to help cover tens of millions in transit revenue shortfalls to prevent stalling of the country's economic recovery.

The COVID-19 pandemic has hit municipal coffers hard as cities have watched transit ridership drop along with fare revenue, not including the lost cash cities couldn't pull in from recreational programs and facilities because of public health restrictions.

At the same time, cities have seen expenses rise, leading to budget holes that mayors have repeatedly sought federal cash to fill, with what they feel has been limited success.

For now, the mayors of the country's biggest cities say they want to focus on getting help for transit costs to avoid cuts in service that would hurt essential workers who rely on the system, as well as patients who need medical help or anyone needing to go for a COVID-19 test.

Halifax Mayor Mike Savage said Wednesday the transit losses in his city amounted to between $2 million and $4 million per month. In the country's biggest city, Toronto, the transit system lost some $700 million in revenue last year.

"These losses continue, and while we're looking to do things like electrify our fleets and to update our routes, and make sure that we're having transit that people need, we can't do that while we're covering shortfalls from the farebox," said Savage, chair of the Federation of Canadian Municipalities' big city mayors' caucus.

"There are still a number of operating costs that municipalities need help with."

He said it could be three years at least before ridership and revenues rebound to pre-pandemic levels.

Absent any help, the mayors say their cities could also be hard-pressed to make updates to their systems that the federal Liberals have promised to help fund as part of a broader economic and environmental plan.

Not long after Savage spoke on Wednesday afternoon, the mayors met with Prime Minister Justin Trudeau, with some municipal leaders attending in person and others virtually.

The first confab for the city leaders since the election last month was also meant to lay out municipal priorities for the coming parliamentary session. The transit money ask was made on top of existing requests and promises from the Liberal government made on the campaign trail.

Among the promises Trudeau touted to voters was help to alleviate a housing affordability crunch as prices soared nationally during the pandemic.

The Liberal party promised to tweak programs aimed at first-time homebuyers, and what it dubbed a $4-billion "Housing Accelerator Fund" to help large cities speed up their housing plans, something that Savage said mayors were keenly interested in after seeing success with a rapid-housing fund.

The program helps cities quickly build new, or purchase existing properties that can be easily converted to affordable units.

"For the first time in my living memory, housing was an issue of every major party in the first week of the election campaign," Savage told reporters outside the meeting room in a downtown hotel.

"There's a lot of support across ... this minority Parliament to support housing, including homelessness. I think we will find a willing partner with the federal government. That's our hope."

Savage also said that mayors were similarly interested in seeing dollars put behind a federal pledge to end chronic homelessness, who are the among the hardest to house.

Canada's public transit on the rebound from COVID-19