Saskatchewan to fly some critical COVID-19 patients to Ontario 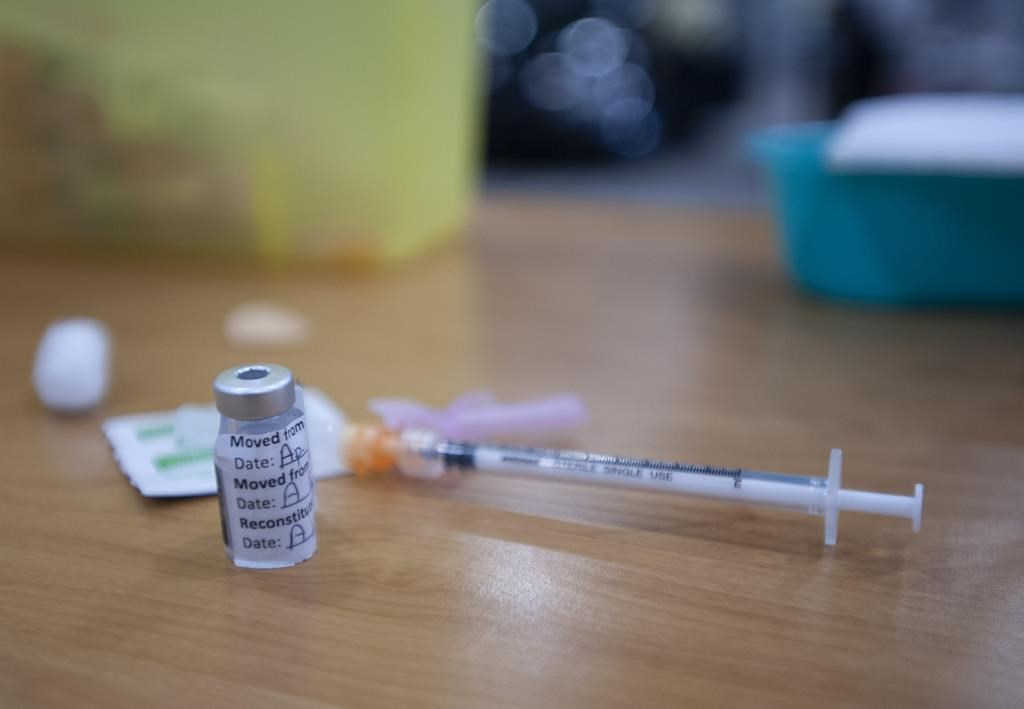 A dose of the Pfizer vaccine at a COVID-19 vaccination drive-thru clinic at Evraz Place in Regina on Thursday, April 15, 2021. File photo by The Canadian Press/Mark Taylor
Previous story
Next story

Saskatchewan is preparing to send some of its critical COVID-19 patients to Ontario as its hospitals are over capacity.

Transfers to Ontario could happen as early as this week, he said, but that depends on the admissions to Saskatchewan's intensive care units.

"We've been in discussion with Ontario to provide care to Saskatchewan residents in the event that we will not be able to care for them within our standard of care," Livingstone said.

A spokesperson for Ontario's Ministry of Health said the province has enough ICU space to take out-of-province patients. However, the Ontario government did not disclose how many Saskatchewan patients it can take in.

On Tuesday, Saskatchewan was two patients shy of having 116 people in its ICUs — the threshold that would trigger sending ICU patients out of province.

That number also means Saskatchewan's ICUs are nearing 150 per cent capacity, which is when the province has said it would activate its triage protocol.

Saskatchewan has stopped all elective surgeries, started cancelling urgent surgeries and admitted adults into its children's hospital. Additionally, more than 160 health-care workers have been redeployed.

"We are seeing unprecedented rates of hospitalizations and ICU admissions. This is pushing the system to a place where we are not providing care to non-COVID patients across this province as we should be," Livingstone said.

He added that a major medical event would result in doctors choosing who does and does not get an intensive care bed.

"We're making sure we're prepared for the worst," he said.

Marlo Pritchard, president of Saskatchewan's Public Safety Agency, who is also leading its emergency operations centre, said the province has not applied for federal help.

Last week, Premier Scott Moe said Saskatchewan is being "realistic," because the Armed Forces and Red Cross have finite resources.

Andrew MacKendrick, a spokesman for the federal health minister, said Ottawa is committed to helping.

"The COVID situation across the country varies, and so would the additional supports required," he said.

"Our officials will continue their conversations and stand ready to assist in co-ordinating as much support as can be provided to align with the support that the province or territory needs."

Earlier this month, the federal government sent eight critical care nurses to Alberta to help in its ICUs.

"This is (Premier) Scott Moe's personal, political emergency. The wheels are falling off the bus, and he's driving," Meili said.

"Get those extra bodies in our hospital right now."

As COVID rages in Sask. one unvaccinated MLA resigns from caucus