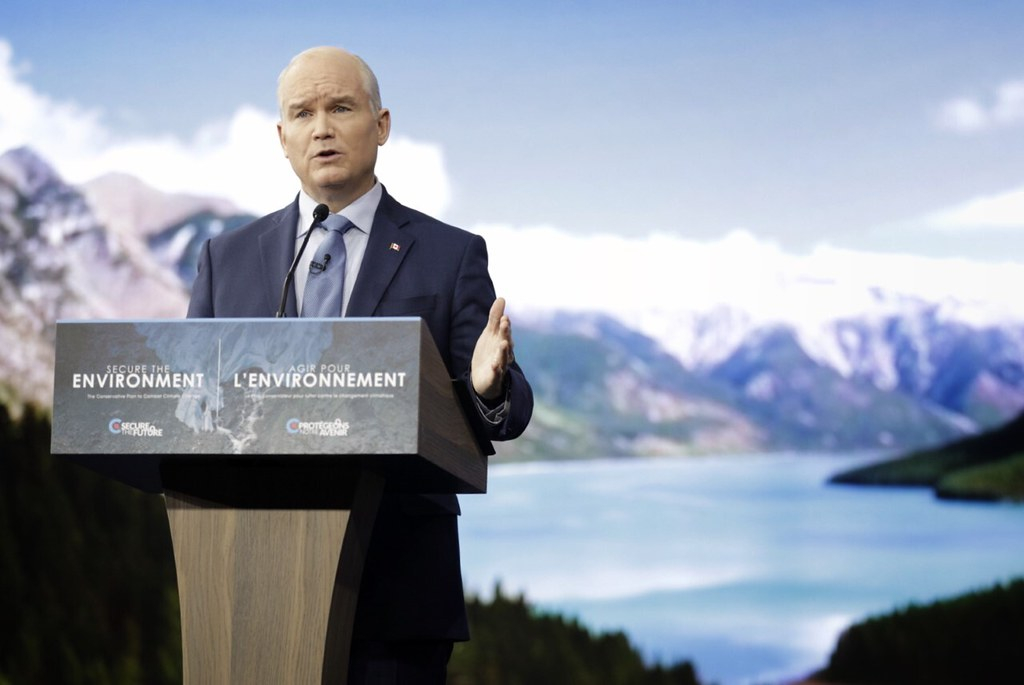 After losing the 2019 election because they refused to take climate change seriously, the CPC made a more serious attempt in 2021 with Erin O’Toole’s half-baked carbon savings program. Photo via Erin O'Toole / Flickr
Previous story

For a government desperate for any sort of political win, the news that Dow Chemical intends to spend $10 billion tripling the size of an existing Alberta petrochemical plant and turning it into the first net-zero emissions facility of its kind in the world was a gift the Kenney government wasn’t about to pass up.

The plant will use carbon capture technology to produce ethylene, a chemical used to make fabricated plastics and other materials, without any associated emissions. It’s the province’s biggest single investment in 15 years, and a boon for a government that has repeatedly promised Albertans it would create more jobs. There’s just one catch: according to Dow CEO Jim Fitterling, Jason Kenney has Justin Trudeau to thank for the company’s decision.

“In Canada right now, you have a $40-per-tonne price on carbon,” Fitterling said. “It’s going to go to more than $100 per tonne in the time frame that we’re talking about this investment.”

The federal carbon tax, which the Kenney government has opposed vociferously at every available turn, including at the Supreme Court of Canada, is a big reason why Fitterling’s company chose Canada rather than the United States for its landmark net-zero project. And it speaks to the emerging reality that in a low-carbon, cleantech economy, the much-maligned carbon tax is more of an economic advantage than an albatross.

By raising the price of carbon, the federal government is effectively tilting the economic table towards companies that can reduce their emissions, and making their operations more profitable than higher-emitting competitors. And because the NDP-era industrial carbon pricing policy — one the UCP left mostly intact — rewards lower-emitting facilities with emissions performance credits, projects like Dow’s start to look far more attractive.

Kenney, of course, made no mention of this in his effusive remarks, instead attributing the company’s decision to his government’s policies and his province’s carbon capture assets and infrastructure.

But he’s hardly alone in his refusal to acknowledge the reality of carbon pricing. Over in British Columbia, far-right BC Liberal leadership candidate Aaron Gunn has pledged to “scrap the carbon tax,” apparently not realizing this would simply activate the federal backstop and send the revenues to Ottawa instead of Victoria. In Ottawa, Pierre Poilievre is more than happy to blame Trudeau for high gasoline prices, apparently not realizing global oil prices are higher than they’ve been in six years.

On Twitter, some of Kenney’s high-profile former colleagues in the Harper government appear determined to continue fighting their losing battle. Rachel Curran, former director of policy for Stephen Harper, tweeted: “There is no evidence that consumer carbon taxes reduce emissions significantly.” In a very similarly worded tweet, former Harper deputy chief of staff Jenni Byrne wrote: “BC has had a carbon tax for over a decade & emissions have increased. Canada's emissions have risen since @JustinTrudeau became PM.”

This is a tired and thoroughly debunked talking point, of course. British Columbia’s emissions have dropped by five to 15 per cent versus a business-as-usual scenario. And Canada’s carbon tax was only introduced in 2018 at a level that wasn’t high enough to immediately deliver emissions reductions, especially as Alberta continued to ramp up its greenhouse gas-intensive oil production.

Now that the federal carbon tax is actively attracting investment to Canada, Conservatives may want to consider retiring their well-worn argument about it being a “job-killing” measure.

Opinion: One thing is increasingly clear: while trash-talking the federal #CarbonTax may still play well within the #Conservative family, it is increasingly toxic to the rest of the country, writes columnist @maxfawcett. #Cdnpoli

This refusal to let the federal carbon tax lie is more than just a waste of everyone’s time. For federal Conservatives, it’s political self-harm. After losing the 2019 election because they refused to take climate change seriously, they made a more serious attempt in 2021 with Erin O’Toole’s half-baked carbon savings program.

Now, in the wake of Trudeau’s third election win, Conservatives are openly debating whether that was a mistake — and if it may have cost them votes to the People’s Party of Canada, and maybe even the election itself.

But according to a recent exit poll done for Clean Prosperity, it almost certainly did them more good than harm. More than half of potential Conservative voters (52 per cent) told Leger they think the party should do more on climate, while only five per cent think it should do less.

And while 21 per cent of potential Conservative voters said O’Toole’s carbon pricing plan made them more likely to vote for their local CPC candidate, only eight per cent said it made them less likely.

“If there’s one takeaway from our poll,” Clean Prosperity executive director Michael Bernstein said, “it’s that rejecting carbon pricing would hurt the Conservative Party a lot more than it would help them.”

That advice may fall on a lot of deaf ears, given that opposition to carbon taxes has become an article of faith for many prominent Canadian Conservatives — including those within O’Toole’s own caucus who may want a shot at his job.

But one thing is increasingly clear: while trash-talking the federal carbon tax may still play well within the Conservative family, it is increasingly toxic to the rest of the country, especially the vote-rich urban areas that will only continue to grow in size and influence.

If Conservatives actually want to win an election any time soon, they should find a new hobby.

Hahaha, good article Max. "Article of faith" is a good descriptor of a political party that actually veers more toward a cult or a religion in its ideology, so gloms onto pet phrases like "job-killing carbon tax" mindlessly as a favored mantra. It's really not said enough just how unintelligent and unimaginative conservatives are. Such posers all these decades now (!!??) pretending that they have accepted ANY of the basic societal changes when their "base" still doesn't "believe" climate change is real, or that homosexuality is something other than a lifestyle choice, or that women are equal to men with rights to control their own bodies, or that science and the rule of law are our highest authority, not some imagined, man-made "god."

So true, the carbon tax is an

So true, the carbon tax is an acceptable tax to all countries and corporations that want to help curb carbon emissions to avoid catastrophic climate change.
The real problem here in Canada is our huge per capita use of gasoline, much of it needlessly in inappropriate vehicle use.
So let's keep our carbon tax but begin to increase over the next 5 years, a specific gasoline and diesel tax, which could be rebated for legitimate business use.