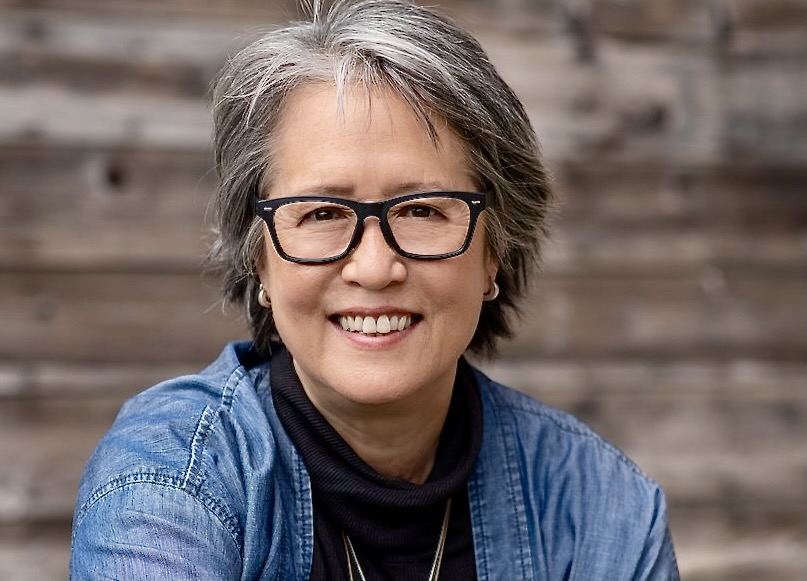 Author Ruth Ozeki is appearing this week at the Vancouver Writers Fest. Photo by Danielle Tait
Previous story
Next story

In her latest novel, The Book of Form and Emptiness, award-winning novelist Ruth Ozeki bears witness as a teenage boy and his mother, Benny and Annabel Oh, process their grief after Kenji — a kind, jazz-loving, pot-smoking clarinetist father and husband — suffers the ignoble death of being run over by a chicken truck in a grungy back alley.

Sly humour and pensive sadness are coupled with powerful imagery and a healthy infusion of Zen Buddhist philosophy as Ozeki explores form and emptiness, the interdependence and impermanence of all things along with the nebulous boundaries between madness and creativity, love and relationships, and the meaning humans extract from, or impose upon, objects.

Unbound by the death of his father, 13-year-old Benny begins to hear the voices of things around him.

He struggles to cope with the incessant noise and clamour of objects, particularly man-made ones, competing to be heard.

“Even the chopsticks had something they needed to say,” Benny says.

“It’s not like I wanted to be the spokesperson for the fucking toaster oven, even if it thinks I am.”

Benny begins to shirk both his mother and objects, while in contrast, Annabelle is ever more grasping at things, including her son.

Benny's mother begins to grow as she mourns, and so do the mounds of recycling and refuse that threaten to overwhelm the house and their lives. Objects become lifebuoys as Annabelle clutches at precious memories and a slipping sense of control.

"It’s not like I wanted to be the spokesperson for the fucking toaster oven, even if it thinks I am," says Benny, a teen who hears the voices of objects and is the protagonist of award-winning author Ruth Ozeki's new book.

But both mother and son find solace and support in books, which become vehicles for new friendships. One tome even becomes Benny's best friend and confidant — a full protagonist in the story, as well as the novel's omniscient narrator.

The Book of Form and Emptiness, published in September, has already made the New York Times Editors' Choice reading list. And Ozeki’s last novel, A Tale for the Time Being, won the Los Angeles Times Book Prize, was shortlisted for the Booker Prize, and has been published in more than 30 countries.

Both those novels centre around young people in crisis, who find their way out of their personal quagmire through relationships with reading, writing, and self-reflection, the author, filmmaker, and ordained Zen Buddhist priest said.

And both young characters reflect in some measure her own life, said Ozeki, who spoke with Canada’s National Observer about her new book, the healing power of literature, the positive and negative relationships we develop with objects, and the impacts our obsession with things and proclivity to consumerism has for the planet.

“Having these deep relationships with books … essentially saved their lives,” Ozeki said of her newest character Benny, and of Nao (the protagonist of A Tale for the Time Being), a suicidal teen in Tokyo who sets out to document her grandmother’s extraordinary life, and inadvertently her own, in her diary.

“This is ultimately an autobiographical theme in my life,” she said, adding like Benny, she was a troubled teen who spent time in a psych ward when she was 17.

“I was having terrible depression and anxiety problems. It was really only through reading and writing that I sort of found my way out of that,” she said. “Books gave me a way out of my own struggles and sort of showed me other ways of living, other ways of being in the world.”

The novelist version of Ozeki also makes appearances in both books, as a character named Ruth who lives on Cortes Island who is obsessed with Nao after discovering her diary, and as the nameless lady but ever-present secondary observer typing away at an adjacent desk in the library who watches over Benny from a distance.

“I wanted that wall between fiction and non-fiction to be permeable,” Ozeki said.

“I think it allows readers to have a different kind of engagement with the stories. You know, I put myself in them, and it almost encourages readers to do the same.”

Benny’s book is also a metafictional character conscious of its role in creating its own and Benny’s story. As do writers, and even readers themselves, the book notes. Each book is shaped by every individual reader, it adds.

“Pro captu lectoris habent sua fata libelli,” the book says. “According to the capabilities of the reader, books have their own destinies.”

In fact, a whole array of objects in Ozeki’s latest work are brought into being — shaped by their connections to the novel’s characters, forces of nature, or consumerism, capitalism, and even colonialism.

Ozeki grew up fascinated by the notion that objects have stories to tell based on their creation and experience.

“I’ve always been very aware of the relationship that we have with objects and the attitudes that we have towards them,” she said.

Ozeki’s Japanese mother had a variety of beautiful and exotic objects and her father, an anthropologist, studied and collected artifacts.

“I just kept thinking, these objects have stories inside them and I wish they could speak,” she said.

“I wanted to know where they came from, what their lives were like, what they were used for, and who owned them.

“It’s that relationship I had with objects that made me want to write a story about a boy who could hear objects speaking to him.”

However, in the work, Ozeki also explores the ruinous obsession humans have with continually creating, possessing, and junking things, and the damage it wreaks on the planet.

Influenced by her father, who grew up poor during the Depression and washed and reused plastic wrap, tinfoil, and elastics, the author inherited her parents’ disdain for an economy based on planned obsolescence.

“(My father thought) it was kind of a capitalist plot to steal money from us,” Ozeki said with a laugh.

“But it was also just a real sense that this was a wrong and dangerous way for the economy to grow.”

Climate change and its attendant natural disasters feature in the backdrop of the story, creating an additional and constant, if often unconscious, hum of anxiety for the book’s characters.

At one point, Benny’s book, in a moment of existential angst, goes on a self-professed rant about humanity’s constant need for new objects “relegating the Unmade to the status of mere resource, a lowly serf class to be colonized, exploited, and fashioned into something else, some thing that was more to your liking.”

Books’ trust in their makers is crumbling “as we watch you mine, instrumentalize and lay waste to our home, this Earth, this sacred planet.”

The “Made” objects Benny hears tend to be discordant and shrill — saturated with the experience of their makers and users. The “Unmade” things that occur in nature are quieter and communicate in lower registers. It takes some time for the teen to tune into natural objects through the noise of Made things.

Made things express themselves more easily “because the voices of their human makers still cling to them, like a smell that clings to your clothes and you can’t get rid of,” Benny says.

For example, even a running shoe is made from so many different products and processes, assembled in sweatshops, shipped, sold and advertised around the world, Ozeki said.

“It gets really crowded,” Ozeki said.

“I mean, it’s like there's this whole constellation of ghosts swimming around every single object in your life.”

Author Ruth Ozeki appeared as part of a digital panel at the Vancouver Writers Fest.

Fast fashion is cheap, but our environment is paying the price