NASA is preparing for the wrath of climate change 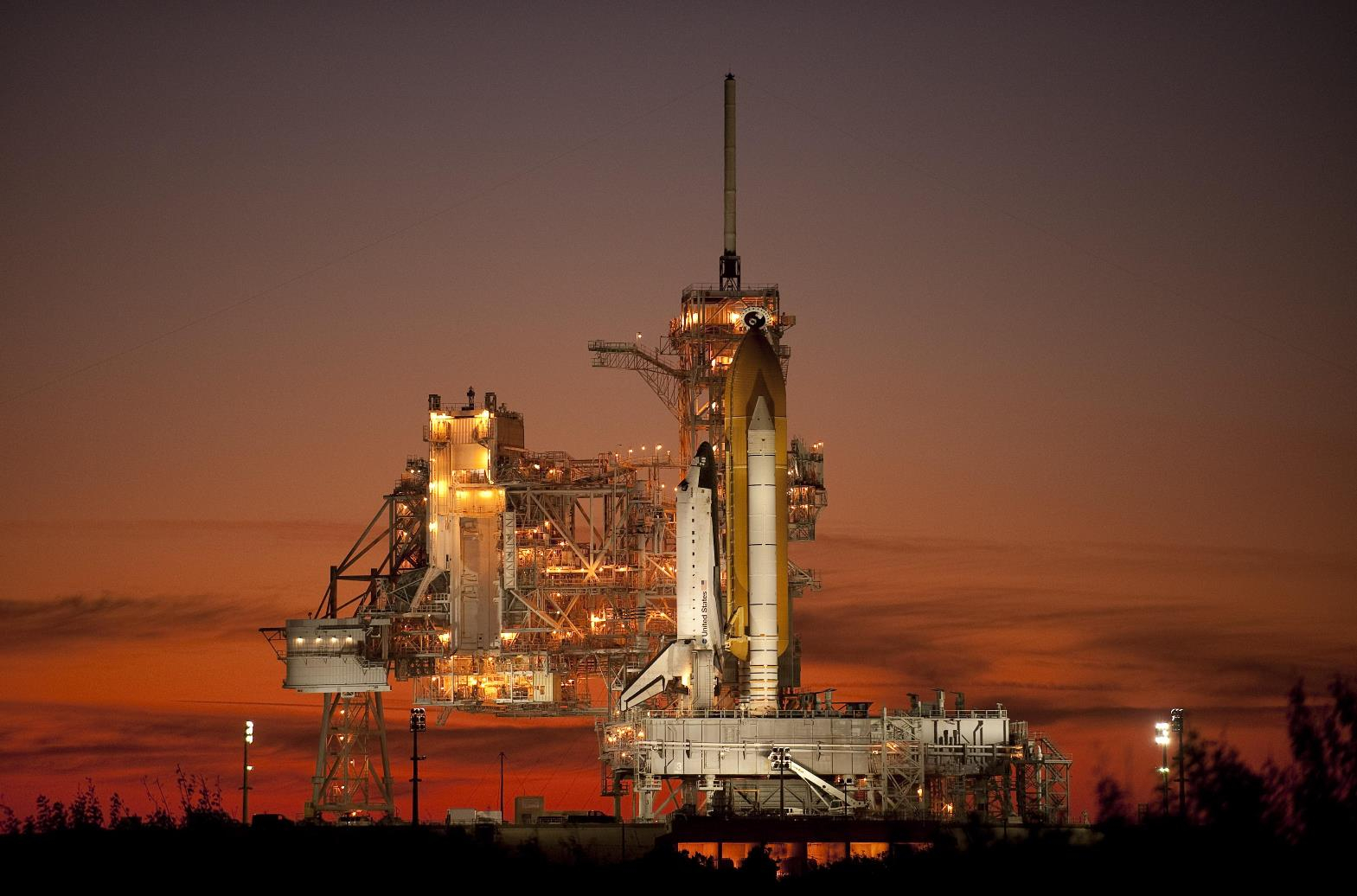 The space shuttle Atlantis is seen on Launch Pad 39a of the NASA Kennedy Space Center in Cape Canaveral, Fla., shortly after the rotating service structure was rolled back on Nov. 15, 2009. Photo by Bill Ingalls / NASA
Previous story

When hurricane Ida made landfall in August, it buffeted NASA’s Michoud Assembly Facility in New Orleans with rain and strong winds and shut down power in the area, forcing the site to run on generators. No one was injured, and no parts of the Space Launch System rockets, which are manufactured there and are planned for later moon missions, were affected. But more climate-intensified storms will surely come.

While NASA scientists are naturally focused on space, everything they do begins on Earth. As long as climate change continues, everyone has to prepare for worst-case scenarios. Following a directive from the Biden administration, last week NASA and other federal agencies released climate action plans. They’re mostly centred on adapting to a future in which some climate changes can’t be avoided.

“Our goal has been to drill down to all of the different threats that any individual location might be facing,” says NASA senior climate adviser Gavin Schmidt, who contributed to the report. “We’re one of the agencies that isn’t just a victim of climate change, but we’re at the forefront of understanding climate change and bringing science to the table to help us make better decisions.”

NASA and other parts of the U.S. government sought to develop climate plans during the Obama administration, and they’re now reviving those efforts. NASA officials initially made adaptation assessments in 2011, which were updated in 2015, and they’re now being updated again. The agency’s newly released report highlights five areas of focus, including planning for climate risks as new missions move forward, adapting infrastructure as much as possible, and ensuring access to space, which could be disrupted if, say, a flooded road delayed the delivery of rocket fuel to a launchpad.

With some two-thirds of NASA’s assets within 16 feet of sea level — including Kennedy Space Center in Florida and Johnson Space Center in Houston — hurricanes, flood risks, and rising seas are giving the agency much to worry about. “If we look globally and domestically, we have put very valuable assets, including runways and launchpads, in the coastal zone. I think NASA stepping forward with the precision of an engineering-oriented agency is very exciting to see,” says Katharine Mach, a climate scientist at the University of Miami, who’s unaffiliated with NASA and who served as a lead author of the United Nations’ Intergovernmental Panel on Climate Change’s latest assessment report.

NASA’s action plan describes the costs of recent extreme weather events, likely worsened by climate change, that come with big bills for repair. Michoud Assembly Facility alone racked up nearly US$400 million in costs following two hurricanes and a tornado. Recent hurricanes and flooding damaged other infrastructure, too, with multiple sites on the Gulf and East Coasts each suffering more than US$100 million worth of damage. In southern California, the 2009 Station Fire burned to within a metre of the perimeter of the Jet Propulsion Laboratory, which had to be closed. As an inland site, JPL could eventually have other climate problems to contend with as well, including droughts and heat waves.

While NASA would only move buildings or launch complexes as a very expensive last resort, the agency is working more on “structural hardening,” making buildings better able to withstand extreme weather or a loss of electricity, so that they can temporarily operate off the grid. “It can mean raising the elevation, adding pumping capacity, and putting up barriers. It can be about creating islands. It can be about creating autonomous infrastructure systems, like self-sufficient energy generation, as well as redundancies,” says Jesse Keenan, a social scientist at Tulane University with expertise on climate change adaptation and the built environment. (Keenan is unaffiliated with NASA’s report.)

NASA’s ongoing efforts also include building up off-coast dunes to act as buffers against incoming storms and stabilizing shorelines to protect against massive waves and storm surges that can accelerate erosion around coastal infrastructure.

According to the climate plan, any new infrastructure has to be sited above a 500-year floodplain, so those buildings won’t need such fortification for a long while. NASA also aims to develop redundancies, when possible, so that a critical mission doesn’t depend on a piece of equipment housed at a single vulnerable facility, for example.

Part of NASA’s plan involves working toward reducing carbon emissions, not just adapting to a world with more dangerous weather. Specifically, one piece of the plan focuses on “green aviation,” or making airplane flights more sustainable by designing more efficient engines, batteries, and fuels, such as a blend of biofuels with traditional (but highly polluting) jet fuel. NASA is also researching and investing in electrified aircraft propulsion systems that don’t need to rely on liquid fuel. “Some people forget that the first A in ‘NASA’ is ‘Aeronautics,’” Schmidt says.

The space agency knows it needs to adapt to climate-driven events that will increasingly threaten coastal launch sites and other key space infrastructure. #NASA #ClimateChange #ClimateCrisis

While such research is important, airplane flights aren’t the biggest part of the United States’ carbon budget. “Airline travel gets outsized attention in these conversations given its very modest (roughly 2 percent) contribution to total carbon emissions,” writes Michael Mann, a climate scientist at Penn State and author of The New Climate War, in an email to WIRED. He supports these efforts but recommends that the government focus more on cutting carbon emissions from energy production and ground transportation. “The most important action that NASA can continue to take is to educate our public and policymakers on the gravity of the climate crisis and the urgency of transitioning away from fossil fuels toward clean energy,” Mann writes.

Indeed, education is also a component of the plan. NASA’s past educational efforts have often been directed toward scientists and the general public. But now the agency will also have an audience of decision-makers as it rolls out a variety of trainings, so that NASA’s senior managers and others in the federal government can make better, climate-informed decisions about missions and budgets, Schmidt says.

Then on Thursday, Nelson headed to JPL to give more details about a proposal to develop what he called a “climate resilience design centre” during an Oct. 6 speech at a virtual event co-organized by NASA and the Federal Emergency Management Agency. This initiative would create a “mission control centre” that would provide engineering expertise to state, local, tribal, and territorial governments as they adapt infrastructure to a changing climate.

In all these initiatives, NASA will be relying on data from its fleet of Earth-observing satellites that track climate-driven storms, crumbling coastlines, dwindling water supplies, melting ice sheets, spreading wildfires, carbon emissions, and more. The agency’s many eyes in the sky not only scan the cosmos but look back at our own world, too.

“I think something inspiring about the NASA plan is that, in a way, traveling to space and remote sensing with satellites circling the planet are all about perspective on Earth. I think there’s something to be said about bringing these two together,” Mach says.