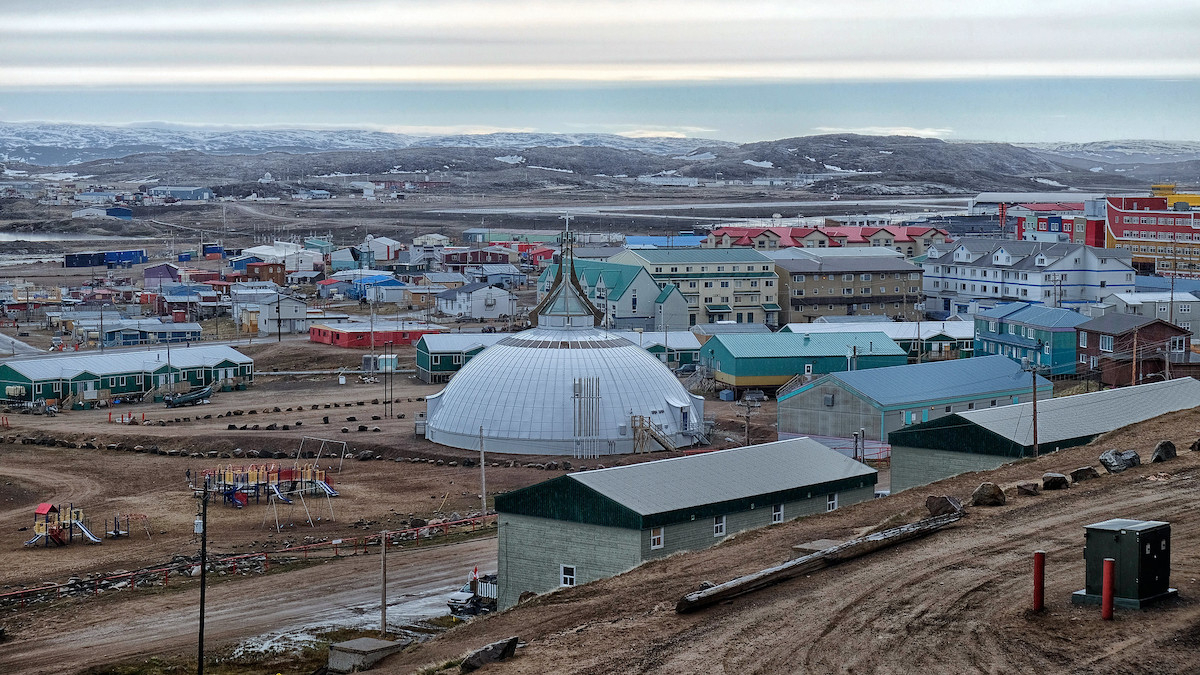 Residents of Iqaluit, the capital city of Nunavut, have been without clean drinking water since last week. Photo by Timothy Neesam / Flickr (CC BY-NC-ND 2.0)
Previous story
Next story

A week-long water crisis that has left residents of Nunavut's capital city Iqaluit without drinking water is also exposing a chronic problem for many northern communities: It's almost impossible to safely get rid of garbage.

Close to 750,000 plastic water bottles have flooded the city in recent days after city staff last week found fuel in Iqaluit's water supply. While a coalition of businesses has since teamed up to ship the empty bottles back, most of the city's trash never returns south.

Instead, everything from old cars to broken toys remains in the North, clogging up the Iqaluit dump and harming human health, food, and the environment. Nor is the city unique. Most northern communities can't afford to safely get rid of their waste — a problem observers say is the result of inadequate funding and the legacy of colonization.

“Most of the communities don't have the facilities to do proper plastic recycling,” said Susanna Fuller, vice-president of operations and projects for Oceans North, an environmental organization that earlier this year published a groundbreaking report examining waste in Arctic Canada. “All the empty planes and empty ships (making deliveries to the North) should be full coming back (south).”

That's only part of the problem. During the mid-20th century, the federal government forced Inuit and other Indigenous people across northern Canada to settle in permanent, southern-style communities. These towns grew quickly as governments invested in public infrastructure like airports or waterworks, and residents increasingly relied on foods and materials imported from southern Canada.

Alongside this growth came waste: Plastic packaging, car parts, and countless other types of detritus accumulated. Shipping them back to recycling and safe disposal facilities in southern Canada — the most environmentally sound option — was largely uneconomical for companies and too expensive for most municipal governments.

As a result, most communities in northern Canada send their trash to low-tech landfills, and many use open-air lagoons and settling ponds to dispose of municipal wastewater. Nor does any community in Arctic Canada have an incinerator, leaving some to rely on the environmentally and toxic harmful practice of open-air burning, notes the Oceans North report.

“Most landfills are a disaster,” Fuller said.

“Unlike most southern Canadians, we have faced chronic, large, and growing municipal infrastructure gaps for decades,” wrote Natan Obed, president of the Inuit Tapiriit Kanatami (ITK), an organization representing Inuit in Canada, in a forward to the report. “We currently have little to no direct decision-making involvement in the recycling, reduction, or diversion of the paper, cardboard, plastics, hazardous materials, and e-waste filling our landfills, threatening our freshwater supplies and locally harvested foods, and directly impacting our air quality.”

Open-air landfills and waste incineration generate dozens of harmful chemicals that can easily leach into the surrounding environment and animals or fish that live nearby, according to a June report by the International Pollutant Elimination Network, a global network of environmental organizations. A July report by ITK found that locally harvested wild foods like fish, berries, or wild meat supply between a quarter to a half of the protein needs of Inuit. Harvesting and hunting are also culturally important — close to 85 per cent of Inuit 15 or older hunt or trap — and they can offer a more affordable alternative to expensive imported foods.

A week-long water crisis that has left residents of Nunavut's capital city #Iqaluit without drinking water is also exposing a chronic problem for many northern communities: It's almost impossible to safely get rid of garbage.

The lack of waste infrastructure has also driven more immediate problems: For instance, in 2014, a massive fire burned for four months, forced schools to close, and cost the city $3 million to extinguish. It was followed by at least two other smaller fires. A new municipal landfill is in the works, but is several years behind schedule and is only expected to be completed in 2023.

Municipalities are trying to address the problem. For instance, Nunatsiavut's northernmost community Nain was one of the first Canadian communities to ban plastic bags. Inukjuak, in Nunavik, and Arviat, across Hudson's Bay in Nunavut, have created a program that helps young people learn how to repair and reuse equipment, Obed wrote.

But more substantial changes are needed.

“In the predominantly Indigenous communities in the Canadian Arctic ... waste must be addressed within the context of colonialism, health, food security, economic development, and diversification,” notes the Oceans North report. That means completely transforming how waste is managed — and produced — in northern communities, Fuller said.

Implementing extended producer responsibility (EPR), a system where companies are required to pay for the disposal of the waste their products produce, is essential to help municipalities afford adequate waste management. Waste reduction targets and federal and territorial/provincial investments in better waste management facilities will also help, the report notes.

The Canadian Council of Ministers of the Environment is currently working on a guidance document to help municipalities across the country — including northern communities — implement EPRs, a spokesperson for Environment and Climate Change Canada wrote in a statement. In 2017, the agency also published voluntary guidance to help northern communities manage waste. Additionally, the spokesperson noted the Arctic Council, an intergovernmental forum for Arctic countries, is working on a project about solid waste management in the Arctic.

Canada is an outlier among Arctic neighbours when it comes to managing trash in the Arctic. Greenland faces similar logistical challenges as northern Canada when it comes to disposing of its waste, yet about 99 per cent of glass and plastic bottles used in the country are returned to European recycling plants. Alaska has a state-wide task force with representatives from several agencies working to reduce waste in remote Indigenous communities. And in Sweden, close to all household waste is recycled, the Oceans North report notes.

Most important, however, is reducing the amount of waste northern communities generate in the first place. It's a goal that is best achieved by supporting more local food production, bolstering the reuse or repurposing of items, and thinking of other ways to cut back on waste. In the meantime, Fuller is hoping the shipments of Iqaluit's empty water bottles back to southern Canada will continue beyond the current crisis.

“It would be great if this water crisis in Iqaluit ends up solving something else. I'm hoping that examples of being able to collect and send back (waste) will get the wheels moving,” she said.

It occurs to me that leaching

It occurs to me that leaching through groundwater is in part a new problem. I mean, time was most of the ground was permafrost--so its groundwater wasn't going anywhere. Now it's all melty and so water can percolate around like anywhere else.

"A new municipal landfill is

"A new municipal landfill is in the works, but is several years behind schedule and is only expected to be completed in 2023."

A great story following up on this above quote; would be for someone at Canada's National Observer to ask the City Of Iqaluit where they are planning to put this new landfill. They are already making a road ON TOP OF A MOUNTAIN. Adjacent to the River where we currently get our ONLY fresh water from, the Sylvia Grinnell River. This mountain the plan to put the new landfill is North of the city of Iqaluit, where we get the strongest and most frequent winds. The ride up to the so called new landfill spot will be so bumpy that the majority of the garbage in the trucks it will be transported in will inevitably be bouncing out the back of these garbage trucks blowing right back into town. Filling the land and ditches with GARBAGE.

I would LOVE to see an article where the journalists question the Mayor of the City Of Iqaluit and council and ask WHY they decided to put this potentially horrific and damaging dump up past the "Plateau division" and past the "Upper Base" see how many people ACTUALLY attended the community consultation.