Rachael Cadman looks to the future for Nunatsiavut fisheries 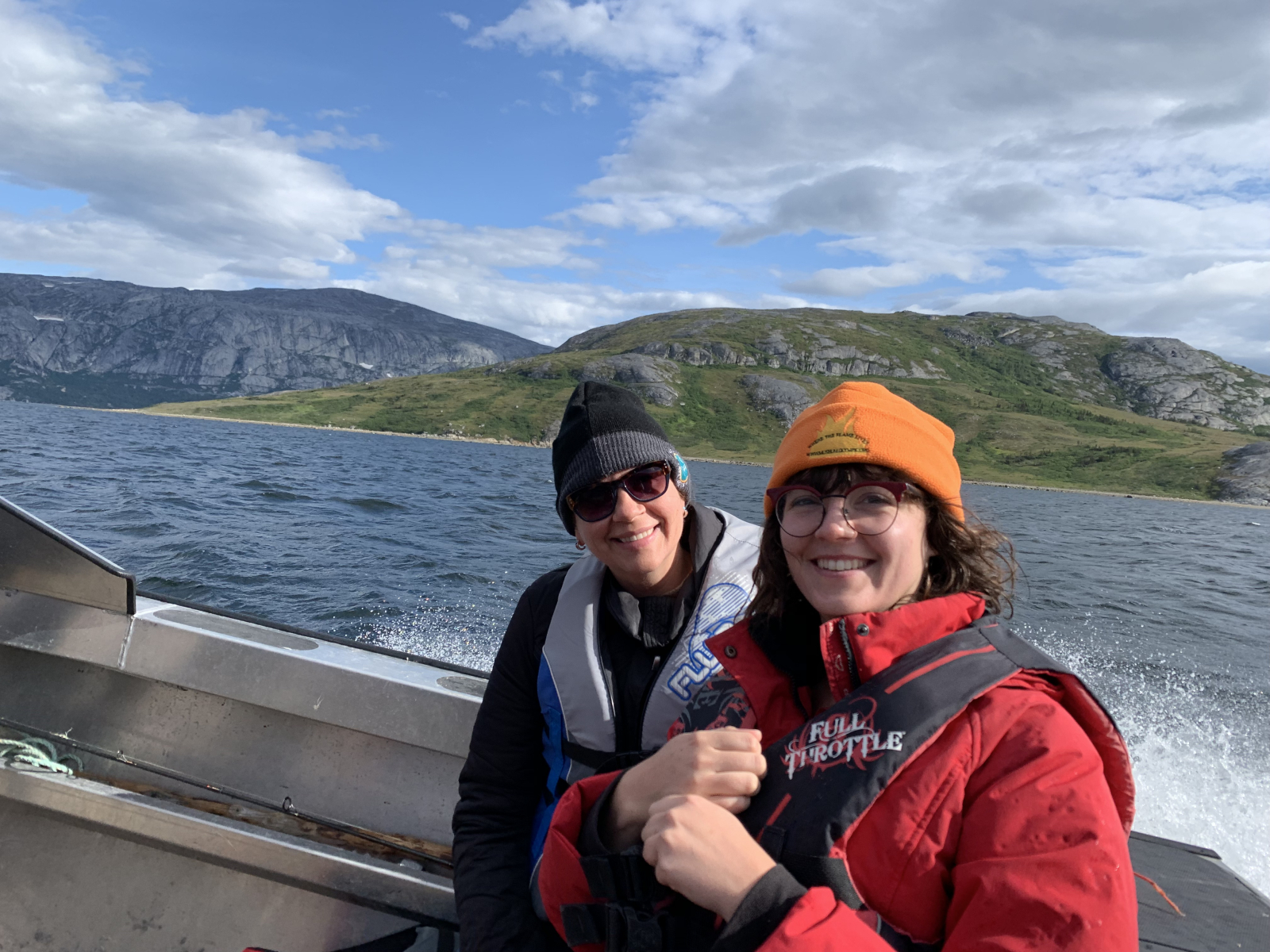 As part of a series highlighting the work of young people in addressing the climate crisis, writer Patricia Lane interviews student Rachael Cadman, who is helping chart a vision for the future of fisheries in Nunatsiavut.

Rachael Cadman’s PhD studies involve supporting the Torngat Wildlife, Plants, & Fisheries Secretariat and other partners to map out and help implement an Inuit community vision of the future of fisheries in Nunatsiavut, a self-governing Inuit region in northern Labrador.

Colonial fisheries management in Canada consistently fails Indigenous peoples because government policy is decided by outsiders. In an effort to change that, I interview fishers, community members, and decision-makers in stakeholder organizations who shed light on historical, cultural, and current uses of the various fishery resources. This helps guide the creation of holistic fisheries governance and decision-making that reflects the priorities of local Inuit communities and is resilient to environmental change.

What are some ways your research might be used?

Amplifying local, and especially Indigenous, voices and knowledge keepers is already leading to more responsive governance. Snow crab fishers recently collectively and voluntarily reduced their catch in light of multiple fishers reporting declining stocks. By comparison, decision-makers jeopardized the entire cod fishery by ignoring local intelligence and waiting for what they recognized as “scientific proof”; data collection and analysis done by western scientists in research teams producing academic and peer-reviewed papers. But this is a challenging environment for research of that kind. Distances are vast and it is often extremely cold. That kind of peer review takes time. It is an important part of creating a more just future for Indigenous people in the region that we respect their desire to prioritize their own deep knowledge and understanding of the ecosystems when resource use decisions are made.

Indigenous peoples also sometimes have different priorities when it comes to fisheries management. They seek to inform decision-making with their own values as well as with western concepts of knowledge. In Nunatsiavut, Arctic char is an essential and traditional part of the culture, diet, and life of many Inuit. Just the experience of being out on the water fishing for Arctic char is culturally significant. But it is not a profitable fishery. If decision-makers only cared about maximizing profits, it would not be considered viable. This has always been the case but is even more important now with radically declining caribou populations. There are other profitable fisheries in the region, such as northern shrimp, snow crab, and turbot, and these fisheries are managed so that their profits help subsidize the Arctic char fishery because Inuit managers prioritize that cultural importance.

How did you come into this work?

I did not do science as an undergraduate, so I think I was perhaps more open to other non-western based ways of knowing. My dad is an ornithologist, and weekends were spent outside in nature looking for and observing birds and other wildlife. It was important to me that my work contributed to enhancing the natural world. My parents gave me a strong sense of right and wrong and fairness, and it seemed to me that it was unfair and wrong to purport to manage a fishery without a total priority being given to the people who live in the area being fished.

I am working in a complex and politically charged space. I must both report on what I find and avoid speaking for anyone else. I am learning that transparency is essential. I am also learning that it is not helpful to cover up mistakes and that I must constantly be open to learning. That level of vulnerability provides for a rich experience, but it can also be painful.

Not much! My work is inspiring and empowering, and my world is full of new friendships and mentors.

If you incline towards research, do it in partnership with others. When your work is co-designed and executed with others, especially those directly affected, it is so much richer than anything you could accomplish on your own. It is also personally rewarding as you really grow and learn in a relationship with others who are interested in some of the same things as you, but also very different in their approach.

So many of my older colleagues have been so patient with me as I slowly and sometimes painfully absorbed what they were teaching. I am grateful. For others, I would say the most rewarding relationships are reciprocal. When you support a young person, allow them to teach you, too.