From degrees to drops: Putting water on COP26’s agenda

By Sonaar Luthra | Opinion | October 26th 2021
#26 of 99 articles from the Special Report: COP26: Uniting the World to Tackle Climate Change 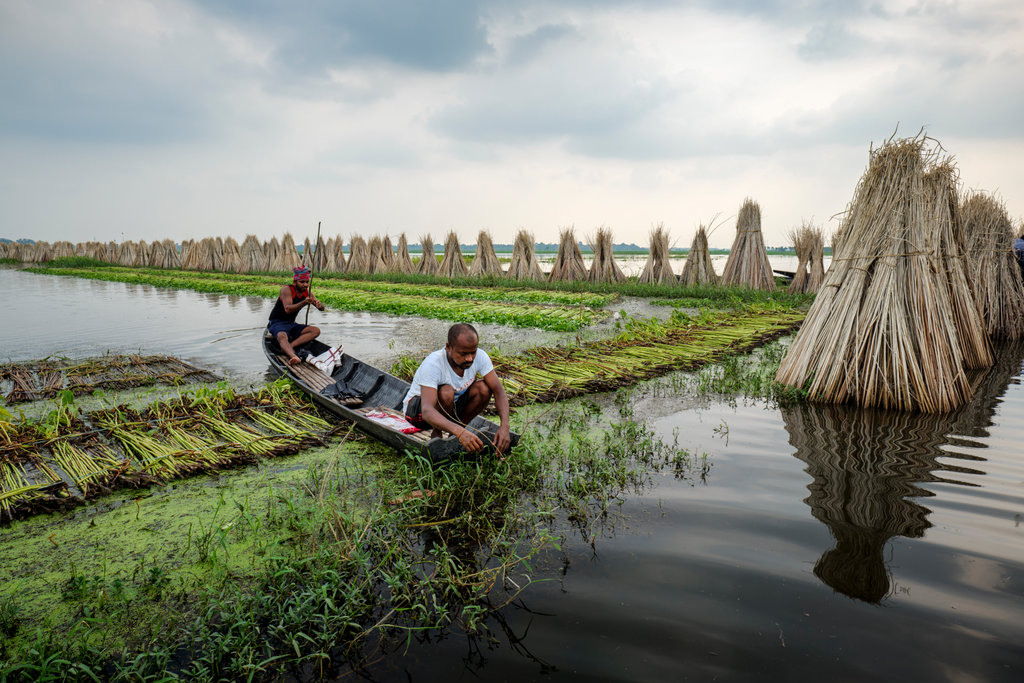 Water will be on every lunch and dinner menu at the upcoming international climate conference COP26 — but it won’t be on the agenda. That’s not for lack of effort at Copenhagen in 2009, Lima in 2010 or Paris in 2015, where a separate “Paris Pact” addressing water was not formally adopted.

Even events hosted by the UN, which formally recognized water as a human right in 2010, tacitly treat water as a commodity. Between droughts, floods, and fires, it should be clear this is not enough. Not only should we measure the changing surface temperature of our planet in degrees, we must count every drop.

No nation today knows how much water it has or what’s in it, and we don’t have good models for adjusting to new climate realities. The hotter it gets, the more water plants and crops consume. But the numbers we have about global water usage in agriculture are often mere estimates based on how much food is produced or how much land in a region is irrigated. That blinds us — not just to accelerating water extraction, but to how little water is leftover for nature.

Our current approach — lower emissions fast enough to limit global average surface temperature rise to 1.5 C, or at worst 2 C — does not yet account for the water resources we are losing, the impacts our actions have on our most precious resource, or how this feeds back into rising temperatures. So, while we wage a war on carbon, we continue destroying natural systems necessary for our survival.

The dominant climate agenda today focuses on addressing climate change’s causes rather than its consequences. We are investing billions in an energy transition to stop greenhouse gas emissions instead of resettling coastal communities coping with rising sea levels when we should be doing both.

In the 1970s, before the consequences of climate change were unavoidable, changing polluting industries was a sensible approach. It still is, yet today, as we watch an accelerating ecological collapse, it is clear the mission must expand and accelerate if we are to survive.

The challenge with a goal that is essentially a speed limit for an energy transition is it shrinks the pool of those we hold accountable for climate change and what behaviours need to change. Implicitly categorizing water as a commodity suggests life is possible without it. Both of these approaches benefit polluting corporations rather than the public interest and leave us with climate objectives that are vulnerable to corruption, finger-pointing, and fraud. Yet if we view the climate crisis through the lens of water, we include all industries and broaden the responsibility for behavioural change, while undermining the incentive to simply sell off toxic assets.

Water is critical to humanity’s future, so we must broaden our narratives and determine who writes the next chapter. Yes, 1.5 C is a great goal — it’s just not enough to frame what the planet needs from us.

Our success depends on people demanding action from government. People are better at making their governments solve problems they can perceive. Global average surface temperature is an abstract issue to rally behind. It is certainly a specific, measurable goal, but like a frog in a pot that has begun to simmer, it is not something we immediately or locally perceive. This narrative distances us from understanding the issue and who must act to change these outcomes. On the other hand, there is no ambiguity about whether a well has run dry, whether a river has ceased to flow year-round, whether rising seawater has infiltrated a coastal freshwater aquifer, whether there are no clouds in the sky, whether a glacier has vanished, whether our forests are drying out or whether a city has flooded. We can debate whether a glass of water is half empty or half full, but no one debates whether a glass is empty or full.

Water is central to the story of how our planet is changing. The water cycle — which is our planet’s dominant mechanism for regulating heat — is also where the effects of rising global temperature are manifesting. Water vapour is, itself, the most abundant greenhouse gas, but the composition of our atmosphere determines the upward limit to how much can accumulate before it rains — a limit that fossil fuel emissions are destroying. This feedback loop is transferring water from lakes and rivers into our atmosphere, producing a volatile drought-flood cycle that threatens our largest carbon sinks. Consequently, Canada’s drying forests and the Amazon have become net emitters of carbon. Counting every drop is the best way to save them.

Opinion: The better people understand their relationship to water is at stake, the easier it is to engage them to join this fight, @sonaar says. #COP26 #WaterCrisis #ClimateCrisis

Water offers a tangible way to both understand climate change and build broader frameworks for action and accountability. The better people understand their relationship to water is at stake, the easier it is to engage them to join this fight. We could be counting what we’re using, counting what we’re losing, putting treaties in place to prevent future conflicts — even building a weather service for water. All of this is needed and necessary to reach our 1.5 C goal, but it has to start with making sure water counts in our climate conversation.

Due to the pandemic, COP26 will have fewer delegates, fewer journalists, fewer activists, less testimony, and many nations — rich and poor — will not be attending. These aren’t ideal circumstances to ratify a globally binding successor to the Paris Agreement. But there has never been a better time to make water central to the agenda.

Sonaar Luthra is a world-renowned water consultant and a senior TED fellow. As the CEO/founder of Water Canary, he forecasts water and climate risks, drawing on a deep understanding of how essential models, institutions, and markets are struggling to adapt to rapid transformations in our planet’s water cycle.