Disinformation poses a threat to democracy and the global economy: Trudeau 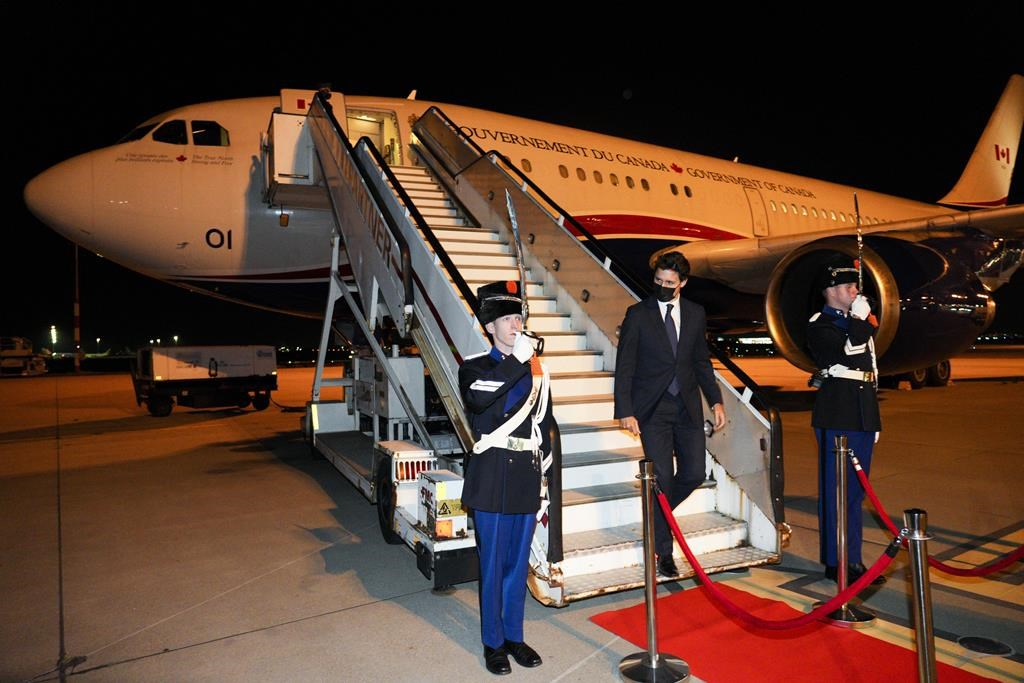 Disinformation campaigns and extremism are a serious threat to global economies and democracy, Prime Minister Justin Trudeau said in a speech to Dutch parliamentarians in The Hague Friday.

Trudeau is in the Netherlands for an official visit, opening his day giving a speech to and taking questions from members of the House of Representatives and Senate in the historic Ridderzaal.

Paying homage to the friendship between Canada and the Netherlands that rose out of the Second World War, Trudeau said the very values and security Allied forces fought to defend are in peril.

"It’s not just conspiracy theorists and marginalized, angry people online," he said. "It’s state actors, too, using disinformation, propaganda, and cyberwarfare to harm our economies, our democracies, and undermine people’s faith in the principles that hold us together."

Trudeau did not name any particular state actor, but more than one question from Dutch parliamentarians centred on the rising influence of China, a fact Trudeau said "poses tremendous challenges around the world to democracies and our trading systems."

And yet, Trudeau said China is too big a player to withdraw engagement entirely.

"We cannot pretend that China isn't there, just cross our arms and ignore it," he said. "It is too important a player in our economies right now."

Trudeau added that countries like Canada and the Netherlands have to engage China constructively on trade, on climate change, while challenging it on human rights, the situation in Hong Kong, the Uyghurs, Taiwan and the South China Sea.

The prime minister was also challenged by a member of the Dutch Green party for setting targets to curb greenhouse emissions that aren't as stringent as what is being promised in Europe.

Trudeau said there has been a lot of focus on setting targets and not enough on actually implementing policies to meet them.

Later today he will hold a bilateral meeting with Dutch Prime Minister Mark Rutte and visit the Canadian War Cemetery with Princess Margriet of the Netherlands.

This weekend Trudeau will be in Italy for the G20 leaders' summit and then he will fly to Scotland for the first two days of the United Nations COP26 climate negotiations before he returns to Canada.

This report by The Canadian Press was first published Oct. 29, 2021.