What's the impact on the climate from U.S. oil and gas sales? America takes a look 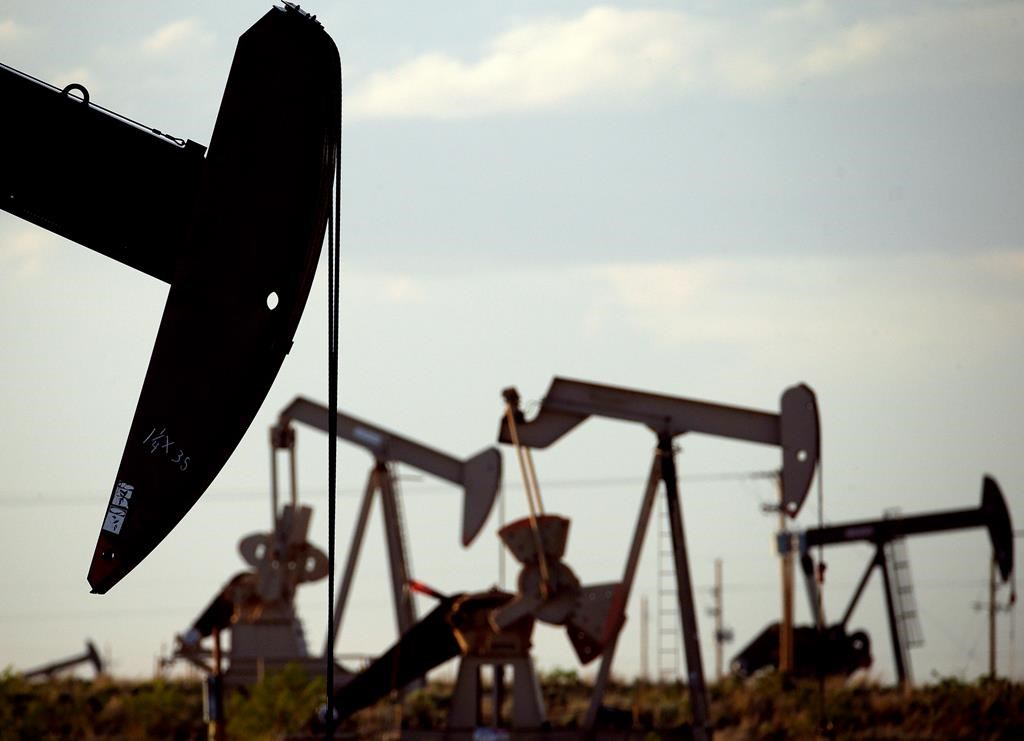 Pumpjacks work in a field near Lovington, N.M., on April 24, 2015. File photo by The Associated Press/Charlie Riedel
Previous story
Next story

U.S. government regulators for the first time will analyze greenhouse gas emissions from oil and gas drilling on federal lands on a national scale, as the Biden administration steps up efforts to address climate change, the Interior Department said Friday.

The announcement comes as officials are set to hold lease sales in numerous Western states next year amid a fierce debate over federal fossil fuel reserves.

President Joe Biden campaigned on promises to end new drilling on public lands to help combat climate change. But his attempt to suspend new leases — while oil and gas sales underwent a sweeping review — was blocked by a federal judge in Louisiana.

Including greenhouse gas emissions in lease reviews lets the administration highlight what scientists say are the increasing “social costs” of climate change — from rising sea levels and wildfires to public health problems.

Democrats and many environmentalists want to factor those costs upfront into lease sales. They argue that failing to do so amounts to an industry subsidy.

But the change comes as rising energy prices expose the administration to sharp attacks from Republicans.

Emissions have been declining in the U.S. as power plants switch from burning coal to natural gas. Placing more obstacles to development will hurt both the petroleum industry and U.S. economy, Republicans say.

Environmental assessments that include a greenhouse gas analysis will be released in coming days for lease sales planned early next year in Colorado, Montana, North and South Dakota, Nevada, New Mexico, Utah, Wyoming and other states, administration officials said.

#US to gauge climate damage from federal #oil and #gas sales. #USPoli #ClimateAction

“We will continue to exercise the authority and discretion provided under law to conduct leasing in a manner that fulfills the Interior Department’s legal responsibilities,” Stone-Manning said in a statement.

The ranking GOP member of the U.S. Senate Energy and Natural Resources Committee, Wyoming's John Barrasso, said in response to Stone-Manning's announcement that the added scrutiny of leases would “hamstring American energy.”

Some parcels that had been nominated by companies for sale were deferred and won’t be offered, officials said, citing concerns including potential impacts to struggling populations of a bird, the greater sage grouse. They did not immediately respond to requests for specifics on the size and location of those parcels.

Federal agencies have previously conducted reviews of potential greenhouse gas impacts from individual lease sales across the U.S. West following court orders. Officials in many cases concluded the emissions were miniscule on a global scale.

But environmentalists have long maintained those reviews were too narrow and ignored the cumulative impact of huge tracts of public lands in multiple states and offshore in the Gulf of Mexico being leased for oil, gas and coal extraction.

The Interior Department in August determined it was not going to do further climate impact studies on a Gulf of Mexico sale that is scheduled next month, covering roughly 136,000 square miles (352,000 square kilometers) offshore.

Andrew Black with the National Wildlife Federation said including the full costs of energy development was crucial to understanding its impacts.

“You're looking at this not just as an environmental issue, but what the climate effects are on communities that are encountering devastating droughts, fires, flooding,” said Black, who worked for Stone-Manning at the federation before she joined the administration.

The oil and gas industry will keep pushing for lease sales to be held this year, said Kathleen Sgamma with the Western Energy Alliance, an industry group. A second lawsuit against the Biden administration is pending before a federal judge in Wyoming,

“It will be litigated how they use the social cost of carbon,” Sgamma said. “That's going to affect regulation all throughout the government, not just in this case.”