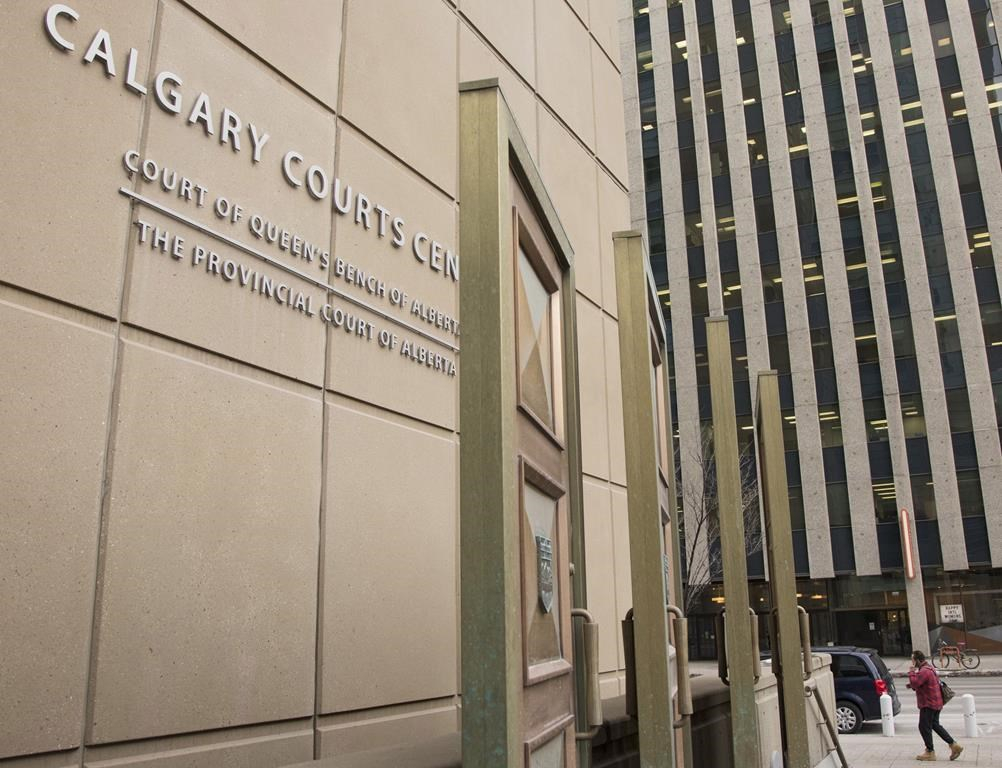 The Calgary Courts Centre is pictured in Calgary, Alta., on Monday, March 11, 2019. File photo by The Canadian Press/Jeff McIntosh
Previous story
Next story

A man who removed his mask and deliberately coughed on a server at a Calgary bar last year has been convicted of assault.

In a decision released last week, provincial court Judge Heather Lamoureux wrote that “emitting a force consisting of lung-air molecules” can qualify as the use of force under the Criminal Code.

"The cough was not a reflexive action, but rather an intentional physical act," Lamoureux wrote.

The man, identified in the decision as 35-year-old Kyle Pruden, was also found guilty of assaulting a bar patron.

The court document says the altercations happened in November 2020 at the Black Swan Pub in Calgary.

Pruden was in the pub playing on a video lottery terminal when he went to the bar to cash out his $160 winnings, the court document says.

Cayla Cossette, the employee, told Pruden that she was unable to pay out the winnings because the bar owner hadn’t replenished the cash float.

The judge’s ruling says that Cossette testified that Pruden then took off his mask and started coughing at her and uttered “is this because of COVID?”

She testified that she was behind the bar when Pruden coughed on her, which was less than two metres away.

A 60-year-old frequent patron of the bar then gave Pruden $60 and he left the pub.

The court document says he then went to Boston Pizza to have beer and pizza before returning to the pub to recover the rest of his winnings, about $100.

At that point, it says, Pruden thought the bar patron was an employee and demanded the rest of his money.

The bar patron told him he had no more money to pay him and Pruden hit the man, bruising him.

In her decision, Lamoureux noted that there were three other cases where people were convicted after coughing on others during the COVID-19 pandemic.

“It is important to note that the court in each of these cases was not presented with any arguments on the issue of force or intention,” she wrote. “In each instance, guilty pleas were accepted by the court.”

She also wrote that neither the Crown nor defence were able to find any reported trial decisions on whether such an act qualified as a crime.

Lamoureux relied on scientific consensus from the World Health Organization that COVID-19 is spread through respiratory droplets, which a person carrying the virus would expel when coughing.

“Air pressure is a force at the molecular level in the same manner as physical force visible to the naked eye. This is basic science, uncontroverted, and not requiring any expert opinion,” her decision says.

"Accordingly, when Mr. Pruden engaged in an intentional act of coughing, he was emitting a force consisting of lung air molecules into the atmosphere.

“This is an act of force within the definition of force in … the Criminal Code of Canada.”

-- By Daniela Germano in Edmonton

Woman in Newfoundland arrested for refusing to self-isolate