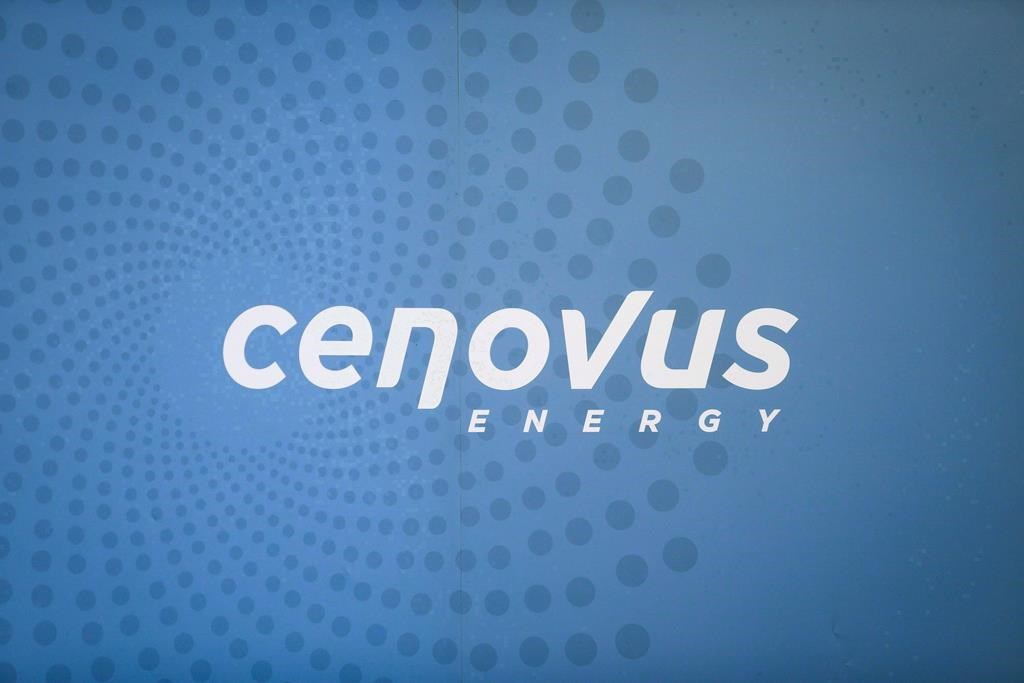 The Cenovus logo seen at the company's headquarters in Calgary, on Wednesday, Nov. 15, 2017. File photo by The Canadian Press/Jeff McIntosh
Previous story
Next story

The chief executive of one of Canada's major oilsands producers said he's not opposed to a federal cap on greenhouse gas emissions from the oil and gas sector, as long as the government realizes that large-scale emissions reductions will take years to achieve.

“It’s kind of like the equivalent of the Marshall Plan after World War Two," Pourbaix said. "This is something that can be done, but there are limitations on how quickly it can be done, and it very much has implications on Canadians’ quality of life with the cost of doing these things."

Pourbaix's comments came the same day Cenovus reported third-quarter profits of $551 million in the third quarter, or 27 cents per share compared with a loss of $194 million or 16 cents per share a year ago.

Against a backdrop of oil prices that have rebounded to multi-year highs from last year's lows, Cenovus' revenue totalled $12.7 billion, up from nearly $3.7 in the same quarter last year.

"We are really, really pleased and happy with the results," Pourbaix said, adding the quarter's strong results also speak to the success of the company's merger with Husky Energy Inc. at the start of this year. "At the time we put the two companies together, we obviously had high expectations, but the results so far have been really gratifying."

Cenovus' latest earnings report was released just days after Prime Minister Justin Trudeau — who is attending COP26, the UN climate conference in Scotland — formally committed to a federal cap on greenhouse gas emissions produced by Canada's oil and gas industry. Such a cap had been promised in the Liberals' recent election platform, with plans to force emissions down until they hit net zero in 2050.

Pourbaix pointed out that Cenovus and four other major oilsands companies have already committed to the same goal, through a formal alliance announced earlier this year called the Oil Sands Pathways to Net Zero.

“So the concept of a cap is not really problematic," he said. "The bigger issue is what is the cap, and if there are interim targets, what are they and when are they achievable by."

There are immediate technological solutions that can be implemented at oilsands sites to reduce emissions to some degree, Pourbaix said, adding the industry is getting better at producing a lower-intensity barrel of oil. But he said even carbon capture and storage projects — which, from an industry perspective, are relatively easy to implement because the technology is already there — take several years to get off the ground.

#Emissions cap on oil and gas sector must consider what is 'achievable': #Cenovus CEO.

"It's very important that any limitations or caps they (the government) want to put on emissions have to coincide with the industry’s availability to implement solutions," Pourbaix said. "Because whether it’s CCUS (carbon capture) or whether it’s small modular nuclear reactors, they’re going to take a significant amount of time to implement."

The province of Alberta already has a provincially legislated 100 megatonne cap specifically on oilsands emissions, implemented in 2015 under former NDP premier Rachel Notley. That cap has not been exceeded, with the oilsands emitting about 70 MT of greenhouse gas emissions on average annually, according to Alberta government statistics.

However, emissions from Canada's oil and gas sector as a whole have nearly doubled in the last 30 years, to 190 MT in 2010 — an increase that is largely attributable to dramatic expansion of the oilsands during that period.

Pourbaix said he believes it is possible to continue growing Canadian oilsands production and lower emissions at the same time, but it will mean fewer major projects in years to come.

"Certainly from our perspective it’s going to look like a lot more debottlenecking opportunities and brownfield development type of opportunities at our existing facilities, rather than any big giant greenfield phase expansions of production," he said.

“We cannot go from climate laggard to even the middle of the pack without curtailing oil and gas production, starting now," Marshall said.

But Pourbaix said while the industry is committed to "meaningfully" reducing emissions over the next 30 years, when it comes to getting off fossil fuels entirely, he thinks many people overestimate the speed at which it can be done.

“I think generally the average Canadian does not appreciate the technological and cost challenges of a wholesale transition from one to the other,” he said.

In the third quarter, Cenovus' total upstream production rose to 804,800 barrels of oil equivalent per day compared with 471,799 a year ago, an increase of 70.6 per cent. Both Cenovus' Foster Creek and Christina Lake oilsands projects achieved record single-day and quarterly average production.

Cenovus finished the third quarter with net debt of about $11 billion, a reduction of $1.4 billion since the end of the second quarter. The company also announced it will double its quarterly dividend to shareholders, from 3.5 cents per share, up from 1.75 cents per share.

This report by The Canadian Press was first published Nov. 3, 2021.

Companies in this story: (TSX:CVE)

By Bob Weber | News, Energy, Politics | November 2nd 2021
Reports from the Race to a Safer World