Focus should be on men to combat gender-based violence: new minister 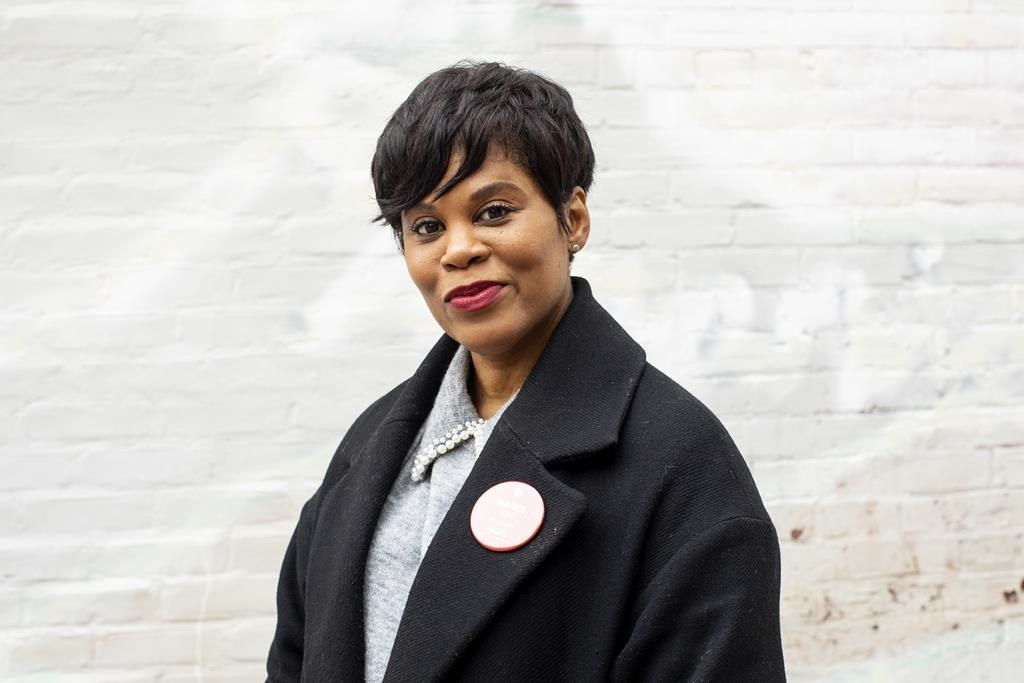 Marci Ien, the Liberal Candidate for the Toronto Centre riding, is pictured as she canvases on Thursday, October 22, 2020, ahead of Monday's by-election. File photo by The Canadian Press/Chris Young
Previous story
Next story

Freshly appointed Women and Gender Equality Minister Marci Ien says as part of her effort to combat gender-based violence she intends to place a lens on men to understand why it happens in the first place.

She said the issue is among her priorities for the department because it is "clearly unacceptable," and she wants to not only support women but focus on men to figure out the root causes of the problem.

"There is another part of this equation, and that is why does the violence happen," she said in an interview with The Canadian Press. "If we're going to end it, we have to understand why it's happening in the first place."

The minister said her department will continue to conduct research on gender-based violence so that they understand the issue, identify gaps and find areas of improvement.

She also said that she sees Women and Gender Equality Canada as a "nucleus" that connects with all other ministries, because gender equality is at the centre of each one.

Ien made the remarks when asked about how she fits into efforts to address the gendered effects of the COVID-19 pandemic, given that other ministers have also been involved in the file.

In March the federal government launched a task force to address the unique challenges faced by women during the pandemic, led by Chrystia Freeland, finance minister, and Mona Fortier, who was then minister of middle-class prosperity but is now president of the Treasury Board.

Gender equality advocates have been sounding the alarm on a rise in gender-based violence during the pandemic, a trend which the United Nations has referred to as a "shadow pandemic."

Andrea Gunraj, vice-president of public engagement at the Canadian Women’s Foundation, said a national action plan to address violence specifically against Indigenous women and girls as well as two-spirit, transgender and non-binary people is important.

"This is a long-standing thing that Indigenous communities have been asking for," Gunraj said. "We've had many reports, we've had many recommendations, now's the time to act on it."

Advocates have been calling for the federal government to put in place stable funding for programs that work to end gender-based violence.

Katherine Scott, senior economist at the Canadian Centre for Policy Alternatives, said she is looking for more details regarding how the national action plan will co-ordinate responses at all levels of government.

Scott, who is the centre's director for gender equality and public policy work, said she is not just looking for a transfer of funds from the federal government to the provinces.

"We're looking for a collaborative, meaningful plan that tracks outcomes and commits to reporting publicly every year about reducing levels of violence among women and others fleeing violence," she said.

Gunraj said when it comes to national action on gendered violence, it's time to look at the full picture of how those solutions are funded.

Citing her past experience as a journalist, Ien said she has been aware of the lack of funding for women’s organizations doing this work.

“They were critically underfunded and frankly, undervalued by previous governments,” she said.

A report by Women’s Shelters Canada from 2019 surveyed hundreds of women's shelters across the country, finding that 74 per cent of respondents said that inadequate funding was a major challenge, while only five per cent said it was not an issue.

Gunraj said while services that focus on prevention and intervention are considered the most effective at alleviating the problem, "they have always gotten the smallest slice of funding compared to the government-led bodies that have addressed things only after they've already happened."

By contrast, said Gunraj, billions have been set aside for policing, prosecution and prisons, even though research shows these responses are not as effective in addressing gendered violence.

Gunraj noted that gender-based violence tends to be under-reported, pointing to Statistics Canada data that in 2016 indicated 70 per cent of people who experienced spousal violence and 93 per cent who experienced childhood abuse had not spoken to authorities.

She also highlighted work by University of Ottawa professors Rakhi Ruparelia and Elizabeth Sheehy that showed when racialized women report violence, their experiences are often taken less seriously in the criminal law system and their perpetrators receive less harsh punishments.