Canada has overpromised on climate and will fall behind competitors: industry group 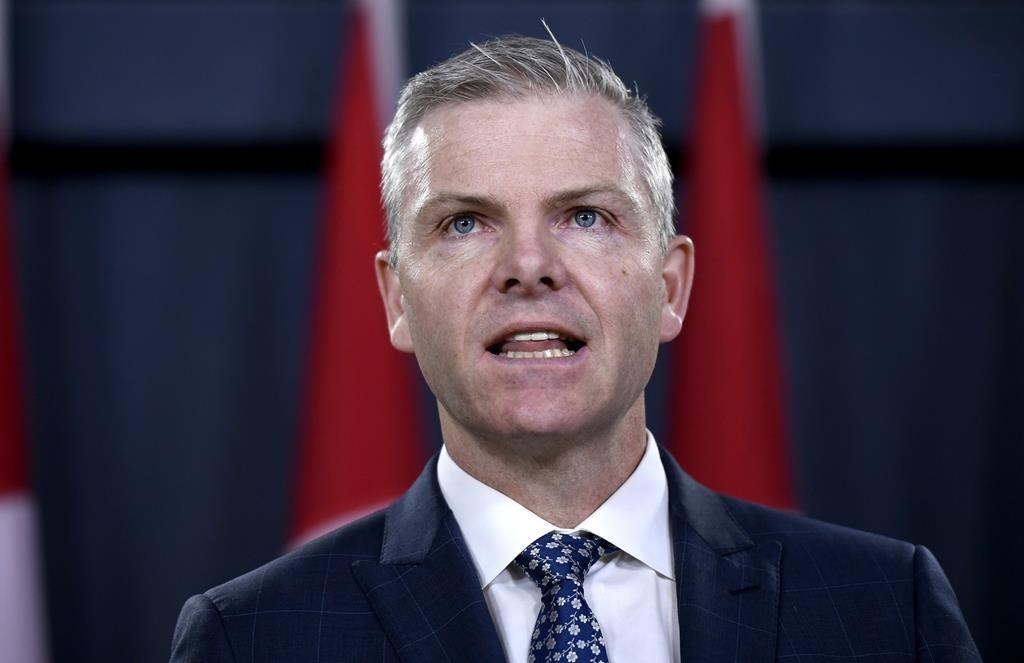 Tim McMillan, president and CEO of the Canadian Association of Petroleum Producers, speaks during a press conference in Ottawa on June 3, 2019. File photo by The Canadian Press/Justin Tang
Previous story
Next story

Canada's climate pledges risk putting the country out of step with its economic competitors, the head of the Canadian Association of Petroleum Producers said Friday.

Tim McMillan says that as Canada increases its environmental ambition at events such as this week's climate conference in Scotland, the federal government must work harder to bring the rest of the world along.

"No single country can go it alone," he said.

"I think that has been the challenge that Canada has had as we've taken some very clear steps that are inconsistent with the rest of the world. You can only do that so long before you just shift your investment to those jurisdictions."

McMillan said Canada's carbon tax — the only one among the world's top 10 oil producers — and its increasingly strict regulations on methane release are examples of where Canada may be singing solo when it should be part of a chorus.

"Canada is looking to again step forward in a very ambitious way before most other countries," he said.

"I'm not saying Canada shouldn't be taking leadership roles or that we shouldn't be constantly improving, because we are. (But) we need a realistic global approach to bring others along."

Until that happens, McMillan said the industry is justified in asking for massive amounts of public support to pay for projects that would store carbon underground or develop hydrogen. Alberta Premier Jason Kenney has placed that figure at $32 billion.

"To achieve the goals that have been put forward there is a unique (role for) government to help," McMillan said. "We need that work."

McMillan's group released a paper signed by nine global energy organizations saying that the industry will be an essential part of the transition away from fossil fuels.

It calls for an international system allowing countries to earn emissions reduction credits for actions such as selling lower-carbon natural gas to replace coal. It also asks for some kind of carbon import tax to protect domestic industries from competition from jurisdictions with lower climate goals.

"It's really early on to think we will be able to get to the nitty-gritty details of what a crediting system would look like," he said Friday from Glasgow.

He said Canada has begun talking about a so-called "border adjustment" with the U.S. and the European Union.

Natural Resources Minister Jonathan Wilkinson, also in Glasgow, disagreed that Canada is moving too far out in front of its peers.

He pointed out an agreement signed this week restricting public international finance of new fossil fuel projects had broad support.

"We signed on alongside countries like the United States and the United Kingdom, which have large oil and gas industries," he said.

A pledge to reduce methane emissions by 30 per cent was led by the U.S. and signed this week by 103 countries. Major Canadian oil companies representing most of the country's production promised net-zero carbon emissions well before Prime Minister Justin Trudeau formalized it in Glasgow.

"The majors have committed to net-zero by 2050 and what we're saying to them is, 'OK, let's partner and put a framework around that,'" said Wilkinson.