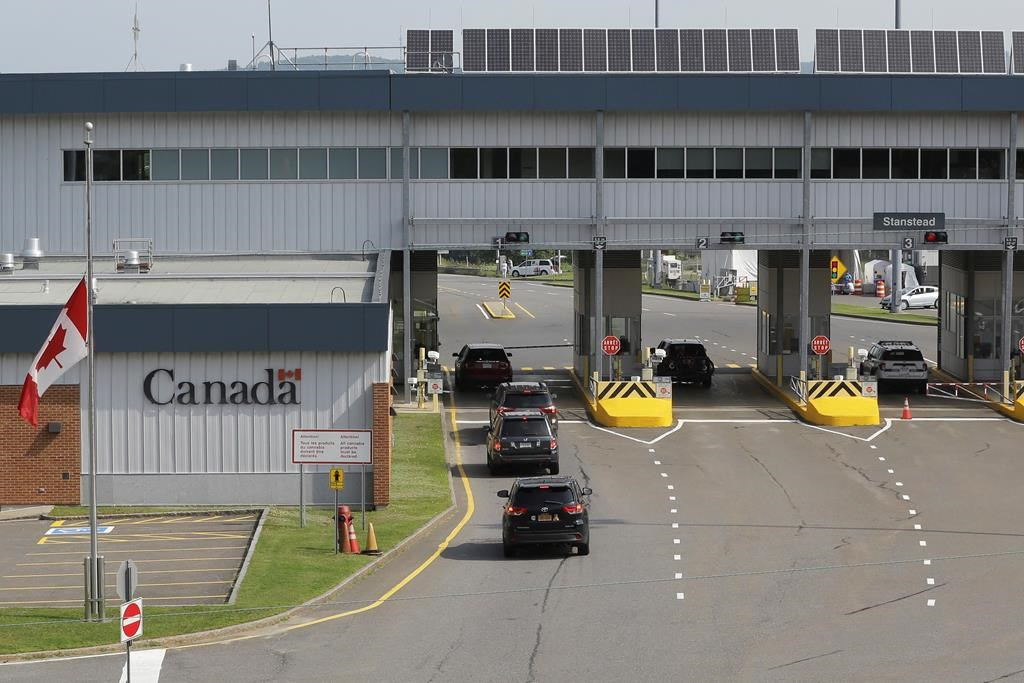 Test requirements for travellers vaccinated against COVID-19 at the Canadian border need to be re-examined, particularly for short trips, says the country's top doctor.

On Friday the Canadian Border Services Agency reiterated the testing requirements for vaccinated travellers entering Canada in advance of the border with the United States reopening next week.

But that policy is being "actively looked at," said chief public health officer Dr. Theresa Tam.

"Just to reassure everybody … we are looking at that quite carefully," she told a briefing Friday.

No changes will be made before Monday when the United States reopens its land border to vaccinated Canadians however, according to a spokesman for the federal health minister.

Currently, anyone crossing into Canada needs to provide a recent molecular test that shows a negative result for COVID-19.

At a cost of $150 to $300 per test, that can be a pricey proposition, particularly for families.

Critics have been especially frustrated with the policy for short trips across the U.S. border, which allows travellers to get tested in Canada before spending up to 72 hours in U.S. and then presenting their negative Canadian test to re-enter the country.

"I’m not sure I understand the rationale for testing travellers who are going to the U.S. for a very short trip," said Dr. Irfan Dhalla, co-chair of a federal advisory panel on COVID-19 testing and screening.

"Even if we were going to require tests from these travellers, a test taken in Canada, before the trip even starts, would not be helpful."

If the concern is that the traveller might become infected in the United States, it would make more sense to take a test a few days after returning to Canada, given the incubation period of the virus, he said.

The policy was initially intended to reduce transmission on either side of the border, and save people in border communities from having to take a test in the U.S. during a short jaunt, according to Tam.

"But I do think that all this needs to be re-examined, as we are doing with all of the border measures moving ahead," she said.

The COVID-19 border measures are governed by an order-in-council that is set to expire on Nov. 21, so Canadian officials will need to decide whether to renew, change or do away with them altogether.

The office of Health Minister Jean-Yves Duclos said in a statement that as the COVID-19 situation and international travel requirements remain fluid, officials and experts will continue to evaluate the measures in place and make necessary adjustments as required.

A roundtable of tourism and travel advocates panned the test requirements for cross-border travel, and said the policy for short trips "makes no sense."

"What would that tell you about what the individual had done while they were away and whether or not they posed a threat?" pondered Perrin Beatty, president of the Canadian Chamber of Commerce, who spoke on behalf of the roundtable Thursday.

"It would simply drive up costs for people travelling without providing any added security at all for Canadians."

Some public health experts have defended the policy, though they acknowledge a test done in Canada won't tell border officials anything about what they were exposed to a day or two later.

"You do not want them to come to a Canadian border and potentially expose important front-line staff," said Susan Bondy, associate professor with the Dalla Lana School of Public Health at the University of Toronto.

The test also makes for better consistency at the border without forcing Canadians to get tested in the United States during their short visit, said Dr. Kwame McKenzie, CEO of the Wellesley Institute, who also served on the federal government's testing advisory panel.

"It seems crazy," he acknowledged, "but they're trying to line up the fact that you need to test to get into Canada … It's not as crazy as it seems."

As for the test requirements for vaccinated travellers in general, McKenzie said Canada's safety standards for travellers are higher than some other countries.

"That is a reason why Canada has one of the lower infection rates and death rates per million population," he said.

There is no doubt that the tests do prevent some COVID-19-positive people from crossing the border, but the question is how many.

Deputy public health officer Dr. Howard Njoo said even some of those who have entered Canada under the current rules have tested positive after crossing into the country. The latest figures from public health show that applies to about 0.18 per cent of vaccinated travellers.

It's difficult to know how many people have had to cancel their plans because they've tested positive because there is no way to track them.

Tam warned that though the fourth wave is bending in the right direction, Canada is still vulnerable to another surge.

At the end of the day, it comes down to risk tolerance, said Bondy, and how much risk reduction Canadians feel is necessary.

"That's the nature of public health, is to wrestle with those thorny issues," she said.