Fully vaxxed Canadians are crossing the border, but COVID tests still a must 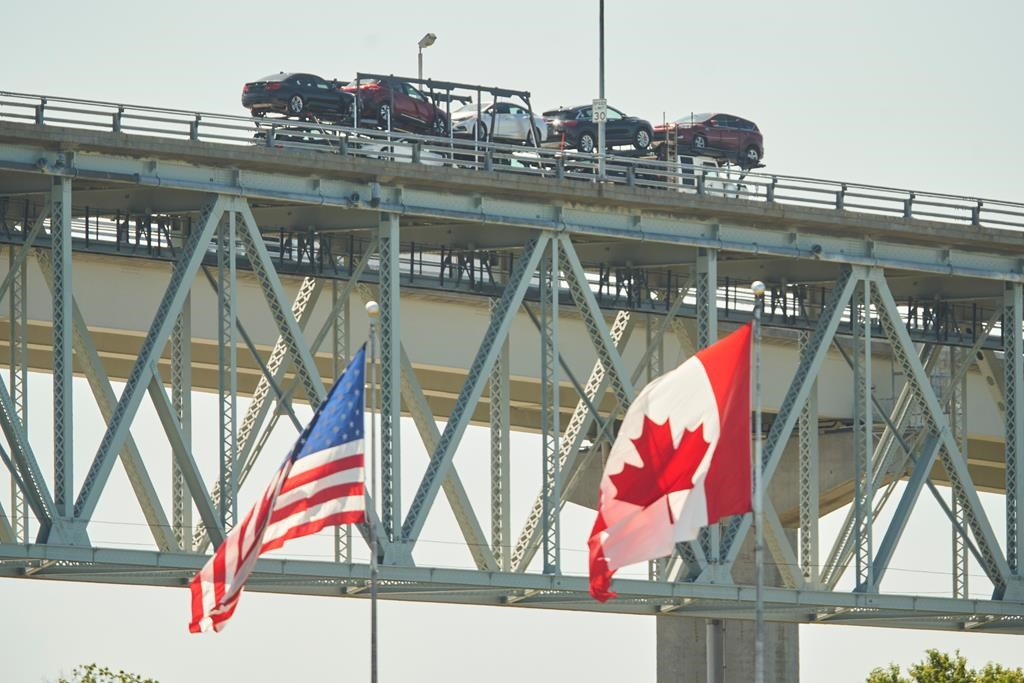 For the first time in nearly 20 months, non-essential traffic is once again moving in both directions across the Canada-U.S. land border.

Shortly after midnight, Customs and Border Protection agents began letting fully vaccinated vacationers, visitors and day-trippers drive into the United States for the first time since the onset of the COVID-19 pandemic in March 2020.

Not everyone is taking advantage, however.

Many Canadians with family members living in the U.S. say they aren't lining up to cross just yet, thanks in part to Canada's requirement that they get a costly COVID-19 test in order to return home.

New York congressman Brian Higgins will join today with mayors and community leaders from both sides of the Canada-U.S. border to urge the federal government in Ottawa to abandon the rule.

Canada's chief medical officer, Dr. Theresa Tam, said last week that the government is well aware of the complaints about the test requirement and that it is under review.

The U.S. is not requiring foreign nationals who are visiting by land to show proof of a negative test, but that won't matter much until Canada does away with the rule as well, critics say.

"There's still barriers," said Marcella Picone, a resident of Buffalo, N.Y., and member of the Facebook group "Families are Essential," which has been lobbying for months for the restrictions to be eased.

"Yes, the U.S. has done the right thing; they're not asking for a COVID test for land entry, so they are easing the restrictions. But now, obviously Canada needs to step up and eliminate their PCR tests."

The Canada Border Services Agency issued a statement last week reminding would-be travellers that proof of a negative test, taken no more than 72 hours before travel, is required to re-enter Canada, along with proof of vaccination.

Not only is the expense discouraging people from travelling, it's a self-defeating measure that does little to improve public safety, said Perrin Beatty, a former federal cabinet minister who now serves as CEO of the Canadian Chamber of Commerce.

"It just makes no sense," Beatty said in an interview.

He pointed to the federal government's own rule that says if a trip to the U.S. will be less than 72 hours long, travellers can get their test done in Canada before they leave and use the same results when returning to the country.

"Who is protected by that? All this does is to waste money and waste people's time."

It also creates what Beatty calls "friction" along a border where people are supposed to be able to cross freely, "but where the cost and administrative hassle is so great that people just give up."

"The friction has essentially meant that the gains that the Canadian tourism sector were hoping to achieve when Canada opened the borders to people coming north just never materialized."

The new land border rules take effect as the U.S. also begins requiring foreign nationals who are visiting by air to be fully vaccinated before boarding their flights.

As of Monday, U.S.-bound air passengers are required to show proof of vaccination as well as a negative COVID-19 test that's no more than 72 hours old for fully immunized travellers, and 24 hours in the case of unvaccinated U.S. citizens and permanent residents.

"After nearly two years of restrictions, Monday begins in earnest the return of international travel, when long-separated families and friends can safely reunite, travellers can explore this amazing country, and the U.S. is able to reconnect with the global community," association president Roger Dow said in a statement.

"It is a monumental day for travellers, for the communities and businesses that rely on international visitation, and for the U.S. economy overall."

The association figures the pandemic has cost the U.S. some $300 billion in foregone export income and more than a million jobs, with travel levels not expected to return to 2019 levels until 2024 at the earliest.

This report by The Canadian Press was first published Nov. 8, 2021.