Wolves hunted by day instead of night during pandemic, documentary shows 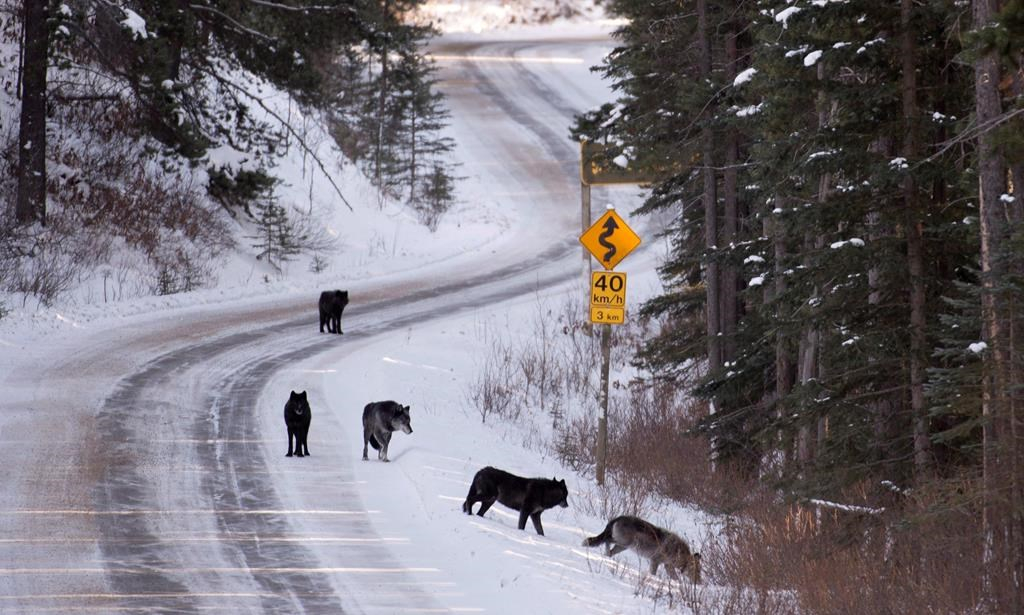 When the COVID-19 pandemic hit in March 2020, wildlife ecologist Jason Fisher and his colleagues at the University of Victoria predicted there would be fewer people in nature and that animals would take back their territory.

But in setting up cameras in the forest of Alberta's scenic Bighorn Backcountry, they found human activity actually increased in the area, as adventure-seekers who couldn't travel abroad flocked to the woods to reconnect with nature during lockdown.

As viewers see in the documentary "Nature's Big Year," debuting Friday on "The Nature of Things" on CBC TV and CBC Gem, Fisher and the team of scientists also discovered coyote and white-tailed deer roaming the area more.

That wasn't surprising, since those animals generally have a positive association with humans and have been shown to thrive when they're around.

What the team didn't expect was that wolves shifted their activity from nighttime to daytime to follow prey there, despite the region's influx of people.

That's significant because changes in wolf activity have a cascading effect on wildlife, said the experts.

"It was that big flexibility in wolves that was a really big 'aha' moment for us, because it's not something we'd seen before," Fisher said in a phone interview, guessing the wolves sensed the campers wouldn't hurt them.

"Nature's Big Year" by Toronto-based director-writer-producer Christine Nielsen features several groups of researchers in Canada and around the globe who embraced a unique opportunity to study the human footprint on nature.

That includes a look at how empty beaches affected nesting turtles in Florida, how a drop in U.K. traffic decreased hedgehog roadkill and how ozone levels actually increased in some areas.

Nicola Koper, a conservation biologist at the University of Manitoba, was part of a team that investigated how 82 bird species across North America responded to changes in human activity during lockdown.

She said they were amazed to find 80 per cent of those species changed their habitat use during the pandemic.

For instance, bald eagles migrated from counties that had fewer lockdowns to those with the strongest lockdowns and the least traffic. And some species increased their presence near roads and airports when travel lessened.

Koper said while traffic levels in North America dropped during the lockdown period they studied, it wasn't as much as some may think, suggesting that even a small reduction can make a big impact.

She was also surprised to find that species widely believed to be well-adapted to humans changed their habits, too. For instance, there were more American robins near airports and roads.

"Clearly they had been displaced from these areas before," Koper said. "We've got these really common species that we have always assumed are fine with humans. But actually, now we know that's not quite true."

Overall, the findings suggest wildlife "are actually much more sensitive to human activity than we realized before," Koper added.

Nielsen said she wrote, directed and produced the film during three different waves of COVID in 11 different locations, including five provinces in Canada. For the stories that weren't in Canada, she directed remotely by videoconference.

She was surprised how "wildlife can adapt so incredibly quickly to changes in human behaviour."

"I think we all intuitively know that if we do something differently, wildlife will respond. But in many cases, wildlife responds overnight."

In Bighorn Backcountry, the grizzly bear proved much less tolerant of the increased campers than wolves.

Fisher said grizzlies moved from the lower foothills to the mountains where there were fewer people, and showed a strong aversion to roads, something scientists didn't see pre-COVID.

The findings point to a need to manage our impact as more Canadians flock to nature during the pandemic, he said.

"Suddenly with lockdown — this is a really poignant part of it — we realized: 'Oh, wow, our tourist footprint is really, really high,'" Fisher said.

This report by The Canadian Press was first published Nov. 9, 2021.